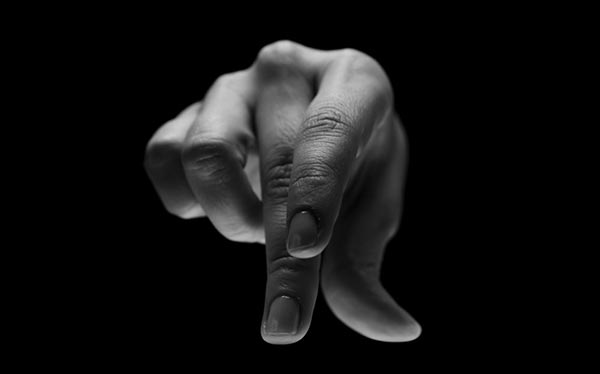 I’ve attended several Cannes Film Festivals in the past, which is where I began to gravitate towards movies in which little happens. This has partly to do with context. During the festival, Cannes becomes a sea of humanity, with 4,000 journalists funnelling into twenty-two Competition screenings. I found myself increasingly grateful for the films that offered an oasis of calm and stillness. (What some would call “boring.”)

For instance, I loved Climates (2006), by the great Turkish filmmaker Nuri Bilge Ceylan, as well as his slightly more action-packed, nocturnal drama Once Upon a Time in Anatolia (2011). Both are slow-moving, pensive films that allow us to sink into Ceylan’s long, exquisitely composed shots as if they were paintings.

I liked Meek’s Cutoff (2010), Kelly Reichardt’s minimalist film about American homesteaders inching their way across the West, for the same reason. Long scenes with few cuts and scant dialogue show a trust in the viewer’s ability to step into the film’s world. It engages us in a more collaborative, less manipulative way.

In fact, the fewer edits per minute a movie has, the more likely I am to embrace it, because our real life more and more resembles a car-chase flick—heavily edited, clamorous, and fast-paced.

So I was happy to discover two oases of calm at TIFF this year—films in which the process of watching also becomes part of the story.

The first was the ethnographic/experimental documentary Manakamana, co-directed by Stephanie Spray and Pacho Velez. This one comes out of Harvard’s Sensory Ethnography Lab, which produced Leviathan, a wave-making (and, for some, motion sickness–inducing) hit of last year’s Toronto festival. The title refers to the name of a Nepalese temple reached by an eight-minute cable-car ride that carries pilgrims and tourists up and down the steep green valleys of Trisuli. The film consists of eleven rides, each shot in one continuous take by a fixed 16-millimetre camera that simply observes the (mostly) Nepalese passengers as they waft and creak up through the air, like skiers on a lift.

Very little occurs. Characters sometimes utter a sentence or two. One handsome couple sits in what appears to be mutual downcast exhaustion until the man finally says, “It is fun to go to the temple.” (A reminder to never trust first impressions of other cultures.) Three longhaired Nepalese boys in rockstar duds take photos of each other, joke, and radiate a gorgeous male energy. A Caucasian tourist writes in her journal, fiddles with her camera, looks at the scenery and finally says “I’m not really a foothills person.”

Each trip is one long uncut, unscored take—a repetitive structure I came to find soothing, like the limbo of a ferry ride in which you expect nothing whatsoever. It disarms the flow of judgment and allows you to notice things. For the audience, Manakamana opens up a space in which to take in these beautiful Nepalese faces gazing back at us, and to imagine their lives, free of commentary.

There were many walkouts during the screening. I have to say that when one ride focused on the hindquarters of three goats for eight minutes, my patience was strained too. But there was also something delightful about the next scene, in which two grown women, perhaps mother and daughter, try to eat their fast-melting ice cream bars during the ride. Their laughter and interaction spoke volumes.

Afterwards, with a surprising lack of articulation for two Harvard grads, the filmmakers talked about the process of making the film (Spray had spent years living in Nepal previous to shooting). Their goal seemed to be to “leave as much as possible up to the audience,” and to avoid any conventional ethnographic framework.

I did love it, though, when one audience member piped up and asked, “What is the theme? ” Themes, how quaint! The two struggled to answer, and Velez did go so far as to say it was partly about “modern transport and technological change in Nepal.” Perhaps he’s had to write too many grant proposals. But this awkward discussion didn’t undo the impact of the film.

I watched the screening with a friend, and when we stepped back outside into the Friday-night frenzy of King Street during the festival, I was grateful for the pace and peacefulness of the experience we had just enjoyed onscreen. The green of the forested valley flowed behind the cable commuters as if they were flying through a dream. And the human face offers its own wordless narratives, if we are persuaded to look at it long enough.

But the most immersive and controversial experience of the festival so far has been Visitors by Godfrey Reggio. This event, staged at the Elgin Theatre last Sunday night, was half film, half live performance, with sixty-six members of the Toronto Symphony Orchestra playing a score composed by Philip Glass.

Filmmaker Steven Soderbergh introduced the film and moderated a postscreening discussion with Glass and Reggio that more than filled in the wordlessness of the film—a black-and-white, high-resolution visual poem that consists entirely of images, in particular a chorus of faces that hold our gaze for minutes at a time.

The first face we see belongs to a charismatic, female lowland gorilla who gazes at us, blinking occasionally. This gal could stare down Clint Eastwood. Then a series of human faces engage with the camera, unsmilingly but with subtle shifts of expression, like clouds moving across the sky. So much is expressed, in the end, by these faces, human and animal. In between are images of the moon surface, of swamps, of stark urban towers and derelict buildings. I found the images too pointed and cerebral at times (the cliché of a deserted carnival, for example). I often felt I could hear the busy intellects at work behind this lexicon of scenes.

But the faces were always subtle, expressive, engaging and unfathomable. And much as I feel that Philip Glass repeats himself and is missing a few keys on his piano, the score was never grandiose, and kept the viewer consistently engaged with what was happening on the screen.

The experience was both irritating and revelatory. It made me aware of my mental habits, especially the desire to have an opinion, any opinion, about what was going on up there. It was not surprising to learn that Reggio had spent fifteen years as a monk. Like a spacious blues song, Visitors invites the mind to limber up and breathe.

After the screening, the discussion between Philip Glass, Godfrey Reggio, producer Jon Kane, and Steven Soderbergh was heady and illuminating—the kind of conversation that TIFF delivers at its best. Reggio, who is more of a McLuhanesque visionary working with talented collaborators than a conventional filmmaker, said his goal was to “inflict stillness” upon the viewer. Most contemporary films, he went on, have many edits per minute. That’s what our eye and minds have become accustomed to—the hyper-manipulation of the action blockbuster.

“My film is eighty-seven minutes long and it has a total of seventy-four cuts,” he said, an approach that helps create what he calls a “reciprocal gaze”—a film with characters who look back at us, viscerally engage us, and “make us aware of the activity of watching.” It’s an experience that lifts us out of our high-speed, over-edited visual culture and briefly repatriates us into a slower way of taking in the world.

A filmmaker friend sitting behind me, however, was in agony throughout. “It’s his idea of a nightmare,” whispered his partner to me. So movies that “inflict stillness” are not going to topple Iron Man 3 any time soon. But Manamanaka and Visitors remind us of cinema’s inexhaustible range—and the lengths we will go to in order to find the films that can transport us.