The Raptors Belong to Toronto, Not Canada | The Walrus
Skip to content 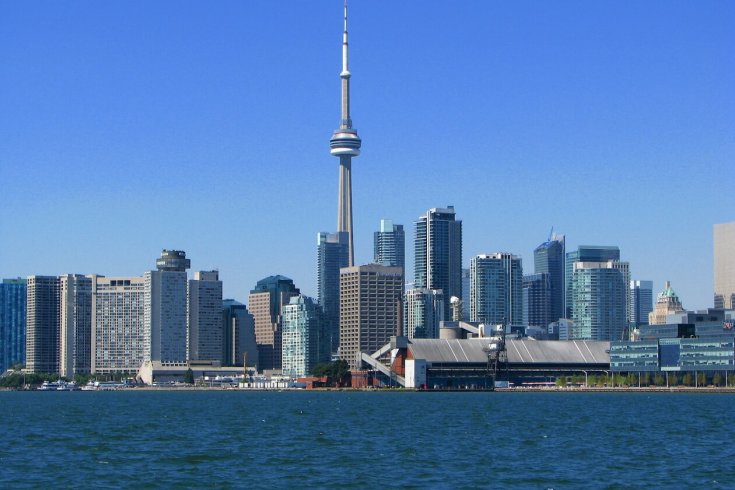 The Raptors are out of the playoffs, and basketball season is over in Toronto. Following an uneasy start last month against the Milwaukee Bucks—and mediocre playing throughout the series—the Raptors’ run came to an end Sunday afternoon when they were defeated by the Cleveland Cavaliers, the same team that eliminated them last year. This loss, though not a surprise, is of course disappointing. But it hasn’t discouraged my support for the team—in truth, I don’t really mind. My Raptors fandom doesn’t depend on any appreciation for the players or confidence in their success; I follow the team because I’m loyal to my city.

I played competitive basketball for a number of years in my youth, so I’d known the Raptors for a while (albeit casually) when, in 2014, the team released a video entitled “#WeTheNorth.” It featured glamorous shots of Toronto’s skyline and, on top of dramatic beats, a grumbling voiceover: “We are the North side. If that makes us outsiders, we’re in.” The admittedly generic video served one particular purpose—it emphasized the team’s geographical and spiritual separation from the rest of the league. The Raptors are the only Canadian team represented in the NBA. After seeing the video, I found I was more drawn to professional basketball than ever before. The campaign ignited my love for the city I grew up in—its diversity of neighbourhoods, abundance of cultural activities, and general energy—and, by proxy, the team it was said to represent.

In their recent years of relative success (including four consecutive years in the playoffs) the Raptors have capitalized on this geographical distinction. Sure, the Leafs are arguably Toronto’s most prominent sports team, but they get their support from lifetime fans who itch for a return to the glory days of the ‘60s; it has little to do with their host city. While the Blue Jays are also well known, they focus on a broader national identity—they sometimes wear Canadian colours instead of their usual blue—rather than on Toronto. Most other Canadian playoff qualifiers flaunt their team identity first and city second. The opening sequence before a Montreal Canadiens game, for example, focuses on the players’ most impressive moments of the season. But the opening sequence before a Raptors game features a map of Toronto. The team’s identity is intertwined with the city, and the strategy is working: revenue for the Raptors franchise has more than quadrupled in the past fourteen years, from $217 million in 2003 to $980 million (US) in 2016, according to Forbes. More than half of that jump occurred between 2014 and 2015—which is when #WeTheNorth was launched.

Three years after its release, the slogan is synonymous with the Raptors. Fans everywhere, myself included, have happily purchased eponymous merchandise. Sweaters and T-shirts inspired by the #WeTheNorth campaign, embroidered with the slogan “Toronto vs. Everybody,” can also be seen all over the city. They embody the very thing that makes Raptors fans so loyal, no matter how our team fares in the postseason. One doesn’t even need to follow basketball at all to appreciate the local pride that the game offers.

All of this emphasis on Toronto identity might seem self-indulgent or unnecessary. But it sometimes feels like we need as much local pride as we can muster. Toronto is often mocked or criticized by Canadians who, for various reasons, have a poor perception of the city’s inhabitants and culture. They spout off complaints of snobbery, elitism, and general ignorance about the rest of the country. Torontonians, they say, aren’t really part of Canada. It’s true: the city is considered by many to be “the New York City of the North”—which means outsiders expect it to have NYC’s levels of congestion, pollution, and uncleanliness, and they feel no allegiance to its prosperity. Whether or not those criticisms are well founded, the result of this disdain from other Canadians is a sense of defiance among Torontonians.

On the other hand, we also cling to a certain thank-goodness-we’re-not-the-United-States patriotism. In the months since the US election that rocked the world, Canadians have wondered how similar we are to our southern neighbours. Many Torontonians have proudly declared themselves different, and they cling to any distinction.

This feeling of exclusion—of fitting in with neither Canada nor the US—has extended into the sports world for some time. Toronto fans have long complained of disproportionate scrutiny applied to Toronto teams during gameplay. One of the most recent instances of outrage was during the 2015 MLB playoff series, during which a number of people complained the Blue Jays were being treated unfairly. They cited the unexplained closure of the Rogers Centre dome (deemed outrageous because the Blue Jays had a clear record of playing better with the dome open than closed), game times that made it difficult for Toronto fans to watch the games, and questionable referee decisions during play time. Torontonians began to feel as though the MLB was conspiring against them. In the wake of these upsets, a change.org campaign was started to investigate the MLB for “Match Fixing and Conspiracy Against the Toronto Blue Jays.” And many fans stuck to one particular fact to back up their claims: the Blue Jays are the only Canadian team in the league. To exclude us would be to have an all-American league; and, to Canadians who value relevance, that seems especially worrisome.

It was around this time that the Toronto VS Everybody shirts began popping up everywhere. While #WeTheNorth merchandise continues to be wildly popular, fans will also sport the former, more combative slogan at games. Rather than pride in the team itself, it is pride in Toronto—and defiance against perceived injustice—that has spawned such a fervent Raptors fan base over the last few years. A new generation of Torontonians is growing up with the Raptors, not the Maple Leafs.

After decades of being Canada’s most scorned city, topped with a multitude of Leafs losses, Toronto needs a team whose success is based on brand, not score tallies. The Raptors may never win the playoffs, but as it turns out, they’ve succeeded where it really matters.

Laura Thistle (@lauraCJthistle) has written for The Bull & Bear and Cite Libre.