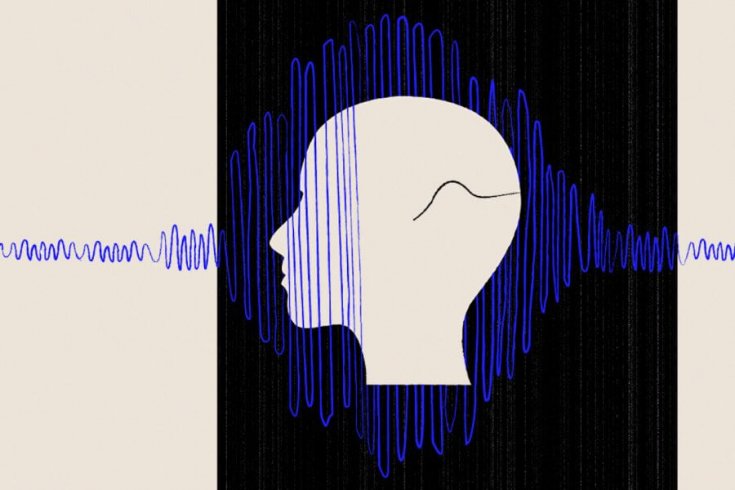 Mei Chan-Long tentatively touches the left side of her head, drawing attention to a ten-centimetre crescent-shaped scar outlining the top of her ear. “My skull implant,” she says. Three years after her surgery, the forty-seven-year-old sculptor still shaves her hair around the scar. “I want to look at it sometimes, to feel that it’s real,” she says. “I don’t want to deny what has happened. This is my life. I have epilepsy. I accept it.”

Since the time she was a child until her surgery, she would endure ten or more small seizures every day. Because she wouldn’t always fall on the ground and convulse, no one realized that these momentary lapses were epilepsy until she had a grand mal seizure that landed her in the ER on New Year’s Day 2012. “I didn’t know much about epilepsy, and I just thought I was different, lost in my world,” says Chan-Long. “I told my doctor, ‘I think there’s something wrong,’ but she just said it was stress or something.” A scan revealed that she had a benign brain tumour called a cavernoma. Two years later, a surgeon at Toronto Western Hospital made an incision in the side of her skull and removed the tumour.

Chan-Long’s wait for epilepsy surgery is not uncommon. But, over the last four years, a group of epilepsy experts and the Ontario Ministry of Health have reorganized how the province treats the approximately 90,000 Ontarians who have the condition. Under the new system, the first of its kind in North America, doctors are mandated to refer a patient to an epilepsy centre for evaluation for possible surgery if two medications fail to control the seizures.

Typically, a person who has a seizure is given a drug to prevent further episodes. If that doesn’t work, the doctor will try another drug—then another and another. This can go on for years. In the meantime, the person’s life can be permanently damaged. One-third of people with epilepsy can’t be helped with medication but approximately 20 percent could be cured by surgery, a 2012 report by the Ontario Health Technology Advisory Committee found. The new rules are just one part of Ontario’s comprehensive epilepsy program, which was launched with a starter fund of $8.7 million in 2014 and a promise of $18 million in each subsequent year. Seven Ontario hospitals have now been upgraded to specialized epilepsy centres to assess patients for surgery. Approximately seven in 1,000 Ontarians have epilepsy, which the World Health Organization describes as one of the most common serious neurological disorders in the world.

While seizures can sometimes go away over time, epilepsy is often a lifelong condition—electrical impulses in the brain suddenly start firing randomly with little or no warning. People with epilepsy can die from drowning or being hit by a car or what’s called SUDEP, sudden unexplained death in epilepsy. Injuries from cuts, burns, and falls during an episode are common. Many don’t drive. “People who have epilepsy don’t want to tell other people,” says Taufik Valiante co-director of the surgical epilepsy program at Toronto Western Hospital. “It affects them cognitively, psychologically, and socially, so they don’t engage.” This isolation has affected the quality of the care they receive, he says.

Surgery for epilepsy takes many forms, depending on where in the brain the seizures start. If the abnormal electrical impulses fire in one particular spot—a condition called “focal seizures”—then surgery can stop the seizures by removing or cauterizing that specific area. Sometimes, the procedure is not possible because the area is in a vital area of the brain, such as the part the controls breathing, or because the seizures don’t have an obvious starting point. Nonetheless, two-thirds of people whose seizures can’t be cured with drugs—or about 20,000 people across Ontario—are considered to be candidates for surgery. Until the system revamp in 2014, less than 2 percent of these people received surgery. It’s now closer to 4 percent, says Valiante.

One of the limiting factors for surgery is a shortage of specialized hospital beds that allow doctors to continuously record patients’ brainwaves over several days to find out where the seizures start. The new comprehensive epilepsy program has so far increased the number of beds from seventeen to thirty-eight in the province, with at least one in each of the specialized hospital centres.

The upgrade has reduced wait times, says Sharon Whiting, vice-dean at the Faculty of Medicine of Children’s Hospital of Eastern Ontario, and one of the architects of the changes. Her epilepsy clinic can now see children within a month of being referred by their family doctor. “We’re now leading the country in how it should be done,” she says. Despite these signs of progress, the doctors who treat epilepsy remain an obstacle. A 2016 study found that more than half of Ontario family doctors don’t know what types of epilepsy can be treated with surgery. Epilepsy experts are still struggling to spread the message that all patients who are still having seizures after trying two drugs must be considered for surgery.

Valiante suspects that most doctors outside the big research centres aren’t properly educated about epilepsy. One problem, he says, is that medical schools fall short. “Until I started here, we didn’t have a single lecture on surgery as an option for epilepsy,” he says. There are now a few lectures on epilepsy in the University of Toronto medical school syllabus. The Ontario government recently earmarked $900,000 a year for Project ECHO—a program that trains physicians in suburban and rural areas to improve their skills—which, in the case of epilepsy, will help them recognize when to send a patient for surgery. Originally designed to educate doctors in New Mexico to treat hepatitis C, the system is now used for sixty-five other conditions, including opioid addiction, arthritis, and psychiatry, in twenty-three countries.

The ECHO model aims to make specialized knowledge accessible to health care professionals in remote areas by video-conferencing local physicians with expert doctors at large centres. Ontario’s ECHO program aims to train a hundred local doctors and nurses a year. “Disparity in epilepsy care in Canada will keep getting worse unless a new way of getting this knowledge to the last mile of health care is found,” says Sanjeev Arora, a liver-disease doctor at the University of New Mexico and the ECHO program’s creator. “That’s exactly the kind of thing ECHO’s meant for.” But he is sympathetic to the plight of physicians trying to treat epilepsy outside the main centres. “All over the world, there are long waits to see a specialist,” he says. “The traditional model is that you move people instead of moving knowledge. Our hypothesis is that, if you move knowledge, it’s more efficient.”

Even though Mei Chan-Long’s scans showed a tumour, her doctor delayed sending her for surgery. “I felt stuck,” she remembers. After receiving the surgery, she says, her life has been transformed. “I didn’t think I was going to get better and I was just lost,” she says. Since her surgery, her seizures have decreased from as many as ten per day to one or two a month.

Helen Leask has written for the Globe and Mail and Maclean's.