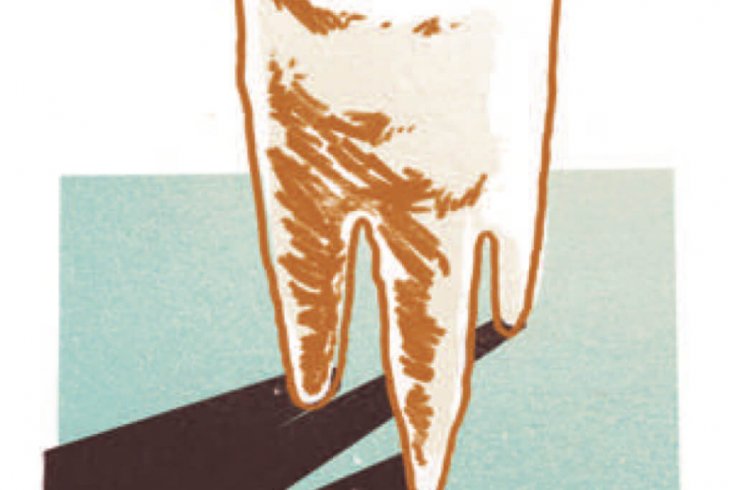 If you turn away from the ancient beauty of Mistissini’s forested lakeside, it looks for all the world like a suburb, with wide streets and rows of identical houses. It’s a town built for driving, although it stretches only a couple of kilometres end to end and you rarely need to get anywhere quickly. Even on a bright summer afternoon, the place has a suburban hush; except for the odd street hockey game, the kids are all inside playing video games. The busiest spot in town is Adels restaurant, which serves up burgers and poutine. It seems the largest of Quebec’s James Bay Cree communities has adopted many characteristics of southern culture, and not all are welcome.

“We had no diabetes before, because the people were very active and very slim,” elder Minnie Awashish explains through an interpreter. After a controversial 1975 settlement with Hydro Quebec, the Cree redeveloped Mistissini and stopped relying on the bush for their livelihood. She gestures to her generously round body: “That’s why you see us like this.” Awashish herself is among the 20 percent of Cree adults living with type 2 diabetes, which can lead to blindness, kidney failure, heart disease—even death. She’s also a traditional Cree healer. She learned to prepare and administer medicinal plant and animal extracts from her father, who learned from his parents, but those skills had fallen out of favour—until recently. Today the Cree, as well as some interested neighbours to the south, think traditional medicine may be the key to treating this modern affliction.

Just before the turn of the millennium, when it became clear that clinical medicine wasn’t curbing diabetes (dosing regimens don’t necessarily mesh with the Cree rhythm of life), community leaders began looking for ways to integrate indigenous healing. The initiative soon captured the attention of Université de Montréal pharmacologist Pierre Haddad, and in 2003 healers in four Cree communities, including Mistissini, agreed to collaborate with him and a team of other researchers to investigate traditional medicines’ effectiveness. Armed with a list of symptoms, the healers identified plants that might combat them, with seventeen making the short list for further study. Guided by the healers, the researchers then collected the plants and, in university labs, characterized the chemical makeup of various extracts and assessed treatment outcomes, first in cell cultures and then with mice. Their findings, now appearing in prestigious journals such as Molecular Nutrition and Food Research, show some of the remedies to be as beneficial as prescription drugs typically used to manage diabetes.

The work constitutes an unparalleled validation of traditional medicine, but freely sharing this information has its risks, as the history of aboriginal exploitation demonstrates. “First Nations people have to take a leading role in making sure we protect our own rights,” says Kathleen Wootton, deputy chief of Mistissini from 2002 to 2010. Concerned about potential abuse, she enlisted lawyer Elisabeth Patterson to draft a research agreement. “People talk a lot about traditional knowledge protection, but it is rarely translated into legal terms,” says Patterson, who has worked for various Montreal firms specializing in aboriginal issues. “There were really no precedents.” So, building on guidelines from the United Nations Convention on Biological Diversity, and with the scientists’ support, she and Wootton set one, with the Cree and the university researchers to share in new discoveries arising from the collaboration. “It’s essentially half and half,” Patterson says of the agreement, signed in October 2009. “But if there is a disagreement over what to do with any new knowledge—say, using it to develop drugs—the Cree get to make the call.” They also hold a veto on information to be released, so all documents produced by the researchers are translated into Cree and read to the elders, to receive their nod of approval before going to publication. The contract is considered a model for defining future collaborations between First Nations and university researchers.

Whatever else may come of these scientific and legal breakthroughs, however, the goal has always been to improve the lot of the Cree communities involved. To that end, the Cree Health Board recently began a two-year study to establish how traditional and European approaches might best work together. “Originally, we wanted to have both types of medicine available at the clinic, so patients could choose between them, and if problems arose in treatment then the doctors and healers could help each other out,” says Paul Linton, the CHB director responsible for coordinating the study. “But the elders thought that might not be a good idea, because of the smell that results from making some remedies. They also felt they should be prepared in the traditional way.” Now, although study participants have their blood sugar and blood pressure monitored by clinical staff, they visit healers at remote camps to learn how to make their own medications.

And they are doing so in increasing numbers, heading off the suburban roads and into the bush to gather the plants that will help them forge a healthier future. “We want to be there for our community,” Awashish says, on behalf of those whose skills were all but lost to modernity. Thanks in part to their allies in labs and clinics, there is once again a role for traditional healers.

Search for the Cure

Western medicine misses the trees for the forest

The Huron cure for scurvy was nothing short of a miracle for Jacques Cartier and his men during the frigid winter of 1535: “If all the doctors of Louvain and Montpellier had tried with all the medicine in Alexandria,” he wrote in his journal, “they could not have done as much in one year as this tree did in eight days.” Cartier praised God for the remedy, neglecting to thank his native hosts for his crew’s salvation. He also neglected to translate anneda, the Iroquoian word for the curative evergreen, possibly cedar, in his notes—an oversight that would cost many mariners their teeth, if not their lives. It took A Treatise of the Scurvy (1753), by Scottish surgeon James Lind, for a cure to be recognized in Western medicine.

The Spanish Flu Rewrote History. Will This Pandemic Do the Same?

Why Are Canada’s Public Bathrooms So Inadequate?

A Warning from the Chickens of the World