The Haters among Us | The Walrus
Skip to content 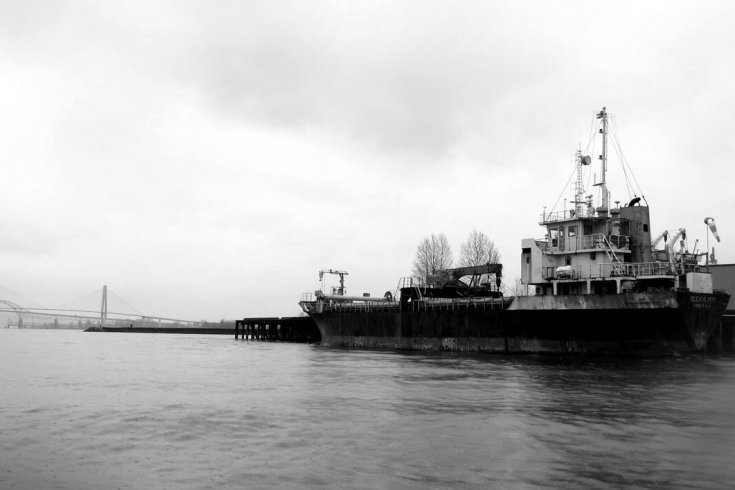 Are Canadians simply better people than Americans and Europeans? Have we cracked the formula for compassionate, inclusive, outward-looking Western nationhood? In a recent Walrus article, Jonathan Kay argued yes: while a buffoonish Islamophobic thug predates the Oval Office, Canada throws out a flinty Conservative and installs a Care Bear in the Prime Minister’s Office. While European countries confront a furious backlash against Muslim migration, Prime Minister Justin Trudeau meets incoming Syrian refugees at the airport with smiles and winter coats.

Certainly by global standards, Canada is doing pretty well. If we can manage briefly to ignore the national sucking chest wound that our worst-off aboriginal reserves represent, perhaps there is even cause occasionally to feel smug about it. But while Kay portrays himself as a reluctant braggart, he overlooks some obvious reasons for scepticism in the recent Canadian history that informs his argument.

Unlike in the United States and Europe, he notes, anti-immigration is such a fringe position that no mainstream politician would describe himself as such in last year’s federal election. “One of the most disastrous decisions Stephen Harper’s government made,” he asserts, “was to appear heartless in response to the 2015 migrant crisis.”

That was certainly the bien-pensant consensus in the days after photos of Alan Kurdi’s body, face down on a Turkish beach, flashed around the world. “One incident has changed everything, not just in Canada but among huge numbers of people in many countries around the world,” Richard Gwyn wrote in the Toronto Star. “Harper didn’t understand what was happening.”

And that, said Gwyn and many others, would be his undoing. “This election is over.”

It simply wasn’t true. Beginning in early September, when little Alan drowned in the Aegean, the Tories’ poll numbers rebounded steadily from what had been a historic low. On September 8, Nanos Research reported the Tories at 26 percent, seven points back of the Liberals; by September 29, they were tied at 32 percent.

At the same time, polls found little support for massively ramping up resettlement of Syrian refugees. In a poll published September 11, Ekos found 69 percent of respondents thought the Conservative promise to resettle 10,000 refugees over four years was “too many” or “just right.” Liberal voters were evenly split: 49 percent said too many or just right; 48 percent said too few.

Thus each party boasted of its own targets and criticized the others’, even as commentators and activists excoriated both as unconscionably low.

The rejection of the Conservative record proved Canada’s moral superiority on other fronts as well, Kay argues. Indeed, he suggests Harper’s government in its latter days might be as close as we ever come to “a Donald Trump moment.” The Conservatives “railed against niqabs,” for example, “but it never quite caught on as a long-term political strategy among anyone under fifty.” Equally, he says, “Canadians simply had no real appetite” for cutting medical benefits for refugee claimants.

The election night results certainly suggest many Canadians found these policies insufficiently compelling to vote Conservative. But a Forum Research poll had Canadians evenly split on the question of “refugee claimants [receiving] the same helath care as Canadian citizens.” And a poll conducted by Léger for the Privy Council Office in March 2015 found 82 percent of Canadians supported banning burkas and niqabs at citizenship ceremonies—81 percent of them, “strongly.”

It is true, as Kay suggests, that support for the ban was greatest among Canadians fifty-five and older, at 85 percent. Among eighteen-to-thirty-four-year-olds it plummeted . . . all the way to 77 percent.

“Quebec” is a word I was surprised not to stumble across in Kay’s piece. To the extent federal Conservatives tried to foment concerns about Muslim Canadians, they didn’t have to look far for inspiration: for the better part of a decade, since the all-white hamlet of Hérouxville issued its code of conduct for immigrants, the Rest of Canada has watched through its fingers as Quebec’s politics descended into precisely the sort of flailing paranoid nativism Kay claims, has no purchase here.

Hijabs in high school classrooms; hijabs and turbans on soccer pitches and in taekwondo tournaments; kirpans in schools; the clear identification and refrigeration of kosher and halal meat, particularly in schools and hospitals; outside food exemptions for Muslims at amusement parks; parking regulations near churches, synagogues and mosques on holy days; the reported shielding of conservative Jewish passers-by from scantily clad exercisers in a YMCA window. No issue was too minor or silly (or invented) to wind up on the front page of Le Journal de Montréal and send social media and talk radio ablaze about the future of Quebec civilization.

This moved votes. Under Mario Dumont, in 2007, the Action Démocratique parlayed Hérouxvillisme into Official Opposition status. The Parti Québécois, spooked at its third-place finish, took that on board and seven years later gave us the toe-curling Charte des Valeurs: In the name of secularism, public servants would be forbidden to wear kippas, turbans, hijabs and ostentatious crucifixes—even as Maurice Duplessis’ ostentatious crucifix would dangle portentously above the president’s chair in the National Assembly.

Amidst the ensuing furor, niqabi daycare workers were photographed with children in public and posted on Facebook, attacked on social media and talk radio. Their defenders—notably the parents of their non-Muslim charges—were pilloried. Feminist icon Janette Bertrand publicly imagined Muslims taking over her condominium’s swimming pool. PQ leader Pauline Marois clarified that her charter wouldn’t actually prevent such an annexation, thanked Ms. Bertrand for “speaking from the heart,” and demanded Liberal leader Philippe Couillard apologize for suggesting Bertrand’s fantasy was “xenophobic.”

For smug Canadians, the good news is it didn’t really work. The Action Démocratique n’existe plus. The PQ flamed out. But Couillard’s government, like Marois’ and like Jean Charest’s before him, promises to prohibit citizens from receiving public services with their face covered, and public servants from delivering them—a “burka ban,” in common parlance. Denis Coderre, the Liberal mayor of Montreal, the purported capital of libertine Canada, supports the ban on niqabs at citizenship ceremonies.

By global standards these aren’t outrageous opinions, and venting anonymously to a pollster is a long way from doing so in a public demonstration or at the ballot box. But I think Kay sashays past a key plausible explanation for the difference—certainly with Europe, if not the United States.

“Unlike the nations of Europe,” he observes, “we are a difficult destination for Muslim refugees to reach, which means we always will be less receptive to fears that our society is under ‘siege’ from hordes of newcomers.”

This is absolutely true. But consider the angst when ships full of Sri Lankan refugees arrived in British Columbia waters in 2009 and 2010. Were there Tamil terrorists aboard? Public Safety Minister Vic Toews suggested he had “reason to believe” there might be. Would Canada now be flooded with such illegal arrivals? Martin Collacott, former high commissioner to Sri Lanka, warned Canada was “the easiest mark in the world.” Angus Reid found 48 percent of Canadians thought the Sri Lankans should be deported, terrorists or not. A Sun Media editorial demanded a “lock and load” approach for any further incoming vessels.

Relative to its population, that’s what Sweden in particular, and Europe as a whole, has endured. Now imagine news reports of migrants attacking women at public celebrations in the North American equivalent of Cologne, and an admitted police coverup of same. Imagine a squalid, lawless camp in a North American version of Calais, with a crucial border crossing reduced to chaos. Imagine a report of a little boy raped by an Iraqi migrant in an Austrian swimming pool.

Of course these incidents do not impugn all Middle Eastern migrants, and that’s what many Canadians would say. It’s what many famously welcoming Swedes have said. But it hasn’t stopped public opinion from turning in what Foreign Policy recently described as “the most generous nation on earth”—to say nothing of Austria, Switzerland, Hungary, and other far less welcoming nations.

In such a situation, might Canada lose its cool? Might it find itself facing precisely the sorts of criticisms Canadians have levelled at Europeans? I don’t see why not. And lucky as we are not to have to contemplate it, I’m inclined to keep my mouth shut. When you’re born on third base, it’s best not to put on too much of a show as you cross home.

Chris Selley (@cselley) is a columnist at the National Post.