The Handshake and the Calligraphy Brush | The Walrus
Skip to content 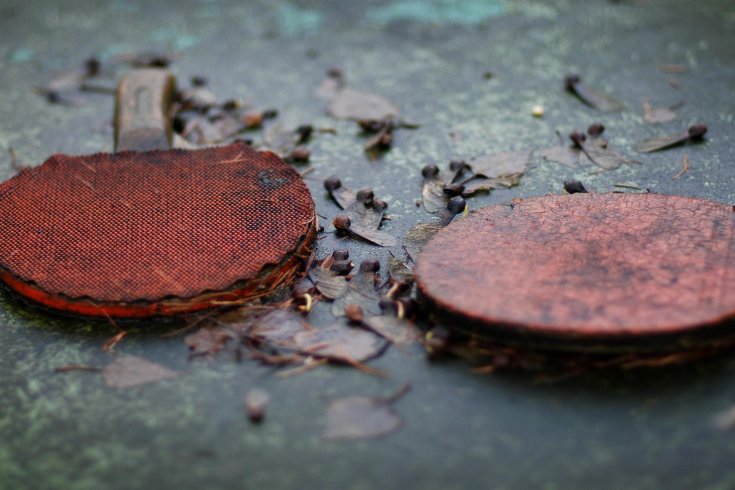 I’m hitting the ball, really fast, over the Ping-Pong net at Fukuoka-san—and the ball is coming back even faster, glancing the corner, impossible to return. Fukuoka-san is dressed in a young woman’s slim black slacks and pink shirt, but she is playing like Novak Djokovic on steroids. This is a bit surprising, because Fukuoka-san can barely see over the top of the table. It’s also a bit humiliating because she’s eighty-one years old.

“Aren’t you tired? ” I gasp, as we finish thirty minutes of fierce practice and sweat is falling off me and I’m completely out of breath.

“No,” she says with absolute serenity. “I’m never tired because I never move.”

When I moved from New York City to the ancient Japanese capital of Kyoto twenty-eight years ago, I was travelling in order to learn about unmovedness—and focus, and the beauty of being knit into a community. So I checked into a Zen monastery for a year. Of course my high-minded year lasted exactly a week, which was long enough to find that a Zen monastery in practice is nothing like the one you imagine when you’re sitting in midtown Manhattan. It’s not just about watching the full moon and composing deathless haiku; it’s mostly about scrubbing floors and washing dishes.

So I moved into a single room on the back streets of Kyoto and my second week there, I met the glamourous woman who would become my wife. Our courtship was not an easy one: I had to watch the movie Goonies again and again. I had to pretend to love Sting as much as Sting seems to love Sting (which is no easy thing). Most of all, I had to tolerate Hiroko’s love of exercise. Every time she had a day off, she would go across the street to the gym and devote herself to literally seven or eight hours of high-intensity aerobics, kickboxing, weight training, and yoga. My idea of exercise is watching her head out of the door and then collapsing into an exhausted heap.

The Japanese are nothing if not patient, however. Seventeen years after we first met, she came back from the gym one evening and said, “Didn’t you used to play Ping-Pong? ”

“Sure—thirty years ago when I was trying to get out of homework at school.”

It didn’t sound promising but I followed her across the street the next day and we found ourselves in a spotless, blond-wood studio in the gym where two tables had been set up and eight elderly Japanese were playing in a furious, concentrated silence. Space was so cramped that on each of the tables, two different pairs were practicing at the same time—some hitting forehands across the diagonal, some hitting backhands. Every now and then, the balls would collide in midair and everybody would say, “Whaa!”

“Would you like to join us? ” said a man in his seventies in rather elegant English.

I joined in, and quickly found that men mostly played with men, and women played with women. When the games began, they were always of doubles, and somebody would announce the score, very quietly, in a kind of English—“all seven,” or “deuce one”—but everybody tried really hard not to listen to the score. Except that between practice points, or even between games, the pairs would change at the speed of light to ensure that nobody would keep losing.

And so I started going across the street every night, and I learned how to choose my partner using Rock, Paper, Scissors. I saw that the men were officially in charge but the women were calling all the shots. One of the women was a grandmother with a grey buzz-cut, and she would literally windmill her arm around before every serve. Whenever she and I would win a point, she would dance around like an excited bear and high-five me.

One of the men, who always looked very forbidding and stern at the local bus stop, only had to see one of his slams go on and he would pump his fists and cry, “Yosh!”

One night I went back to my apartment and I opened the book that I had been reading and found the perfect quote from Herodotus, of all people: “Man is most himself when he achieves the seriousness of a child at play.”

The studio where we practiced had floor-to-ceiling mirrors on two sides, and on the third, a window looking out on our central neighbourhood park. So in November I could see the blaze of the maple leaves, and in April I could see the cherry blossoms frothing. Sometimes one member in our group of thirty or so would suddenly disappear, and I’d ask what happened. I would just get back the single Japanese word, gan, or cancer.

Sometimes a small, very sweet, rather clumsy-looking guy clutching a man-purse would show up, and all my pals would ask me to play with him. In time I realized it was because he was a professional gangster—and none of them wanted to get close to him.

In time I also realized that nearly all my new friends had been children during the war. So they had endured years of bombing and then years of starvation at the end of the war. They were the ones who had made the Japanese Miracle.

One man told me how he had been posted by his company in the British Midlands in 1963 with not a word of English and not a single other Asian face to be seen. One day his daughter visited and I met a very sleek, senior purser for Cathay Pacific Airways. I really felt as if I was seeing the history of modern Japan.

But I also felt I was seeing the predicament of modern Japan. Because some of my new companions would use the “handshake grip,” the traditional Western style of holding the paddle as if you were extending your palm to say hello. Quite a few of the others used the traditional Eastern style known as the “pen-holder grip,” whereby you clutch the paddle as if you were wielding a calligraphy brush.

That seemed to be the state of modern Japan: halfway between China and North America, not sure how much to follow Marshall McLuhan and how much Confucius.

One of the very first things you learn when you get to Japan is how hard it is to eat noodles with a knife and fork. The second thing you learn is how difficult it is to eat steak with a pair of chopsticks.

So the seasons passed—forty-four of them, and counting—and one day I suddenly heard one of my partners shout in English, “Oh no!” and realized I was leaving my mark on them as much as the other way around.

Then I heard somebody should “Dame desu!” and I realized it was me. And one night, finally, one of my slams hit the table and one of the grandmothers turned to me and said, “Eh, sugoi, Pico-chan!” using the affectionate suffix generally reserved for very close friends, children, and pets.

I went across the road and reported this to Hiroko, and she said, “You’ve become an idol! Here you are—fifty-three years old, five-foot-seven and a half, nobody’s idea of a heartthrob. And yet you are the youngest by twenty years, you’re one of the tallest, and you’re known only by your first name, like Beyoncé.”

I looked around the two-room apartment we have shared for more than twenty years—no car, no bicycle, no TV I can understand, no media whatsoever—I thought of the Ping-Pong club and I remembered why I had come to Japan in the first place: to learn about stillness, attention, and the grace of being knit into a community.

I seemed to have found my monastery at last.

Pico Iyer (@PicoIyer) is the author of two novels and ten non-fiction books. His new book, Autumn Light, will be published next spring.