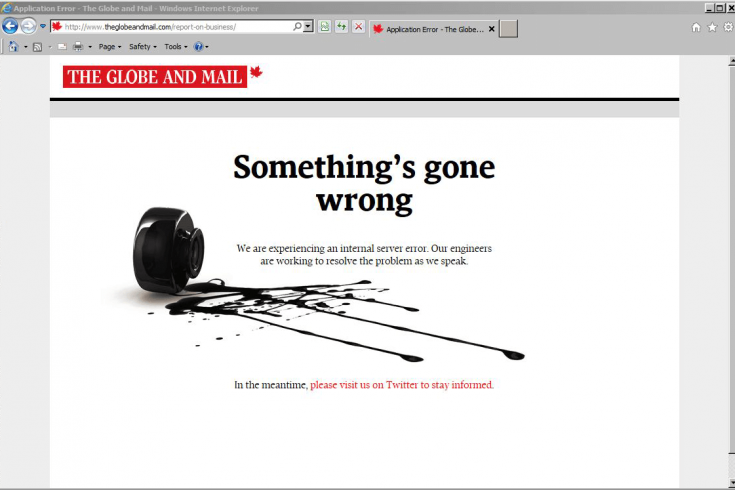 Three years ago, Chris Spence, then head of the Toronto District School Board, was nabbed for plagiarizing parts of an op-ed he wrote in the Toronto Star—specifically, a conversation he claimed to have had with his son about a mass shooting in the US. As it transpired, Spence lifted the story whole cloth from another source. In the ensuing scandal, reporters exposed Spence’s habit of dropping unattributed passages into his speeches, his writing and, most problematically, his PhD thesis.

Once the initial story broke, further examples surfaced. When I began reporting a profile of Spence for the Globe and Mail, I found several more instances simply by Googling phrases from his pronouncements. Among them: an elegant aphorism about students that Spence recited in the pep rallies he held with the TDSB’s teachers. It didn’t take long for public, political, and media opinion to congeal into a broad consensus, which is that Spence, as an educator and role model, had to go. Apologies and contrition weren’t sufficient because of the risk of moral hazard: If the board’s top official couldn’t adhere to one of the most basic rules of academic conduct, what message would this institution be sending to its 250,000 students?

The Spence story is one of many examples—the latest being two revelations about Globe columnist Margaret Wente’s reliance on unattributed or slightly re-worked passages—of how plagiarism not only makes news, but often (though not always) provokes an institutional response.

But in “The Little Book of Plagiarism,” Richard Posner, a US judge and intellectual property expert compiles all sorts of examples—everything from Shakespeare’s copying of his contemporaries’ prose to Joe Biden’s unattributed cribbing of Neil Kinnock’s campaign speeches—to illustrate that the consequences of a transgression he variously describes as “a gaudy offense” and “intellectual fraud” do run the gamut.

Sometimes, the penalties can be severe and even far-reaching, as happened with the New York Times after the Jayson Blair affair. In other cases, Posner explains, the fallout is negligible, and appropriately so, given (in some cases) the scant external harm created by this species of cheating. The primary victim, he observes, may well be the perpetrator, who endures, well, enduring shame. “The stigma of plagiarism seems never to fade completely, not because it is an especially heinous offense but because it is embarrassingly second rate . . .”

Posner also points out that the definition is highly mutable. When a judge uses large unattributed chunks of a clerk’s preliminary drafts of an opinion in his or her final ruling, no one shouts about plagiarism; indeed, the practice is widely accepted. But professors who use sections of a graduate student’s work without duly citing those passages are guilty of a far more serious breach, and one that is easily concealed if the original writing had never been published.

In other words, as the Spence case illustrated, context matters.

To that point, I’d say the latest Wente news (a pair of columns with unattributed passages, a pair of Page 2 corrections that didn’t mention her by name, and a vague promise from editor-in-chief David Walmsley to work with the columnist to ensure this doesn’t happen yet again) are not really about Wente, who was reprimanded in 2012 in almost identical circumstances. As I have learned when I give journalism school classes the obligatory bell-wringing talk about plagiarism and reputational suicide, the kids already know all about her habits.

Rather, the question hanging over this latest episode is what the general public is to now conclude about the Globe’s self-policing policy (entrusted to Sylvia Stead, public editor), and the role that such accountability mechanisms play in the way the Globe reports and analyzes the news, and, more broadly, defends its brand.

An easy and at least partially correct answer is: the public doesn’t give a shit.

Few people outside the chattering classes likely know about the Wente affair, wouldn’t much care if they did, and probably share the generally dismissive view of journalists and media organizations: that we are bottom-feeders and will do anything for a story. And certainly, reporters are guilty of far worse crimes, including rushing to judgment and mulching the reputations of people caught up in media-fueled scandals that turn out to be nothing much.

Yet I’d argue that the Globe—and other newspapers of record, including the Times—function within an elite public sphere where issues of good governance, transparency, and accountability are vigorously debated and examined. The Globe’s long-standing mission statement—“the truly loyal subject shall neither advise nor submit to arbitrary measures”—attests to the paper’s desire to compete in this arena, as opposed to less self-important forms of journalism.

Just consider the Globe’s institutional pre-occupations: corporate board practice, the revelations of accountability officers, fiscal responsibility, the conduct of government officials, and so on. Anyone with even a passing familiarity with the Globe’s op-ed page knows that its editorial writers and columnists routinely fulminate about failures of governance, rule breaches, and pretext politics.

It is, as Janius’s maxim amply suggests, an institution that believes fervently in liberal imperatives such as accountability and transparency—the Globe’s brand promise, to use the more contemporary language of marketing.

I’m not going to offer up the easy suck-and-blow argument here: journalists and media organizations, the Globe among them, very rarely find themselves in positions of unblemished moral authority, even when, as in the case of the New York Times, these institutions have set up mechanisms and systems meant to ensure the integrity of what they publish. What’s more, newspapers are private companies, and one can argue that it’s up to their owners to determine what passes muster.

Yet it is worth pondering why a media organization that will invest significant reporting resources in exposing murky election financing practices, school boards scandals, or brutal corrections institutions has so much difficulty living up to the standards it sets for itself.

Or think back to Stephen Harper’s pledge to set up a parliamentary budget watchdog. He did, but when budget officers duly took the Tories’ spending plans to task, the Harper government tried to muzzle its work, thus revealing the hypocrisy of the original gesture.

One can also ask how the Globe’s journalists handle stories that reveal, by implication, the paper’s own shortcomings. Imagine if a Globe reporter discovers that a Canadian university has tried to hush up the academic transgressions of a student whose parent is a generous benefactor. Hardly an implausible scenario, but could the Globe’s exposé be taken entirely seriously, knowing what we know?

I’d also argue that the Globe operates in a media environment that has changed radically since the Times instituted a rigorous system of checks and disclosure protocols on its reporting activities.

In recent years, for example, British prosecutors and private litigants have come after two tabloids for allowing reporters to hack into private phones. A growing number of news organizations, including the Toronto Star and the CBC, have set up ombuds. And the journalists sacked for plagiarism now include everyone from star magazine writers to Buzzfeed columnists.

Meanwhile, massive document releases, courtesy of Wikileaks, Edward Snowden, and the sources behind the Panama Papers, have significantly upped the ante on media narratives around disclosure. The Globe itself encourages would-be leakers to submit sensitive documents via its Secure Drop service.

What all this says is that transparency sells news, now perhaps more than ever before. And at the risk of sounding like a sanctimonious journalist, I’d say that the sort of investigative/enterprise reporting of this particular period isn’t just about satisfying the prurient interest of readers addicted to click bait and listicles.

With exposure comes reform, or at least public pressure to implement reform. Sunlight, we tell ourselves, is good: transparency makes things better.

And that notion, I should add, is hardly an original thought.