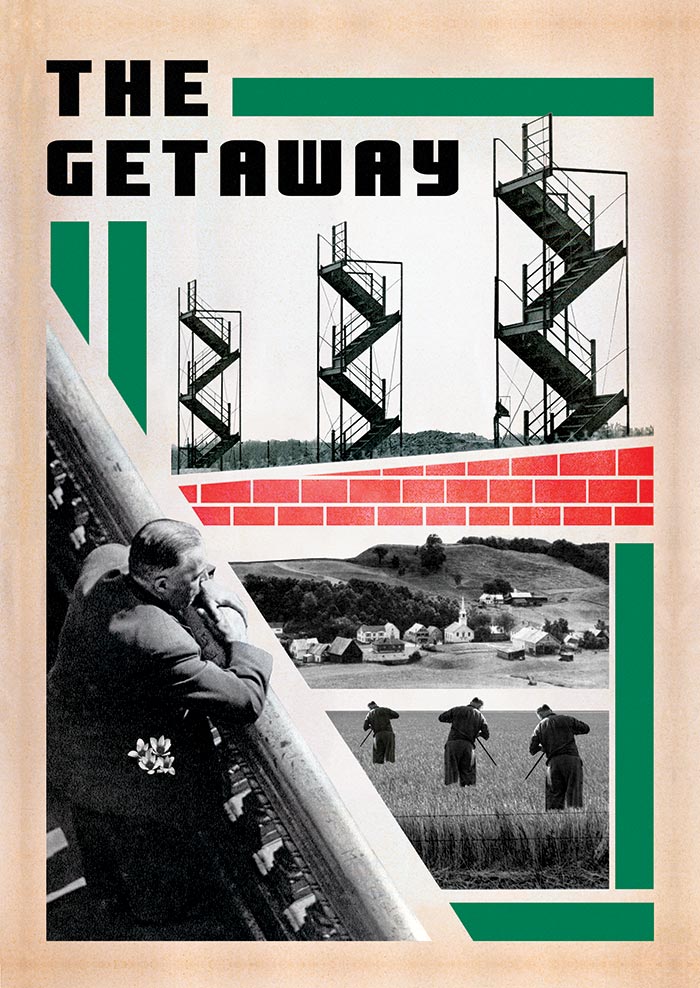 The operation is a success. Still covered in bandages and groggy from the drugs, they drive me on the smaller roads through the forest to the town with the single church and on to the house, and they leave me there to recover. Two weeks later, I can move about on my own.

I’m an old man in an old country. I’m a widower perhaps, with fists like hams and thick arms. I was a factory worker or a soldier, but now I’m retired to a life of gentle labours and I find I like it. It’s April and my neighbours are putting in their potatoes, their winter beans, the lettuce sets are green filaments behind their windows. I have fruit trees, all in bloom now, with shoals of white flowers on long stalks waving back and forth near the cemetery wall. Bees peck at them like tiny clown fish, and the garden is alive with their rumorous humming.

My neighbour pokes his horseface over the wire fence. “What’d you do to get sent here? ” he asks me. I tell him I don’t know. He winks at me. “None of us does,” he says. We’re speaking a language I wasn’t aware I knew. He passes me a handful of tiny leeks. “They’re growing all over my yard. Plant them with your tomatoes. They fight the grubs.”

In the summer, the trees bend with fruit. The heavy yellow and orange peaches drop into the grass like wet bombs. They rot, dissolve, show their skullish pits like secret messages. I can read them now. They say, you don’t deserve your freedom.

The town square fills for the yearly memorial to the war dead. Hundreds of old men like myself, fidgeting with their handkerchiefs. I find myself weeping when they lower the flag to half-mast. In service of what did they die? We sing hymns in the old tongue. We press flower petals into the bullet holes left in the town hall.

In the fall, the last of the vines wither. The figs wizen into widow breasts, sap bubbles from their tips. They come off with a gentle twist and explode with sweetness in the mouth; their rusty juice collects at the corners of my lips. The summer’s wildflowers have died; their stems lie matted across the earth. The pollen from those flowers flew away on a million legs to the hives hidden in the countryside. The sugar has ripened to its golden code, food for the future sleeping in its cells. It contains everything necessary for life.

In the winter, I sleep. I know they’ll find me one day, they’ll come to collect me. I’ll have to answer for my ways. My frailty won’t excuse me, nor the fact that I’ve forgotten my mother tongue. While here, I made things grow and blossom and fruit and die, and this will be proof of something, but it won’t matter to them. They’ll put me in the ground never knowing what I was, or what I became.