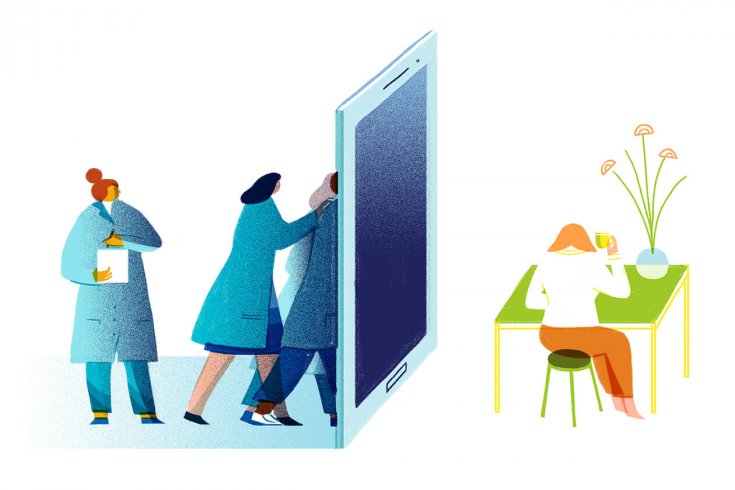 Information is leaky; it gets everywhere. We throw off data about ourselves every time we browse the web, google directions, or download a cool new app with a laundry list of permissions. Our identities and the patterns of our personal lives are collected into profiles that are sold by Google, Facebook, and information brokers of all kinds. Few limits are placed on the potential uses of our data.

In addition to selling ad clicks, companies track user behaviour as a quick and dirty form of A/B testing, dynamically changing the design of products, pricing, or content to gauge apparent user preferences. User tracking is big business for companies that sell human attention, such as Facebook and Google—personal data is their core assets. Computing cycles are cheap. Attention is priceless.

Frankly, many users just don’t know what companies plan to do with their data. Click-wrap terms-of-service agreements required by many tech companies nowadays include sweeping rights to user data. Last year’s Cambridge Analytica scandal shows how much data Facebook is collecting on its users and how fine a scalpel new advertising technologies can be, compared with the blunt advertising techniques of previous generations. Google trades email, chat, search, and other basic online services for the ability to record what its users do online. You can duck this surveillance by not using Google services, but this is rapidly becoming ineffective as Google, as well as Facebook, has extended its tracking suites to the contacts of its primary users.

Sophisticated ad-and-tracker-blocking technology is now becoming more popular as people tire of the barrage of ads and are wary of the eyes peering at them through their browsers— this website, for example, has more than ten trackers embedded in it, logging interactions with content and ads loaded and clicked. In 2016, over 600 million devices worldwide used ad-blocking technologies, a 30 percent increase from the previous year. Some websites are now attempting to dissuade the use of these technologies, either through guilt-inducing messages pleading lost revenue or by outright blocking users with blockers installed. But many ad-block users simply avoid those websites rather than allowing ads and trackers to invade their online experience.

Rather than lose this rich stream of information, some companies have started to pay users to be spied on. Today, people participate in product testing or drug trials for cash. In the future, we might see more people monetizing their own privacy, willingly pulling back the curtain for advertisers or data brokers if they get paid. Nielsen, the company that has paid people a nominal sum to plug their TV into a box that tracks viewing habits, now offers rewards for those who download software that tracks their online habits. Other apps operate similarly, trading gift cards or a few dollars for the chance to watch people live their lives online.

We might also find ourselves in a future where we are expected to pay for our privacy. People have been attached to what Samuel D. Warren and former US Supreme Court justice Louis Brandeis called in the 1890s “the right to be let alone,” and some may think it’s something worth paying for. Others may decide to pay because they recognize that corporate surveillance can quickly turn into government surveillance if companies are presented with a warrant or records are subpoenaed, and data stored across national borders can subject the citizens of one country to the prying eyes of another. However, not everyone would be able to afford this.

The poor have often been expected to subject themselves to data gathering to receive basic services. In Victorian London, people requesting social aid needed to allow charitable organizations into their homes to conduct interviews that looked at their behaviours to determine if they were “deserving” of help. The private lives of US welfare recipients are also monitored through unannounced home visits, mandatory drug testing, and other surveillance measures to ensure compliance with a plethora of moralized regulations.

The near future could potentially see privacy enthusiasts constructing online networks and services of their own. But, if that happened, these new privacy-first networks might take draconian steps to isolate themselves from mainstream services, perhaps making a separate internet that is mutually unintelligible to Google’s spiders and Facebook’s trackers. Of course, these separated services would likely be expensive to maintain. If you don’t have the cash to buy in, you might not be able to afford to keep your data to yourself.

Molly Sauter (@oddletters) is the author of The Coming Swarm: DDoS Actions, Hacktivism, and Civil Disobedience on the Internet.
Wenting Li