The End of Pinky | The Walrus
Skip to content 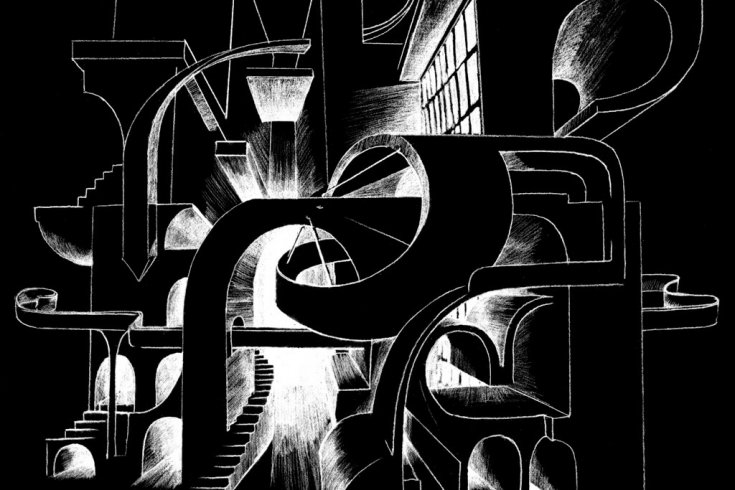 Johnny passed the sex shop on St. Laurent Street, a tiny broken-down house with yellow bricks and a lightning rod on top. Then he passed the old Pentecostal church and crossed himself. The church stood among the sleaze joints like an old man suffering from dementia who had wandered into the wrong part of town. He turned blue and yellow in front of its neon signs that begged him to repent. He wasn’t bothered by the warnings, even though he was looking to kill his best friend, Pinky, that very night.

Johnny really was a gorgeous thief. Tonight he was wearing a black fedora over his dirty blond hair, and his blue eyes peeked out from underneath. He had a tattoo of a swan on his fist. He had survived his father trying to kill him three times. Once he had held him under the water in his bubble bath for a whole minute. Another time he had thrown Johnny off the balcony, and he landed in a pile of snow in just his underwear. Once his father sent him to talk to a stranger wearing a trench coat with nothing on underneath. As a result, Johnny didn’t fear death at all and he had no morals, which gave him the wickedest smile on the strip. It was as though each homicide attempt had only made him more beautiful.

As soon as Johnny caught sight of Mia, he felt a weird kind of relief. He’d secretly been hoping to run into her all night, all week in fact. All of a sudden, he felt like he could stop holding his breath. He exhaled, and the smoke from his cigarette looked like nylon stockings being pulled off of a pair of skinny legs.

He was convinced Mia looked like a character from a Dostoevsky novel, even though he’d never read one, because she was dressed in a flimsy black dress and was wearing a black sheepskin hat the way old men did. Because her skin was pale and as thin as rolling paper. Because she had these skinny legs and walked crooked like a day-old pony. She pulled out the Kleenex that was stuffing her bra and wiped the tears from her eyes. She knew about him and Pinky.”I don’t think you should do anything bad to Pinky,” she said quickly. “He’s the only really good person we know anymore. I know you love him, I do.”

“I think I can handle it,” Johnny smiled.

Johnny had been wanting to take Mia out all week to the Portuguese Ballroom. The ballroom’s piano had that warped, hollow sound old, old pianos had, the ones that had crossed over the Atlantic in big boats full of Jewish immigrants. But he knew that before he could get to all that he had to take care of Pinky. He gave Mia the key to his apartment and told her to wait up for him.

Pinky had been laundering money for Johnny for years and was good at it, too. He deposited money into children’s savings accounts all over the city; the government never looked there. Pinky had a bankbook with a drawing of a girl riding an ostrich and holding a balloon in her hand.

Problem was, Pinky also wrote poetry. It was something he’d started doing in juvenile detention to while away the hours in solitary confinement. But he was more than just a poet. He had the worst case of graphomania the juvie shrinks had ever seen. He had to write all the time, so all the screws had to do to get him to cough up dirt on Johnny was keep him in his cell for a few hours without a notebook or pen. After fourteen hours, he gave up the whole operation for a pencil stub and a pad of Strawberry Shortcake stationery. Once he got his hands on the small pink squares of paper, all he could write, over and over, was, “I’m sorry, Jonny. I’m sorry.”

Pinky knew Johnny and his crew would be coming for him, so he booby-trapped his front door. Then he got stoned, completely forgot about it, and went out drinking. Returning home two hours later, he almost blew his hand off. Now he was homeless and half-crippled, but also harder for Johnny to find. Except Johnny found out where Pinky would be that night from François, who thought himself psychic after accidentally drinking a glass of Sea Monkeys when he was an infant.

Some days his left eye wouldn’t open at all, and he’d say it was because the cops were gearing up for a raid. He also claimed his cat, Mikey, who he pulled down the street on a leash, was able to tell him when people were going to die.

When Pinky walked into the Cleopatra strip club that night, he had bench-head from sleeping in the park. He was wearing a pretty posh suit that his social worker had bought him for his court date next month, but he’d been wearing it every day since he got it. He asked the bartender if his Russian mail-order bride had shown up yet. He was just being cute, and it wasn’t too hard for him to pull off. Pinky was cute. He tried to buy a girl at the bar a drink with a counterfeit $5 bill as she giggled into her feather boa.

Johnny watched from across the room and almost smiled, almost forgot that they weren’t still friends. There was no one quite like Pinky, and he would miss him. He knocked back his drink, which was like Liquid Paper erasing whatever love he might have had left. He stood up and made his way toward the bar. He tried to think of Mia waiting for him back at his place, all warm and real. He thought of what she was going to look like with no clothes on and her big eyes looking at him. He knew exactly what kind of girl she was. She was the kind of girl who told you she loved you on the first date.

Heather O’Neill published her second novel, The Girl Who Was Saturday Night, in April 2014. 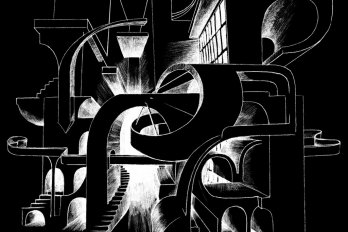 Heather O’Neill published her second novel, The Girl Who Was Saturday Night, in April 2014.
X