The Education of Omar Khadr | The Walrus
Skip to content 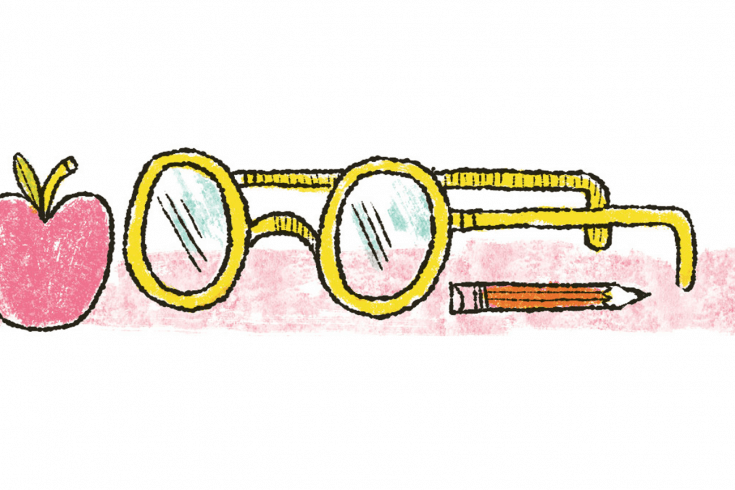 One chilly day in late March, Arlette Zinck brought her lesson plan to the University of Alberta Hospital in Edmonton. This was out of the ordinary. The King’s University College English professor usually met her student at a medium-security prison facility two hours south of the provincial capital, where a nosy prisoner once overwatered the plants while straining to hear what she taught. But Omar Khadr was recovering from shoulder surgery—long-delayed treatment for infected tissue that had been embedded with so much shrapnel twelve years ago that US soldiers had nicknamed him Buckshot Bob.

Khadr—terrorist or former child soldier, depending on whom you poll—was cuffed to the hospital bed by his feet, and two corrections officers stood guard around the clock. Yet his spirits were high. The twenty-eight-year-old high school student has told Zinck and his lawyer Dennis Edney that he hopes to study medicine, perhaps at this very hospital.

Also out of the ordinary that day: the teacher-student roles had been reversed, and Khadr was instructing Zinck. The prisoner had a math final coming up, one of three remaining grade eleven courses, and he needed practice. “He’s a natural science guy,” she explained a few weeks later, when I met her at her house. Math energizes him; it is a more purposeful and logical discipline than literature, sociology, or law. Zinck, on the other hand, is more comfortable discussing John Bunyan and William Shakespeare—“How absolute the knave is!”—rather than absolute numbers.

Zinck has been tutoring Khadr for five years, through his detention at Guantánamo Bay to his three prison stays in Canada, as he transferred from Millhaven in Bath, Ontario, to Edmonton and now the Bowden Institution in Innisfail, Alberta, where he arrived in February. (Forty percent of Canadians, including 53 percent of Albertans, opposed repatriating Khadr, according to a 2009 poll.) She has been called a proselytizer and an opportunist, and has received numerous threats by mail, two of which she turned over to police. Conservative blowhard Ezra Levant accused her of turning King’s into “a factory for Khadr groupies,” and compared her tutorials to “conjugal visits.” Levant later apologized by email and invited her to appear on his show. She declined.

A slight, fifty-one-year-old with a folksy demeanour, Zinck easily shakes off threats and innuendo. Still, the Christian university where she teaches does emphasize an interdisciplinary curriculum that “reflects the Creator’s design” and will “encourage students to examine real world issues from a Christian perspective and to become agents of social transformation,” according to its website.

“We’re kin in the house of Abraham,” she explained, “and coming to learn about each other’s faith has been a rich learning experience both ways.” She said this makes for an ongoing joke between them: “I am trying to convert him—to the humanities.”

Zinck acknowledged Scripture (Matthew 25:36, “I was in prison and you came to visit me”), but said her involvement is primarily motivated by her upbringing in a military family, having grown up on bases in Germany and Italy. In her view, Omar Khadr’s case calls into question the same laws her father, a retired officer in the Canadian Forces, helped guard: “If we are going to send our families to theatres of war halfway around the world to risk their lives so that other people can live according to the rule of law, without threat of torture—so their children can go to school and have a second chance at life—then I consider it my duty to honour their sacrifices by making sure that we uphold these same privileges here at home.”

Before 2008, Zinck didn’t consider herself an activist. Then she heard Edney give a presentation to King’s students on the theme of invisible dignity. He already knew her by reputation; his son, “who I thought wouldn’t be the least bit interested in education,” had taken her introductory English class that year. “Arlette sends a message that she’ll do anything for you, and work with you, but behind that is a demand that she expects you to do your best,” observed Edney. “So you don’t get to escape Arlette when you make the contract to work with her.” Even if you’re recovering from surgery.

At Edney’s invitation, Zinck began corresponding with Khadr, sending her pupil English assignments based on the books then available at Gitmo’s library. After Khadr’s 2010 sentencing hearing, at which Zinck sat as a witness and saw him in person for the first time, his US defence lawyers invited her to create a curriculum for his studies. She soaked the lessons in CanLit classics, representing every province and territory—from BC’s Obasan, Joy Kogawa’s story of Japanese internment camp survivors, to PEI’s Anne of Green Gables . “If you’re dreaming of home,” she said, “we’ll structure it around a collection of novels about home.”

She also organized fifteen volunteer professors to extract interdisciplinary teachings from the books: a geography assignment relating to Obasan; a biology lesson from Who Has Seen the Wind; the physics of calculating height from a mountainside inspired by Thomas Wharton’s Icefields. Khadr began and ended his assignments with warm salutations, sometimes offering a movie recommendation. If Muhammad was mentioned, instructors respectfully included “PBUH”: Peace Be Upon Him. After his transfer to Canada, some instructors conducted lessons in person.

“If he were a university student of mine, he would be in the top 5 percent,” said David Goa, director of the University of Alberta’s Chester Ronning Centre for the Study of Religion and Public Life. Zinck asked Goa to teach the prisoner-student about the intersections of faith and science. “I left thinking that this young man, somehow, by the grace of God, has turned prison into a monastery,” Goa recalled.

Though Ottawa has blocked media interviews, activists and concerned citizens still write Khadr hundreds of letters. Sometimes he writes back. Free Omar Khadr Now, a website raising funds to support Edney’s pro bono services, has published a few missives. “Being able to be compassionate with our fellow humans is what defines us as Canadian,” he responded to one sympathizer. To another he wrote, “Knowledge for me is like an undiscovered beautiful wilderness waiting to be discovered.”

Khadr now studies one subject at a time from the standard Alberta curriculum, with weekly visits from Zinck and classes with other prison faculty. She guards her student’s homework, aware that anything he says is analyzed, processed, scanned for meaning, and judged by the Canadian public. (I was allowed glimpses of their early correspondence and his essays on literature, but only if I agreed not to quote it. So I can tell you that he read The Hunger Games, and that he loved it—but I can’t tell you with which character he identified.) Zinck displays one of Khadr’s projects in the upstairs hallway of her house: a coloured map of Canada that he spent two hours sketching for social studies. It hangs between two framed drawings that her son and daughter, now adults, made when they were children. They, along with her husband, Rob, have also developed relationships with Khadr over the years.

Late in the evening, when Zinck had finished her math lesson at the University of Alberta Hospital, Khadr was allowed a brief walkabout with her. His feet were unshackled, his handcuffs hidden in a sling. The guards stayed two paces behind him as he shuffled past doctors and other patients in his gown and slippers. And for fifteen brief minutes, he blended right in.