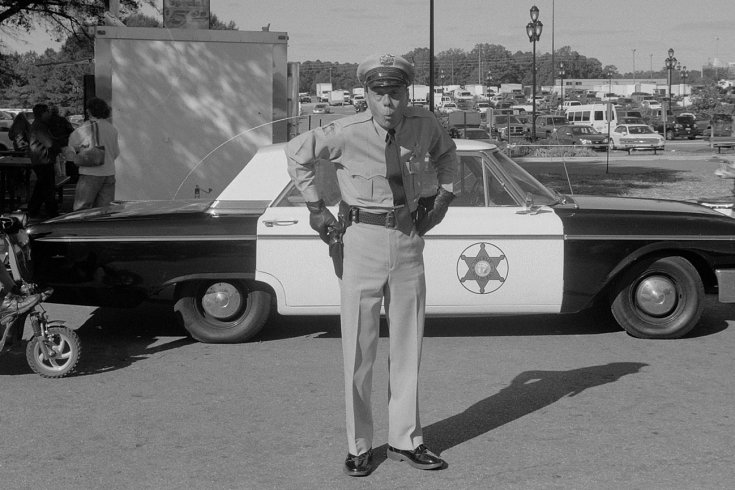 I grew up watching Deputy Barney Fife bumble his way through 1960s “community policing” in the mythical television town of Mayberry. Thankfully he was seldom dispatched and certainly never required any level of investigative expertise, personal safety considerations, backup, or specialized equipment—because he didn’t have any. Although fictional and comedic, this wasn’t far from the reality of many small-town police departments across North America at that time, and to some degree what currently exists. Today, Canada is far ahead of the United States in the demise of the small-town police force. Will politics and protectionism continue or stymy this trend?

According to statistics from the US Department of Justice, in 2008, the country had 17,985 police departments, at municipal, county (most often sheriff agencies), and state levels, employing 765,246 full-time sworn law enforcement officers. Many agencies also employ part-time officers. Although ranging in size from a single officer to more than 36,000 (NYPD), the national average is about forty-two. Almost half of the agencies employ fewer than ten full-time officers; one third employ fewer than five.

On this side of the border, let’s consider Ontario. Canada’s most populous province has 13.6 million people and 444 municipalities, spread across approximately one million square kilometres. Currently, only fifty-two local police services (plus the Ontario Provincial Police) exist—down from ninety-five in 1997 and around 200 services in the 1950s. The decrease came from the formation of regional governments, the amalgamation of some municipalities, and the integration of the police services of many small and mid-sized communities into the OPP (due to the rising cost of policing, and the economy-of-scale benefits that a larger police department can often provide).

In comparison, the state of Pennsylvania has around 12.8 million people and 2,500 municipalities, spread out over approximately 120,000 square kilometres. Much more densely populated than Ontario, Pennsylvania has approximately 1,100 local police and sheriff departments, as well as state police. Nearly three quarters of the state’s 986 municipal departments have fewer than ten full-time officers; more than half have only five.

Something is wrong and inefficient with that picture.

On a smaller level, St. Louis County, Missouri—which recently fell under intense media scrutiny, as anti-police protests erupted following the shooting of Ferguson teenager Michael Brown—has a local population of one million, serviced by a large county police department and forty-two city and town police agencies. Compare that to Ontario’s York Region, just north of Toronto, where one police service serves more than a million residents. Is the St. Louis structure a fiscally and operationally effective model? It remains but one example of the surreal policing schemes that cross much of the US.

Having thousands of stand alone police agencies cannot be operationally effective when a large percentage of them lack digital records management systems and still operate in an old-world, paper-file environment. If not communicating through linked databases, how do they share information or work cooperatively in a time when criminals and predators freely cross county and state borders?

How does a department of five or ten officers meet the constant public safety demands of any community? To whom do they turn for the resources and expertise required of a modern police agency in complex investigations? Short of providing limited patrols, breaking up the occasional minor disturbance, and investigating the odd petty crime, they are limited in their ability to provide any level of professional service, investigatively or tactically. That is not a slam on the individuals as professionals, it is simply the reality of their environment.

Operational consistency is a must. A few years ago, a small-town police chief friend in the US bemoaned his staffing challenges, remarking that often he was the only officer working—and sometimes, no one was working. When I asked in what situations he would request assistance from the larger and better-equipped sheriff’s department or state police, he didn’t have a clue. During the visit, I observed firearms, other weapons, and court exhibits displayed openly on desks, inside a station that was separated from the public by a flimsy wooden door. I’m not suggesting that is the norm in small agencies, but it is one of the possible dangers when few or no standards, checks, or balances exist.

The people of Ontario are fortunate. They are blessed with capable police services across the board. All uniformed officers must attend and receive the same level of recruit training provided by the Ontario Police College in Aylmer, southwest of Toronto. Although the larger departments often offer additional learning to recruits and seasoned officers, all Ontario police officers receive the same foundational training, as governed by the Ontario Police Services Act. That legislation also provides “policing standards” for all, although they are fairly loose and largely unenforced by government. Other provinces have similar police training facilities and standards.

But Ontario still has several police forces with barely enough resources to meet their basic legislated needs and at least a few that fall short. They must rely on the OPP or larger neighbouring services to fill their gaps or provide specialized resources pro bono. (Emergency situations are a different story, when all police officers will immediately drop what they are doing in one community to assist officers or citizens in another.)

That was all well and fine when those larger services weren’t struggling to meet their own needs, before policing costs rose and local revenues plummeted. Now there are important questions to ask. Why should the taxpayers of a large community regularly finance the core policing shortfalls of a smaller one? Should communities who have opted to receive policing from the OPP on a contractual basis subsequently subsidize municipalities that have not? Can a police service of even twenty or thirty officers—let alone fewer—truly be all things to all people? I suppose Barney Fife was just that, but such fiction goes against the spirit and intent of the legislation and it is certainly not fair to the taxpayers of any municipality in this day and age. It is also not fair to the police service members themselves, to be anything less than self-sufficient, fully functional, and adequate.

Because I am a former commissioner of the OPP, many will write off my commentary as land-grabbing rhetoric. The OPP is often wrongly viewed as vying for a single Ontario police force. Frankly at times over the past twenty years, domination truly was the vision of a select few senior members of the OPP; however, taking over the municipal policing world was never on my agenda when I headed the force.

Regardless, what is still happening in some municipalities remains wrong. Many of the chiefs of these smaller departments are my friends. I don’t blame these fine professionals for not wanting to lose their command positions and subsequently end up as mid-level supervisors or managers in larger agencies, but that should not be the guiding factor in these difficult decisions.

The RCMP is the primary force in every province and territory but Ontario and Quebec. In the late 1990s, Quebec amended its Police Act in a way that forced the disintegration of many small and mid-sized police services. There was screaming, crying, and gnashing of teeth amid claims that policing would deteriorate—but it worked. Other provinces should similarly impose change in their policing models through legislation. Unfortunately, some civilian personnel will become redundant through amalgamation; officers though, will almost always be  guaranteed local jobs within the combined police service. The short-term pain will undoubtedly be excruciating, but the long-term benefits— substantial savings in overall policing costs—will eventually outweigh that early discomfort. At the same time, the provinces need to enact strict operational standards for police services and ensure they are monitored through rigorous, independent inspection processes.

Every person in every community deserves the same level of policing, and every officer deserves consistent levels of training, equipment, backup, and support. Although the US has much more work to do than Canada, both countries must continue to form larger regional departments out of smaller ones, or amalgamate the small ones with provincial and state forces. That may be a sad notion to accept for some, but enough is enough. The status quo cannot continue—from fiscal, officer, and public safety perspectives.

Several of my former police chief friends and colleagues would never admit to their own communities, but have quietly told me over the years, that Ontario should only have about thirty police services: mid-sized to large municipal and regional forces, plus the OPP. The idea makes complete fiscal and operational common sense, but local politics and selfish decision-making remain as significant roadblocks. Leadership should never be about ego, misinformation, personal agendas, or political gain. Community and police leaders should always do what is best for the people they serve and those they have the honour to lead. Putting energy into fighting the inevitable, rather than leading communities through a change process, flies in the face of leadership and defies logic.

Christopher D. Lewis served in various uniformed, investigative, tactical operations, and command positions across Ontario during his thirty-six-year career with the Ontario Provincial Police. He retired as OPP Commissioner in 2014.