The Danger of Romanticizing Suicide | The Walrus
Skip to content 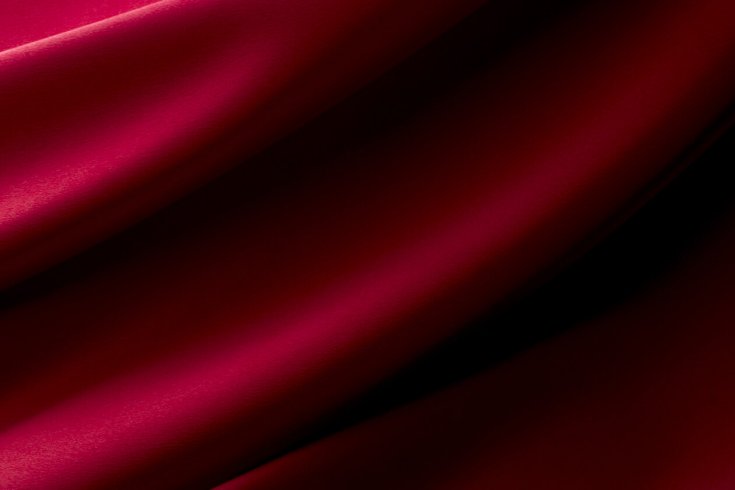 Red. A red scarf. A red scarf is the kind of eye-catching swish you would notice if a girl passed you on a bicycle—you’d double look to see it flapping in the wind. Red is also the colour of bleeding wrists; it is the colour of romance, of death, of suicide. When news broke of Kate Spade’s death, in early June, the red scarf became an inescapable detail of the iconic fashion designer’s narrative. Perhaps unwittingly, news reports invited us to picture the scarf wrapped around the neck of a woman most of us have never met, but know of—a morbid accessory of her suicide by hanging.

The detail was widely mentioned in media reports of her death, inserted into early breaking stories and tender obituaries alike. The line repeated as if plagiarized. For example, in a story from Variety: “A housekeeper found Spade hanging from a red scarf tied to her bedroom doorknob.” And then there it was again in the Associated Press: “The officials said she was found with a red scarf around her neck.” It wasn’t breathlessly reported on, the way a journalist might gush over some kind of a must-have fashion item, but it was a strange detail. And it was a detail that fed into our romanticization of suicide, which is perhaps the most tragic of all deaths—and, also, the one that seems to surprise us most, the hardest for which to account.

Three days after Kate Spade’s death, Anthony Bourdain, a famous vagabond TV personality, chef, and writer, died, also by hanging. In initial media reports this time, there was no information about what colour, or fabric, or specific item he had used. Still, to me, it felt like media wanted us to believe there was still something unsettlingly, romantically tragic about him being found in France. “It’s telling that he killed himself in this picturesque, story tale village,” a fan told the New York Times, as he was standing in front of Le Chambard, the five-star hotel where it happened. A number of outlets were also careful to note that the hotel was a “luxury” establishment.

Our collective obsession with celebrity suicide tales—and the ways they died—is not new. Today, people can read all about the autopsy reports of celebrities such as Marilyn Monroe (who possibly died by suicide). Fans of the magazine editor and fashion muse Isabella Blow know that, in 2007, she drank weed killer and that it took two days for her to die from it. Others can recite how the Polish artist and a writer Witkacy sat under an oak tree with his lover (who survived), where they served each other a cocktail of drugs; when he later regained consciousness, he cut his wrists and throat. Fashion designer Alexander McQueen infamously, in 2010, took drugs, cut his wrists, and hanged himself in a wardrobe.

Maybe focusing on how and what lets us cope in some way on the reality of suicide; maybe we mythologize suicides because mental-health stuff seems somewhat prosaic, a problem we should look at solving, and overwhelming at the same time. Or perhaps we are merely enthralled with death and especially self-inflicted death. We are obsessed with it, with its minutiae. This particular kind of death is paired with the most difficult philosophical question to answer: What is the meaning of life? The act of taking one’s own seems more mysterious than anything, impossible to grasp—Shakespearean, gothic, troubling.

Others may agree with the psychiatrist and philosopher Thomas Szasz, who argued that since self-ownership is what constitutes of freedom, a person should be free to end their life as an exercise of such freedom. It’s quintessential anarchy. Personally, I cannot subscribe to the freedom argument. I believe that suicide is often done out of desperation, because of pain (mental pain included), illness (mental illness included), inability to see the future, and unwillingness to go on surviving. I’ve been there. There were moments in my life when I thought I couldn’t take it any more.

We do not pay enough attention to the reality of suicide. We remember details like red scarfs or picturesque French villages. No one wants to hear about the truth: bloated, purple faces with tongues sticking out, human waste below the dangling feet. The bodies of jumpers don’t usually rearrange themselves into a balletic shape of limbs bent the wrong way. Suicide is not banal in any way, nor is it magical—despite this strange mythology of it that prevails.

I’ve written about suicide as a mental-health columnist for the Toronto Star, and it is something that I’ve thought—and written—about a lot since my classmate took his own life when we were only eleven. His age was shocking, but I didn’t understand that then; I just knew that he was the strange kid—he spoke a made-up language and came from some small godforsaken village in Poland, where I grew up. He had also done something I didn’t know was possible: he killed himself. His was the first death I knew about—till then, I didn’t know anything about death; I didn’t think of it or its finality. Most importantly, I didn’t know you could do it yourself. To yourself.

As a teenager, I never wanted to kill myself, but I did entertain the idea. I was often very sad, and taking your own life seemed like the ultimate act of rebellion. It also seemed cool because it happened to some of the famous people I admired: Kurt Cobain sang about it, then did it, and Sylvia Plath wrote about it and did it, and so did Ernest Hemingway—and, also, eerily, his sister and his granddaughter, a model, Margaux Hemingway. It was like a secret club, an exquisite finish to glamorous life—or, even if it was not a glamorous life, it seemed so in the end, by the very nature of its final moments.

In my early twenties, I was obsessed with the mystery of suicide. My aesthetic—dark makeup, tattoos, with a side of exhibitionism—even seemed to confirm I was going in the right direction. One day in 2001, all the girls I looked like appeared online as a community, under the moniker Suicide Girls (SG). The SGs were sophisticated in their pain, costumes, and determination; they showed their breasts to the acclaim of thousands of fans. It seemed, for some of them, it was a whole lifestyle—they even went on tours.

To me, a Suicide Girl was the very definition of sexiness—she was bad and beautiful and young. Her body was also not the kind of boring pneumatic Barbie that you could see in Playboy. She was skinny or curvy, and she sometimes didn’t shave. (That’s so in your face!) She was probably amazing in bed. Because of the word suicide, I saw her as reckless—she was emotional and difficult and not afraid to claim it. She didn’t care if she lived or died. I submitted my own sexy photos to their website for consideration, but in the end, I was too lazy to sit in front of my computer to build a fan base that would encourage me to writhe around in my fishnets.

As I grew older, I no longer glamorized suicide. The frisson of the act fizzled out. As I’ve written about in my book, Drunk Mom, I was drinking too much but eventually, I got sober because I realized I’d really die if I don’t stop. I had a son. And a husband. And a family. And a lovely little house. So much to live for.

I knew of friends who’ve died of addiction—and suicide related to addiction. It was no longer pretty or sexy. Later, when life exploded in my face after our family fell apart, there were, again, days when I couldn’t fathom how to go on, and I couldn’t stay sober, again. I often felt that I wanted to end it, but I still had a lot to live for. There was a future and I sometimes allowed myself to imagine things getting better—they had to, right? And, more importantly, there was that little boy, and my life wasn’t mine any more. Eventually, I had to make a commitment to myself, to be alive for him because he needed me. He needs me today, and he will need me tomorrow.

To me, this is the true nature of suicide: taking your own life is something you do because you can no longer imagine the day after today. There is no tomorrow; there is just blank space, silence, and pain. Your child’s laughter does not exist in that space. I am sober now, in part because, when I got to that space, I could hear the echo of my child’s laughter. But maybe the depths of my pain were shallower than Spade’s or Bourdain’s or everyone else who has taken their own life. My survival is not at all an act of motherly courage—it’s just I haven’t felt what they must’ve felt or have stopped feeling. I could always see a tomorrow, even under the darkest veil of despair.

On the day of Kate Spade’s death, I went by her flagship Yorkville store in Toronto to see if there was anything going on. I don’t know what I expected: curtains over those flashy windows, her pastel purses removed from display, or—the horror—a red scarf draped over some merchandise. There was nothing in the display windows, but two days later, there was a poster that read: “Kate Spade, the visionary founder of our brand, has passed. Our thoughts are with her family at this incredibly heartbreaking time. We honor all the beauty she brought into this world.” There was colourful confetti behind the black poster. All the clothes and purses on display were sharp, black.

If you or someone you know is having a suicide crisis call Kids Help Phone at 1-800-668-6868, live chat at www.kidshelpphone.ca or find a 24-hour crisis centre.

Jowita Bydlowska is the author of the novel Guy and Drunk Mom, a memoir. Her short stories have been published in various magazines and anthologies and she also makes her living as a journalist, working for a number or national and international publications.