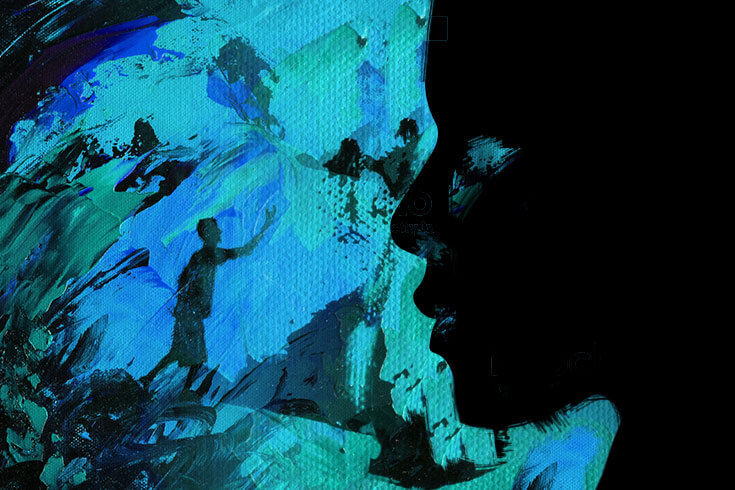 Canada’s history as a refuge for African Americans fleeing slavery is a treasured part of the country’s heritage. Between 1800 and 1865, approximately 30,000 so-called passengers were smuggled in via a network of secret routes and hideouts dubbed the Underground Railroad. Few historians, however, have addressed the lives of the Black Canadians who settled here, many of whom crossed into southwestern Ontario. That task has instead been left to our writers, such as Esi Edugyan and Lawrence Hill.

One of the most exceptional additions to this growing body of work is children’s author Christopher Paul Curtis’s Buxton Chronicles series, whose storyline unfolds in and around the Elgin settlement, a haven in the nineteenth century for free Blacks and African Americans fleeing slavery. Established in 1849, in Buxton, Ontario, by Reverend William King, a white abolitionist, Elgin is widely regarded as the most successful of the province’s Black settlements. Each family purchased fifty acres, on which they erected a house, grew crops, and raised livestock. Despite white resistance, the community thrived, boasting a population of at least 1,000, a logging operation, a brick yard, a grist mill, and a church. The Buxton Mission School was so noted for its excellence that several white families enrolled their children.

Born in the segregated city of Flint, Michigan, in 1953, Curtis moved to Windsor, Ontario, in the mid-1980s. He had learned about African American history from his parents—his mother delivered lectures on the subject for the Flint school board—but it was his father’s cousin, who had a cottage near Lake Erie, who taught him about Buxton. He put that knowledge into books about young Black men living in distinct historical eras. His first, The Watsons Go to Birmingham—1963, published in 1995, tells the story of a Black family that heads south during the height of the civil rights movement. It sold millions of copies, as did his second novel, published four years later, Bud, Not Buddy, about a homeless boy growing up during the Depression. Curtis has written a total of nine books and has received two of the most prestigious awards for children’s literature, the Newbery Medal and the Coretta Scott King Book Award—the latter given to an outstanding African American author.

The Buxton Chronicles is Curtis’s masterwork. It transforms the Elgin settlement into a version of Hannibal, Missouri, where Mark Twain grew up: a setting of idyllic boyhoods, full of pranks and woodsy adventure, in which Curtis examines themes of slavery, race, and class from an unequivocally Black perspective. Indeed, one of Curtis’s most significant accomplishments is to take on the stereotype that Black people are somehow foreign to the great outdoors. His work undermines a disturbing mainstream impulse to erase Black people from the land. The first book in the series, Elijah of Buxton, is set around 1860 and imagines the life of eleven-year-old Elijah, the first boy in the settlement born into freedom. An accumulation of episodes paint a sweeping picture of Elijah’s existence: his school days and his evening chores, his Tom Sawyer–ish friendship with hare-brained Cooter and their hilarious scrapes—exaggerated, always, by Elijah’s gullibility. “Life’s gunn be a tough row to hoe for you if you don’t learn you caint be believing everything folks tell you, not even growned folks,” his mother warns.

The atmosphere in Buxton is never entirely sanguine. The novel takes place after the passage of the Fugitive Slave Act of 1850, which permitted owners to recapture Black people who managed to escape to the northern states. When slaves began crossing the border into Canada, slave catchers followed; in the novel, their threat means that fathers sometimes walk with shotguns to hustle children home from school. Yet Curtis is able to inform young Black readers about racial oppression without leaving them feeling oppressed. The episodic nature of his novels allows for a sense of proportion: racism is one bleak corner of a full-to-bursting childhood. Curtis’s stories are largely narrated by young Black males from segregated communities, which means that race is mentioned mostly when a character is white. Black is the norm here and the manner in which Curtis depicts race hatred to Black children confirms that the nasty business is not their fault.

While every childhood is a preparation for adult life, Curtis’s heroes must develop a kind of hypervigilance to cope. This is especially true in The Madman of Piney Woods, the sequel to Elijah of Buxton, set about forty years after the previous book. Thirteen-year-old Benji dreams of becoming a journalist, and Curtis uses Benjii’s journalistic shortcomings—the young man has tendency to report the facts without artfulness or tact—to provide an analogy of how not to combat racism in the wider world. Rather, his protagonists must learn to manage language, read between the lines, tell a tall tale, or if necessary, straight-up lie.

Curtis’s great gift is his ability to guide Black children through an unpleasant discussion about race; a conversation that, if incorrectly finessed, can leave them wondering what is wrong with them rather than what is wrong with society. Many Black parents dread embarking upon a talk that is practically designed to taint their child’s innocence. Nor can this job be easily assigned to white teachers, who may feel awkward about the implications of their own racial privilege, or who may treat slavery and racism as free-floating historical ills unattached to the colour of the perpetrators.

Curtis is reminiscent of the African griot, the traditional storyteller whose role in the community is to pass down cultural wisdom. He conveys painful realities of history by way of rollicking narrative. Beneath his giddy good fun lies the heart of a subversive. And never more so than in The Journey of Little Charlie, the recently published latest instalment in the Buxton Chronicles. Curtis’s latest book—which recently won the Geoffrey Bilson Award for Historical Fiction for Young People—is a departure for him, partly because the novel begins in the antebellum South, but mostly because the entire tale is narrated from the perspective of a young white man.

Christopher Paul Curtis is the son of a doctor turned auto worker and, for many years, was an auto worker himself. Class consciousness is as important an issue for him as race. This is clear in The Journey of Little Charlie. Twelve-year-old Charlie Bobo is the barely literate son of impoverished sharecroppers who spends his days pulling weeds in the fields of Possum Moan, South Carolina, alongside his parents. The Tanner plantation rules over the town. Its cruel overseer, Cap’n Buck, not only brutalizes the slaves but publicly flogs any poor white man suspected of cheating or offending the Tanners. Despite their own desperate reality, the Bobos never question the values of the slave society they inhabit. One day, Charlie’s father is fatally injured while cutting down a tree. (“There was good luck, followed by no luck, followed by bad luck, followed by tragical luck, followed by the luck of the Bobos,” writes Curtis.) Claiming Charlie’s father owed him money, Cap’n Buck insists the boy accompany him to Detroit on a slave-catching mission to recapture a couple that fled the plantation a decade ago.

Perhaps because white historians have traditionally focused on race, slavery is not usually taught in terms of class consciousness. But Curtis emphasizes how much Charlie has in common with the slaves on the plantation. He is practically as destitute and uneducated, and like Black boys his own age, he is expected to toil in the fields from dawn ’til dusk. The notion of a carefree childhood—or a childhood of any kind—is a privilege for the higher classes. Furthermore, Charlie has no say in whether he will accompany Cap’n Buck to Detroit: like a slave, he must mindlessly obey.

After arriving in Detroit, Charlie and Buck track down the couple, who are happy, unsuspecting, and easily fooled. They then head over the border into Canada to kidnap the couple’s son, who is attending school in St. Catharines, Ontario. By now, Charlie has begun to entertain serious doubts as to the propriety of his actions. Nevertheless, he continues on with Buck’s scheme, befriending the naive young man, named Sylvanus, whom he tricks into travelling with them to Detroit.

As soon as he entraps Sylvanus, however, Charlie is suffused with shame. He has come to admire the boy, as well as his parents, and secretly determines to set Sylvanus’ parents free. Even so, Charlie feels torn:

Even though I knowed letting ‘em go was the right thing to do, I kept having doubts. I always been tolt they ain’t the same as us, they don’t feel things like white people do, they don’t love their kids the same, they don’t love nothing but ducking work and sleeping. I always been tolt they ain’t even got souls. . . . I ain’t done much studying on the Bible, but I believe it do say somewhere in there that all human beings has souls.

Charlie’s monologue echoes Huckleberry Finn’s famous speech on writing a letter that would return his friend, Jim, to slavery. In contemplating his options, Huck, too, expresses uncertainty. “I was a-trembling, because I’d got to decide, forever, betwixt two things, and I knowed it. I studied a minute, sort of holding my breath, and then says to myself: ‘All right then, I’ll go to hell’—and tore it up.”

In part, Charlie’s short-lived relationship with Sylvanus is a reworking of Huck’s bond with Jim. Charlie ultimately realizes he must decide for himself what is right and wrong. Curtis seems to be suggesting that white children, like Black children, should not to believe everything they are told. In addition, he insists that they possess agency, which comes with responsibility, and that their individual actions can make a difference.

Little Charlie is a sober and sophisticated novel, particularly in its complex, thought-provoking consideration of poor southern whites. It is more cohesive than Curtis’s earlier books; its tone more sinister. Fear and claustrophobia suffuse southern scenes with a sense of dread and, at times, horrific torture. Still, there are moments of hilarity, mostly at the expense of Cap’n Buck, who is sickly pale, rickety, and “odoriferous,” and who comes to a seemingly bad end. It is, by my reading, the most uncomplicated happily-ever-after conclusion of any Curtis novel.

Curtis could never be described as sentimental. In his stories, ignorant racists are sometimes defeated and sometimes not. Interracial friendships herald greater understanding or they don’t. Unlike most Black Canadian novelists, Curtis focuses little on the goal of acceptance. He never asks the reader, “Why can’t we all just get along?” He is first and foremost a historical novelist whose goal is to entertain, enlighten, and empower.

More Is More: The End of Minimalism