The Business Case for Sexual Diversity | The Walrus
Skip to content 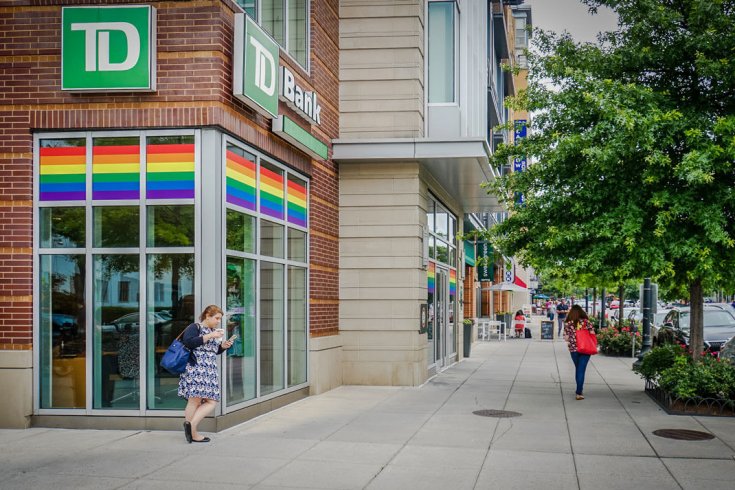 Bobbie Jo Racette auditioned fifty potential business partners before founding her company, meeting each candidate at an Ordinary Joe’s restaurant in Calgary. She had a hard time finding a match.

Maybe fifteen of the fifty had a problem with her being gay.

That was in 2015. Racette is now the COO of that business, a virtual personal assistant service called Virtual Gurus. She spoke on a panel of young entrepreneurs at the 5th Annual LGBT Summit of the Americas, which was held this year in Toronto to coincide with Pride.

The summit is a conference for LGBT business people, and anyone who wants to do business with them. It might sound like another instance of corporate opportunism, in the vein of the rainbow-decked banks that will ditch their pride flags by the end of the month.

But organizers and speakers say they’re working for the economic advancement of LGBT people. They say it’s wrong to think of being queer as a purely personal matter, which has no place in the professional world. And they’re ready to make the case that inclusion is good business, too.

The Canadian Gay and Lesbian Chamber of Commerce, which hosted the conference, estimates that there are 140,000 LGBT-owned businesses in Canada, with an annual buying power of $90 billion. That doesn’t count the productivity of around 2 million LGBT people. When those people are marginalized at work or excluded from the labour force, the chamber argues, they can’t reach their economic potential.

The four previous LGBT business summits were held in Mexico, Peru, Colombia, and Costa Rica to mark the launch of LGBT chambers of commerce in those countries. Organizers of this LGBT business movement argue that including queer workers allows them to build up power and visibility while contributing more to the national economy.

Researchers at the Williams Institute at UCLA, who presented at the conference, have found that LGBT inclusion is closely tied to economic development in countries around the world. Researchers argue that police abuse, violence, workplace discrimination, and exclusion from health services and education all push LGBT people out of the workforce.

Their 2014 study concluded: “At this micro-level, the costs to the economy of just these five examples of types of exclusionary treatment include lost labour time, lost productivity, underinvestment in human capital, and the inefficient allocation of human resources.”

In Canada, the barriers to inclusion look different—sometimes more subtle—but are no less real. Racette says she has run into obstacles around appearance, and the tacit demands of an office culture.

She once spent an unhappy six months as an office administrator where she wasn’t out at work. Racette, who came to the conference in grey slacks and black button-down with sleeves rolled up to show her intricate tattoos, says she felt pressure to hide her forearms, dress “girlie,” and not talk about her personal life. It was demoralizing, she said.

“I stood out because everyone else in the office was wearing a skirts and high heels,” she said. “That’s what they wanted.”

No one in the hotel ballroom seemed shocked to hear about the thinly veiled homophobia of Racette’s would-be business partners. Many have heard this message for years: be gay if you want to, but don’t bring it to work.

But Racette is among a younger generation of LGBT entrepreneurs who won’t compromise or conceal their identity. To them, being visible at work is not only a question of justice. It also makes for a better workplace.

When she started thinking about her own company, Racette didn’t want a business partner who told her to conceal her sexuality, because she didn’t want a company where anyone would have to. Today, she has a lot of queer people working for her.

“I feel like a lot of them come to me because they feel like they can,” said Racette. “When they start working with me, they realize that I’m completely out, and I’m proud, and I treat everyone the same.” That encourages her employees to come out at work.

Her message is: “it’s comfortable. If you’re bisexual, you’re bisexual. No haters. No judging. Like, don’t worry about it.” That goes for clothing too, tattoos, and hairstyle.

Racette says her employees sometimes worry that their appearance might alienate new clients: “They’re coming for the quality service, not for the way you look,” she tells them. And it seems to work. These days, Racette says, she has more clients than she can handle. And she gets the best from her employees because they feel comfortable.

The corporate world in Canada is beginning to see the economic case for inclusion too. Conference goers wore their nametags on green TD lanyards. The bank was a sponsor, as were accounting behemoths Ernst & Young and KPMG.

Mary Lou Maher, KPMG’s chief inclusion officer, spoke earlier in the day, before Racette’s panel. Her presence and her title both show the progress that’s been made in recent years. But her remarks were also a reminder of how recent that progress is.

“I came out when I made partner,” she said. That was 1995, twelve years after she joined the firm. Many at the conference, Maher said, would remember what it was like to get up in the morning and put on a mask before going to work. She recalled carefully watching the pronouns she used when she answered water-cooler questions like “what did you do last weekend.”

Maher’s two minutes on stage were as good an answer as any to the questions that are often used to justify queer exclusion at work: what does being gay have to do with business anyway? Why bring sexuality into it at all?

Every business is made up of people. Some of those people are going to be gay, or lesbian, or bisexual, or trans—whether you can see it or not. If you don’t include them, you may lose them or saddle them with an unjust and unnecessary burden.

Maher ended her remarks with a nod to the catchphrase of the conference. You should, she said, be able to “bring your whole self to work.”

Joshua Oliver has written for Slate and CoinDesk and was an editorial fellow at The Walrus.