The Assassination of the Canadian Kid | The Walrus
Skip to content 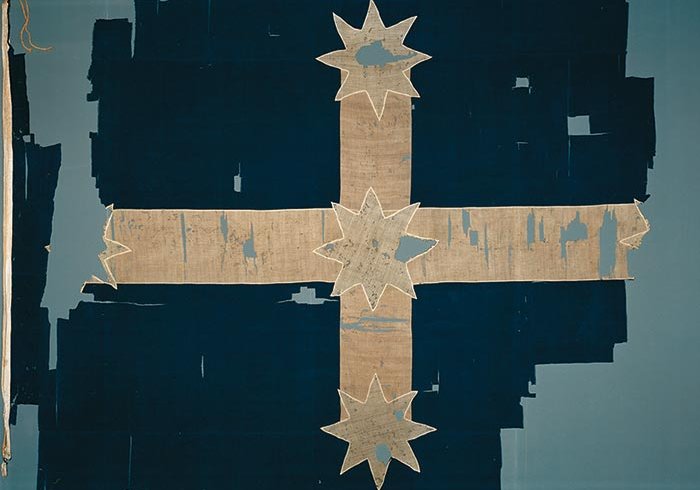 Australia's Eureka flag (1854), wool and cotton, 260 x324 centimetres.Image courtesy of the Art Gallery of Ballarat/gift of the King family

Dreck flew off Captain Henry Ross’s steel-capped boots with each step toward the mahogany-trimmed bar of the Star Hotel. He’d spent the previous twelve hours digging for gold in a cramped pit ten metres below the goldfields of Ballarat, Australia; he’d earned a brew. Bypassing like-minded patrons, sipping and spilling their pints in equal measure as William McCrae frantically wiped down his counter, Ross settled in at a secluded table of men deep in conversation. They called themselves the Ballarat Reform League. Their leader, an Irishman from Melbourne named Peter Lalor, was just then sounding off on the eight-pound miners’ tax enforced by Governor Charles Hotham, ostensibly to put a chill on gold fever. The men erupted, pounding the table and damning the colonial government. Ross smiled: it was not the first time he’d heard such talk.

Some fifteen years before, the young Ross had fought in the Canadian Rebellions, much to the embarrassment of his mother, Elizabeth, who was raising his eleven siblings at the family home in Upper Canada Toronto. What objection could the lad possibly have to British rule, she wondered? His grandfather was a Scot who’d been posted to patrol three colonies in Lower Canada during the American Revolution and liked the place enough to stay. His father had not only joined the citizens’ militia when the US attacked Canada in 1812, but made his living sewing uniforms for the colonial army. Ross had inherited his forebears’ military instincts, just not their loyalties. 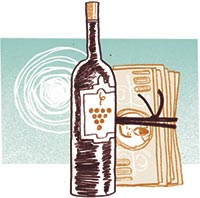 In 1879, Bolivian dictator Hilarión Daza sparked the War of the Pacific by imposing a contentious tax on bird droppings—guano, the nitrate-rich resource dug by Chileans in the Bolivian region of Atacama. The conflict would be waged for five years, ending in total defeat for Bolivia and its ally, Peru, but Daza faced defeat long before his country did. Preparing to join forces with Peruvian troops in the Atacama Desert, he marched his men in the scorching daylight and rationed out cash and wine rather than food and water. By the fourth day, 10 percent of his troops had deserted, and he realized his gambit would decimate his support base at home. He retreated, leaving the Peruvians to fend for themselves, and was deposed by his army shortly after his return.

When the rebellion failed, Ross followed the gold rush to California; the precious metal promised dominion of a different kind. He returned home empty handed, but as soon as word got around that a nugget had been found on a sheep farm nestled in the foothills of Australia’s Great Dividing Range, he joined a handful of Canadians aboard the Magnolia for a perilous 10,000 kilometre–plus voyage to fortune’s frontier. He arrived in Ballarat in 1852 with a clean bill of health, and quickly secured the controversial miner’s licence, which had failed to deter over 25,000 prospectors from swarming the local goldfields. During summer dry spells, festering piles of human waste invited insects that spread disease; come winter, the choking dust turned to mud, flooding the honeycombed landscape and rotting the miners’ food. Through it all, they were hounded by Hotham’s mounted police, many of them ex-convicts from Tasmania.

Sundays, at least, were a day of rest, which meant washing and mending clothes; perhaps reading a few passages from the Bible; and, in the evenings, taking in some culture, such as it was. Ross was tall and handsome, a ladies’ man who enjoyed a prolonged affair with an American actress who was performing romantic melodramas at the Adelphi Theatre, a few blocks from the Star. But men liked him, too. Under the hotel’s swaying chandeliers, Ross spoke plainly to the reform leaguers of his experience in the rebellions, making it clear he was not afraid to fight again. They soon took to calling him Captain Ross. Just as quickly, the group began attracting notice as a kind of mini–Tea Party, set on abolishing the miners’ licence at any cost. “This league is nothing more or less than the germ of Australian independence,” reported the Ballarat Times.

One warm November afternoon in 1854, thousands of angry miners made their way to a reform rally on Bakery Hill, in a part of Ballarat known as Eureka. Government officials took note when the men burned their papers, and the next day conducted a brutal sweep. The miners responded by gathering back at the Hill. Standing at the summit, Lalor called out an oath: “We swear by the Southern Cross to stand truly by each other, and fight to defend our rights and liberties.” Amen, the men replied, and marched off to erect a wooden barricade around about a half-hectare of the goldfields and themselves. At the epicentre, Ross raised a flag he’d designed to symbolize unity in defiance: against a midnight blue background, a silver cross joining the five stars of the southern hemisphere’s most prominent constellation.

Those same five stars can be found today on the Australian national flag, hovering on the same blue background, right beside the Union Jack—a not-so-gentle reminder that the country is still part of the monarchy. And more than 150 years after the uprising, long considered the dawn of Australian democracy, the issue of British authority still rankles. In a 1999 referendum, citizens voted against transforming the former colony into a republic, but this past August—four days before the federal election—candidate Julia Gillard said that while Australians have “deep affection” for the Queen, she should be their last monarch. Whether or not this comes to pass, the new prime minister’s stand has reignited an enduring debate about whether to replace the current flag with one more representative of the country’s independent spirit.

Rebel forces weakened considerably in the days following the so-called Eureka flag’s first raising. By December 3, fewer than 200 men held the stockade, and most were fast asleep in dew-soaked tents when British and Australian troops launched a sneak attack. The battle was over in fifteen minutes. Ross, who’d been defending the flag, put down his rifle in surrender, but the redcoats opened fire anyway. Two fellow Canadians carried his trembling body across the road to the Star Hotel, where William McCrae directed them to a small parlour with a sofa. And as moonlight filtered in through the drawn curtains, the barman witnessed the last breath of an unsung colonial hero. 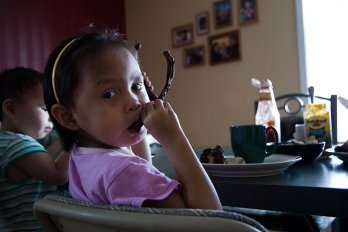 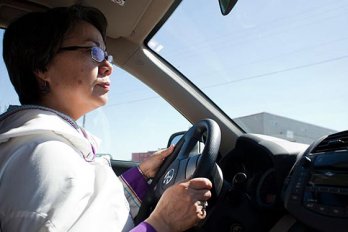