The Art of the Snag | The Walrus
Skip to content 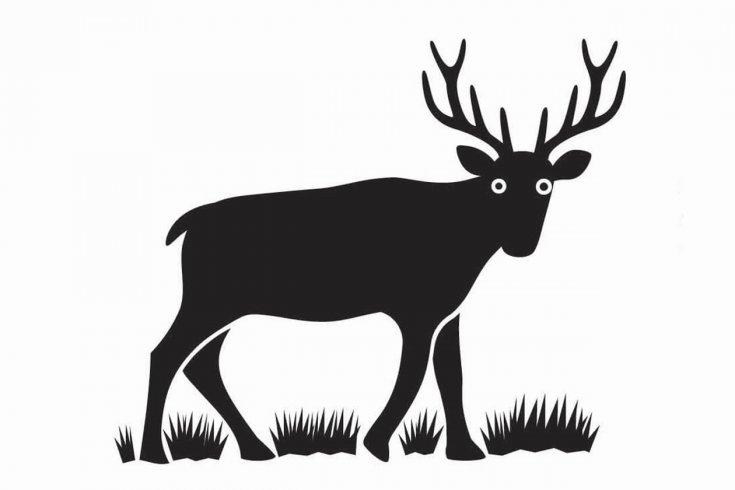 Illustration by The Walrus

Since time immemorial, snagging has been an essential aspect of life within certain Indigenous cultures. It can be a story of creation, a story of first contact, a story for campfires, train rides, and suburban-mall Keno tables.

Sometimes, a snag means a good catch while fishing out back where the Fort Steele train whistle blooms and bursts. Other times, it means snagging a bargain at Fabricland for that new regalia design. It could even mean getting the freshest, tastiest morsel of ginger beef from the smorgasbord just as it is brought out from the kitchen for the buffet. But, really, the snag and snagging are understood to mean a lot more. Not all snags are equal. Some snags are better than others.

Here is an unauthorized guide to contemporary snag culture. And, be warned, the following material may result in snags, re-snags, and snagups.

LIFE SNAG: Let’s start off with the holy grail: the life snag. The life snag is the ideal snag for many people. This is a long-term, committed snag that knows you at your least snaggable and still comes back for more. Your snag’s family knows your family and neither of them understands what keeps you together, but they respect it, and community respect is the quintessential factor of the life snag.

SIDE SNAG: This is pretty self-explanatory; this is the snag that shall not be mentioned in good company, and by that I mean family—at least, the family working at the band office, because they tell everyone everything. This is the snag everyone sees you driving to on the weekends when your life snag is out at Arlee Powwow but you were “feeling diabetic.” Most side snags are so in your face they are hard to ignore.

STEALTH SNAG: Perhaps this is what most side snags are hoping for and fail to achieve. The stealth snag is that one snag that happens without enough of a commotion to raise awareness. It is the snag you talk about that no one believes, but you know it happened. Like that time you picked up Leonardo DiCaprio hitchhiking near Bonners Ferry. That was a good, good day.

MAIN SNAG: Slightly different from the life snag: when you are in a main snag, you are side-snag available. You each have side snags here and there, and maybe you are not into calling each other something as exclusive as “life snag.” All your uncles are in and out of being a main snag.

SIDE SNAG: Yes, the side snag is on this list twice as a warning. This one can be tricky because many who are the side snag are pretty damned sure that they are a main snag and possibly a life snag—or even a stealth snag. Those side snags who are most comfortable with their station usually win big at 50/50, Keno, and horseshoes. It could be because they are lucky, but you have to be good to be lucky.

SELF SNAG: What is a self-respecting matriarch going to do with a field of gnarly side-snag action hovering around the band office and grad lounge? You have seen the failure of a life snag and have felt the loss of your cherished side snag from two towns over. Now you are on your own, snagging yourself from all the dim-witted snags out there. At least, that’s what you tell yourself until the next minor family funeral.

GIVEAWAY SNAG: Ya, okay, funerals are a sad time. But at least there are cigarettes, good food, and the possibility of a snag—specifically, the giveaway snag, which takes place when the personal effects of the departed are given away to the community. This is the snag that comes from sticking around after the funeral until the bitter end, when the popular ’80s films on VHS are awkwardly handed to some tired teenage cousin who ran out of data four hours ago and cannot find the band-hall WiFi password. The snag is usually sealed when you are asked to help someone bring their giveaway bounty to their car. Then there is a look, a wink, and soon enough, you’re ordering chow mein for two at the Bong Kee.

DEPARTMENT OF INDIAN AFFAIRS SNAG: Okay, you know I don’t like Indian Affairs. And I don’t like white affairs that much either. But, sometimes, the timing is right, and the per diem is fresh enough to get me to lower my standards and embrace a little fiscal-year-end snag. It’s nothing to be ashamed of, but is it is nothing to crow about either. We’ve all been there.

BAND-OFFICE SNAG: Sometimes, your cousin comes and visits the band office on cheque req day, and they look tired and hungry, like a real Indian runaway model. And then that one Métis accountant from Indian Affairs is heading to the photocopy room for the audit, and their eyes meet, the coffee is extra dark and hot, and soon enough, the audit is done, and your cousin has their beer belly back again. That’s a good band-office snag.

TOXIC-MASCULINITY SNAG: This one is handed down from father to son and not too few mothers too. This is the snag that comes from men thinking they are better than women—or, more accurately, that women are less-than. And the women hold together patchworks of blame, claiming that strong women can handle it, strong women must endure, strong women are better than oblivion, even when passing down that oblivion to every daughter they hold and judge. This is the mindset that besets band councils, where men are late and unorganized but speak for twenty minutes without signing one per diem.

ART SNAG: We need to talk about resurgence—specifically the praxis of sex-positive Indigeneity and artistic freedom. I am talking about a caribou canvas, a contact microphone, and the trails your fingers leave drumming their way to your heart. If you find yourself in a studio, alone with the artist, this snag is for you. It always was.

CONFERENCE SNAG: When you find yourself on a three-day business conference in Swift Current about the best way to hire and fire cousins, and you get a name tag that says “Marco,” and everyone calls you by that name, and you get to feeling that Marco is really decisive, a powerful and resourceful douchebag, and those two attendees always stop talking when you grab your morning muffins and coffee, and you all end up going to dinner, then the lounge, then the casino, then someone’s wedding, and then you wake up and you missed day three of the conference, and everyone chalks it up to your being just that Marco, and you go home, and you don’t recognize your name when you arrive at the airport on top of your rez, and a few weeks later, one of the receptionists says, “Hello, Marco,” and then you realize that Indian country is much closer than you could have possibly understood—and when you pack to go to your next conference, and you see your delegate name tag with Marco printed on the front and phone numbers written on the back, that, that is the conference snag.

END-OF-THE-REZ SNAG The snag that everyone can see, when so-and-so drives from their place to the getting place every Wednesday night when their main snag hosts trivia night at the band hall.

RE-SNAG What goes around comes around, then leaves for the winter but comes back to burn the field and the bedroom. Often seen at weddings to round out the numbers.

SNAG-IN-LAW: This is a deep native-country snag—you have a snag who has a sibling who is snagged by another, and that one becomes your snag-in-law during a torrid huckleberry harvest in early August. Matching purple-stained fingerprints are a dead giveaway.

CULTURAL APPROPRIATION SNAG: One time, you go to the big smoke with the CN Tower and the house that Joe Carter built, and you run into the one online foe who always has the clickbait you refuse to endorse but cannot stop yourself from addressing. Maybe you find yourself, after a meal of bison and ʔa·kwum, leaving NishDish wondering whether you’ll encounter the named nemesis himself, and there you find him, sitting one door down as though the nupikas brought you to that very spot to find him with his plastic-cup iced tea and sheepish OMG, who the fuck is this guy look on his face. And maybe you ask him for a selfie, and maybe he says yes, and as you put your arm around him, you tell him you are counting coup—the act of touching one’s enemy and letting them go—and then you take the photo, stealing his soul and planting it somewhere between Yonge Street and Spadina Avenue. And it is a good day, and the Jays win, and the trains all stop, and the bison return to the hills calling your name between reruns of The Tommy Hunter Show and the 1972 Grey Cup.

Troy Sebastian / Nupqu ʔa·kǂ am̓ is a Ktunaxa writer living in Lekwungen territory. His writing has appeared in The Malahat Review, The New Quarterly, and Quill & Quire.