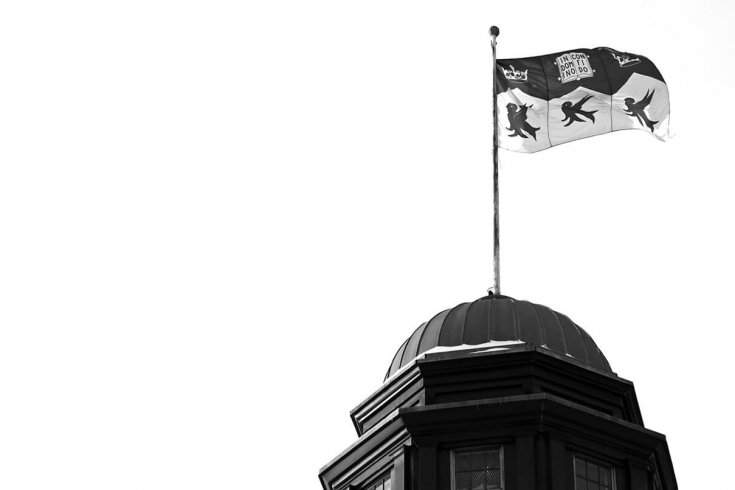 Nothing arouses a sense of journalistic common cause like a free-speech controversy. Oft-bickering pundits are suddenly locked arm-in-arm at the barricades, like downtrodden revolutionaries from Les Misérables. Our Valjean is Andrew Potter, the former Ottawa Citizen editor-in-chief who’s been drummed out of a plum post at McGill University following his recent Maclean’s column that exposed, in his words, “the essential malaise eating away at the foundations of Quebec society.” McGill itself has adopted the role of evil inspector Javert. According to Emmett Macfarlane, a political science professor at the University of Waterloo who also opines for Maclean’s, “No one at McGill can feel safe that they enjoy academic freedom or freedom of expression. The community of McGill needs to seriously consider whether they are going to stand by and allow this to happen. This is absolutely unacceptable.”

Twitter, meanwhile, is astir with conspiracy theories about how McGill might have been operating on orders from the Prime Minister’s office, or some other unseen political actor. Canadaland’s Jesse Brown suggests that McGill’s academic community has “taken a pact of silence” in regard to Potter’s fate—which conjures up images of robed figures murmuring incantations and passing around chalices in the Leacock building between classes.

Among my colleagues, it is widely acknowledged that the best take on the actual substance of Potter’s notorious column comes courtesy of the Montreal Gazette’s Don Macpherson, who notes that Potter’s comments more or less mirrored those of Le Journal de Montréal’s Richard Martineau (who might best be described as Quebec’s version of Ezra Levant mixed in with dashes of Rex Murphy and Joe Warmington.)

“Martineau’s column was simply shrugged off as just more of his ranting,” Macpherson notes. “There were no cries of ‘Quebec bashing.’ Reporters at the National Assembly didn’t swarm politicians in the corridors to get their reactions. Columnists in rival newspapers, some of whom were still piling on Potter two days after he honourably and publicly retracted his article and apologized for it, didn’t appear to notice Martineau’s.”

Macpherson also accurately notes that Potter’s column “betrays the authoritative ignorance of an overconfident observer who only recently moved to this place.” As a Quebec native, I will say that Potter is on to something when he says that Quebec exhibits dysfunctionalities that may appear bizarre to outsiders. But the portrayal of the place as a sort of slow-burn Fury Road really did miss the mark, as Potter now acknowledges.

All this said, I would like to interrupt the stirring renditions of La Marseillaise to point out that there are more factors at play here than just a risk-averse university appeasing Québécois hubris by throwing one of its own under the bus. And because of ongoing changes in the worlds of both academia and media, we likely will see more of this kind of scandal in coming years.

McGill’s Institute for the Study of Canada—which Potter headed until this week—was established in 1994 with a noble mandate to “promote a better understanding of Canada through the study of our heritage; develop a clearer understanding of Canada’s social, political and economic future; identify and explore the benefits that a pluralistic society offers; support the study of Canada across the country and internationally.” Like other similarly earnest bodies—including, dare I say, The Walrus Foundation itself—MISC is under pressure to demonstrate its relevance in an age where Tweets often are more influential than academic confabs. When Potter took the MISC job a year ago, McGill highlighted his “national visibility as a commentator on political and cultural issues,” and noted that “his reputation as a public intellectual in Canada and his experience as an editor at a major metropolitan newspaper will be great assets.”

Potter’s predecessor at MISC, by contrast, was an Art History and Communication Studies professor by the name of Will Straw, whose publication credits include Dialogues théoriques sur la culture and Intersections of Media and Communications: Concepts and Critical Frameworks. The only recent media coverage I can find on Straw originates with a speech he delivered in Regina on “The Urban Night as Interdisciplinary Object.” If Quebec politicians objected to this speech, they didn’t say so publicly.

As a guy who has made a career of flipping over apple carts and grinding the contents into 800-word servings of sauce, I very much applaud this trend toward “relevance.” But you can see why it’s going to create massive conflict. McGill is a two-century-old public research university with an elite admissions profile, and numerous lucrative partnerships with all sorts of corporate and governmental partners. No one should be surprised that having the head of something called “McGill University’s Institute for the Study of Canada” write a column about Quebec being Canada’s sociological craphole might have been a tad problematic.

Universities, like all major public institutions that have a broad range of constituencies and funding sources, are always destined to be profoundly conservative institutions (“conservative” as in marked by moderation). But men of Potter’s breed will never leave their rabble-rousing ways at the door. Their habits of mind, whether in print, in person, or on social media, will follow them into the ivory tower. The present conflict is the inevitable result.

McGill will now have to figure out whether they want to go back to the Straw model, or else look for someone else (ahem, ahem) in the Potter mold. Or they could split the difference and go for someone in between—a journalist with centrist, institutional tendencies (such as, say, Globe and Mail editorial page editor Tony Keller). But either way, there are trade-offs, either in the form of added risks for institutions, or self-censorship by the one-time journalists who increasingly will be abandoning their ink-stained lives in search of a more dependable meal ticket. (In Potter’s case, the only reason he was available for the McGill gig is that Postmedia in general, and the Ottawa Citizen in particular, are such unattractive long-term bets.)

As for the rest of us journos, we might want to interrupt our somewhat sanctimonious bleating against McGill to ponder all the editorial restrictions we have accepted in our own domains. If you are, say, a National Post writer of a certain vintage who once tried to write anything critical of Porter Airlines, or the Ontario Lottery and Gaming Corporation, or the big banks, you will understand my meaning here. Even at my current gig, I confess, I sometimes survey the broader Walrusverse before launching into social-media declamations about this or that famous Canadian person or institution.

Show me anyone in the entire field of Canadian arts and letters who claims not to be similarly circumspect, and I will show you a likely hypocrite. This is still a smallish country whose intellectual elite must continually dance about carefully to avoid stepping on one another’s toes. Potter’s sin was to momentarily fumble his waltz and tread on McGill. I don’t applaud the university’s exaggerated reaction—hopping about on one foot, as it were, and claiming that their bones had been broken. But the rest of us shouldn’t pretend that we don’t occasionally dance to the same melody.