Editor’s Letter | The Walrus
Skip to content
The Sqwalets Channel, separating the Kwantlen First Nation from Fort Langley, BC. Photo by Robert Jago.

Another Indigenous man was shot and killed by police a few hours ago. He was the ninth Indigenous person to die at the hands of Canada’s police forces since COVID-19 reached the country in January.

People were worried about what the coronavirus would do to reserve: as of today, Indigenous Services Canada reports that six people have died from COVID-19 on rez—a third fewer than have been killed by police or after police encounters. I look at my mask and I have to wonder if I’d be better off with a bulletproof vest. It sounds flippant and dramatic, but the reality of it—the absurd reality of it—is that it’s actually true.

This is a critical issue, and one of so many. I feel that it’s my responsibility as a First Nations writer, one with this platform, to write about these issues. But that’s part of the problem with racism. There are the direct effects, but there are also, what you call in business, opportunity costs. For every minute we spend refuting racism, demonstrating that we’re one of the good ones, that victim x, y, or z of some crime is a worthy human being, every march, every blockade, all of it takes time away from us building and creating and doing what we want to be doing with our lives.

My grand ambition is not to write angry letters about Rex Murphy or to be the token minority asked to rebut Stockwell Day; that’s no one’s life goal. But it’s something I’ve been asked to do in the past. People saw this as a fit use of my time. If none of this stuff was happening to us, and if I could wake up tomorrow as a different person, it wouldn’t be as Sitting Bull or Malcolm X—it would be as Anthony Bourdain. That’s a life I would sell my soul for: to live without a big fight, to drink and eat and travel, and to show people the world’s cultures through food.

But, of course, these things are happening. And people will reach out and ask Indigenous people to write and march, to lead and do all of the things that make up our resistance. That’s going to take a lot out of us—it always does. It’s stolen time.

At the end of last year, the Two Row Times, a Haudenosaunee newspaper based in Ontario, published a list of the top Indigenous stories of the last decade. These included land defenders fighting back against unauthorized resource extraction on First Nations territory, the Truth and Reconciliation Commission’s final-report finding of cultural genocide, the Sixties Scoop settlement, and dozens of other events that share one thing in common: each is about our reaction to something non-Natives did to us. It’s like we’re supporting actors in our own lives.

The first verse in the Gospel of John declares: “In the beginning was the word, and the word was with God, and the word was God.” For my people, the Stó:lō, the god Xa:ls speaks directly to people’s souls through song. In the beginning was the melody, and the chorus of our souls was with Xa:ls, and the song was of Xa:ls. As he declares in a very ancient song, “This is the world of Xa:ls”

In the moment of creation, another ancient song records the Sun God and the Moon God looking down at the new Earth:

With arms outstretched
A moment,
Silent,
Then, in the first shadow of evenfall,
They leaped into space;
Came to rest
On the new world of their love;
Thus: the first man and woman.

I picture the end of an eclipse, the sun’s rays breaking through between the two celestial bodies above, to reveal in harsh light a man and a woman in silhouette embracing by our river.

Back on reserve, in our sthew’txw—the place of worship—we don’t sing that song anymore. Every song left to us seems to be a dirge. The breadth of our existence is meant to be represented by song. But, since someone else started calling the tune, we sing only and solemnly about them and what they’ve done to us.

What they’ve done is wrong, and I don’t want to forget about it—that these things are happening. Even as I write, they’re in my mind, insistent as a smoke alarm. But I want you to imagine you don’t smell smoke. Pretend the house isn’t on fire and everything is okay. If we had just a little bit of time to ourselves, when things were fine, we could do those things we want to—not as acts of resistance or resilience but because we’re alive and the point of life isn’t Manichean struggle. Life is meant to be about being happy, and as importantly, it’s about the pursuit of that happiness.

Philosophically, I love the work of the existentialists. In popular culture, it’s treated as turtlenecked nihilism. It’s not. Boiled down, existentialists believe that, absent God, you have to figure out what it means to be a good person, and it’s on you to decide what a good life looks like. And, once you do, you need to pursue that life and live by those values.

I actually think it’s a reasonable description of how society works: media and culture are all a loud debate over what is a good life and who is a good person. But Indigenous people are left out of that discussion—because, while non-Natives don’t have to spend all their time asserting their right to life, liberty, and all that, and so are free to talk being, nothingness, Marie Kondo, and the wisdom of colonizing Mars, we, on the other hand, are busy reacting to non-Natives. Saul Bellow is rumoured to have said, skeptically, “Who is the Tolstoy of the Zulus? The Proust of the Papuans? I’d be glad to read him.” I suspect I’ve met the Kafka of the Anishinaabe, but you won’t be reading their fiction soon, because, unlike Proust, their every word is spent trying to convince you that they deserve basic human rights. Ne me parle pas du temps perdu.

The other reason for this project is one that every Indigenous writer, maybe every minority writer, knows very well. As an Indigenous writer, you waste a lot of time teaching Indian 101 to non-Native readers; sometimes it can eat up the entire story and you’re left adding nothing new. For this project, I’ve asked writers not to “translate” themselves for non-Natives.

It seems to me like all of this should be a given, but it’s more contested an idea than you might think. Recently, the former editor of The Walrus, Jonathan Kay, wrote about Kent Monkman, a Cree artist who was the subject of controversy over a new painting of his. The painting was seen by some Indigenous commentators as offensive to his nation’s culture and faith for its depiction of what many interpreted as sexual violence being done in a ceremonial setting.

An issue those commentators had with the painting was that it wasn’t just offensive to the Cree tradition and faith but that it used that offence to appeal to a white audience. It’s a criticism that I partly agree with. I have a lot of space for blasphemy, even of my own nation’s faith. But blasphemy works only if you’re directing it at believers. When you direct it at people from another faith, especially one that so recently was instrumental in suppressing the Indigenous beliefs in question, it’s not blasphemy anymore—it’s prostituting your culture. It would be like an American sending up her people at all the best comedy clubs in Tehran.

Kay addresses that criticism with this: “If you tell an Indigenous artist that he shouldn’t be pitching his work to [a white] audience, you’re basically telling him to go live off charity for the rest of his life.” It seems that, in Kay’s view, Indigenous people have a choice between performing for a Native audience or making a living.

The idea that this project, too, might be seen as a charitable venture is seldom far from my mind, especially as it’s for a non-Native publication. So, to my non-Native reader, Are you reading this because it’s good and thought-provoking, or are you reading this because it’s what good people do? Which is to say, Are you reading this to make your commute go faster, or are you reading this in the same way you sort compost, recycling, and trash—as a civic responsibility? Are the critics right that appreciating the work of Natives is an act of charity? For you, I think this series is going to be a test of that, because while you may be name-dropped in these articles, they aren’t centred around you: mentions of us, we, and our, for once, aren’t you.

To Indigenous readers, I hope that you won’t judge us too harshly for using this space this way. I hope you see something familiar and recognizable in these stories and that, as this series unfolds and we keep adding to this project, they paint a portrait of a terra cognita, a land that you know well. 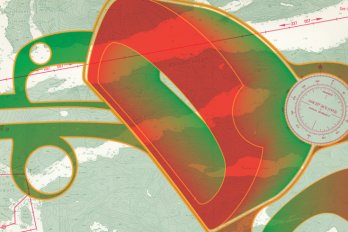 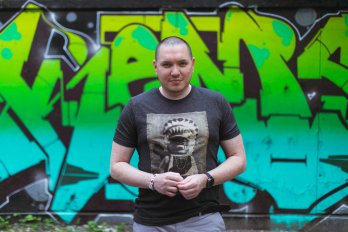 Notes from an Apocalypse