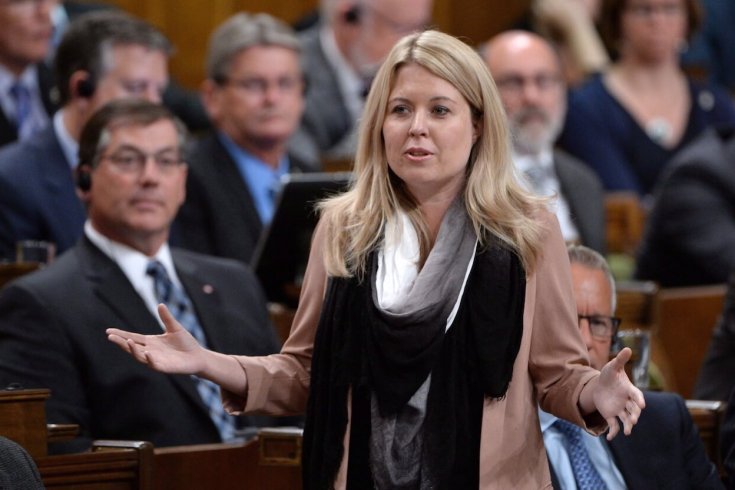 Let us begin with the stakes: About three-quarters of Canada’s exports go to the United States, four hundred thousand people cross the border every day, and somewhere in the vicinity of 2.5 million Canadian jobs depend, in one way or another, on trade with the United States. NAFTA is for us, as the cliché has it, an existential issue—the cliché being completely correct in this case. And now the terrible day we have dreaded since the election of Trump has arrived, and negotiations are set to begin on August 16. This state of crisis has provoked a particularly Canadian series of questions on the nature of political manners. Who has the right to talk about our business, how, and in what venues?

Until recently, to the credit of both parties, politicians in both the Liberals and the Conservatives have shown an extraordinary level of cooperation when it comes to the potential catastrophe of a Trump presidency. It’s not just Brian Mulroney using his connections in Florida and offering his advice, as exceptional and laudable as that was. In February, the interim Conservative leader, Rona Ambrose, wrote a letter to Trudeau, offering her colleagues’ services and connections. Foreign Affairs minister Chrystia Freeland in turn praised the Conservatives for joining forces across the aisle and refusing to play politics with Trudeau’s first visit to Trump.

The Omar Khadr settlement, however, has ended that arrangement. The Trudeau government finally made a genuinely unpopular decision, and the Conservatives, unglamorous and limping towards irrelevance with the selection of a charisma-free leader who has exactly zero new-media skills, had to capitalize somehow. First there was the op-ed in the Wall Street Journal by former environment minister Peter Kent, followed by Michelle Rempel’s appearance on Fox News.

Both attacked the Khadr settlement and made no statement whatsoever about US-Canadian trade, but columnists connected to the Liberal Party more or less accused them of damaging Canada through their appearances. Twitter soon brought its typical measure of well-meaning thoughtfulness and sophisticated nuance to the matter. Catherine McKenna, the current environment minister, tweeted: “US announces NAFTA goals & #CPC MPs in US talking…Khadr w #altfacts. Irresponsible. Millions of Cdn jobs at stake.”

Implicit in these 140 characters are several distinct ideas, all of them toxic to the state of Canadian politics. First of all, with the use of her phrase “altfacts,” McKenna compared the Conservative Party of Canada to the alt-right in the United States. The Canadian Conservatives are nothing even remotely close to the alt-right. And we should all of us, of every political stripe, be deeply grateful for that fact. McKenna is playing a dangerous game by conflating Canadians with different opinions from Liberals to an emergent group of neo-fascists in the States.

It was McKenna, also, who connected the discussion of the Khadr settlement with trade. The idea seems to be that any discussion of Canadian matters on American media is inappropriate, an “airing of dirty laundry” that will harm our national interests. Trudeau, when he was asked about Rempel’s remarks, seemed to agree with this very dubious connection: “This is too important to fall into partisanship, for most people.” Trudeau is not the first prime minister to hold this opinion. When Tom Mulcair went to the United States in 2013 and spoke frankly to his American counterparts about Stephen Harper’s climate change policies, Conservatives were equally unhappy. Saskatchewan Premier Brad Wall said straight out that Mulcair was “betraying Canadian interests.”

Despite its status as a diplomatic centre, or maybe because of it, Ottawa produces a peculiar parochialism around American media. There is an impression that American media is for Americans just as Canadian media is for Canadians—a hilariously old-fashioned notion. The truth is that when somebody writes about Canada in the op-ed section of the Wall Street Journal or the New York Times or appears on Fox News, those occasions are as good, if not better, chances to speak to Canadians than if you’re writing in the Globe and Mail. That’s why Rempel and Kent went to those institutions.

Another essential fact is that it is difficult to overrate how little Americans think about us. Those who hear about the Khadr settlement on Fox News will likely not put this together with NAFTA at any point. Rempel’s appearance on Fox had no effect on any policy position that has been or will be formulated by either side.

Only someone who believes far too much in the power of the media—or somebody attempting the cheapest of political points—could worry about who gives an interview on what show in what country. Was I a traitor for attacking Stephen Harper in the New York Times during the last election? Were all the Canadian journalists who attacked the Keystone XL pipeline in American media acting against the national interest? McKenna’s tweet was attempting to establish a primordial taboo by claiming that anyone who publicly disagrees with a government policy in the US media is acting against the country. It is exactly this spirit of exclusivity—the idea that the only true Canadian is a Liberal Canadian—that tends to get Liberals thrown out of office.

The squabble over American media appearances has been, up to this point, more or less a stupid Twitter fight. But it brings us to a much more important matter than the Khadr settlement: How much are the Conservatives allowed to disagree with the Liberals on the question of trade proper? As both sides surely understand, the question transcends mere party politics. I hope, but I also believe, that very few Conservative or Liberals are so involved in their political careers that they want to see 2.5 million of their fellow citizens thrown out of work.

There really is such a thing as a loyal opposition, whose job is vocal disagreement. It is incumbent on both sides, but especially the government, to find a way to debate these questions without calling each other traitors.