Taking Hallucinogens with My Mom | The Walrus
Skip to content 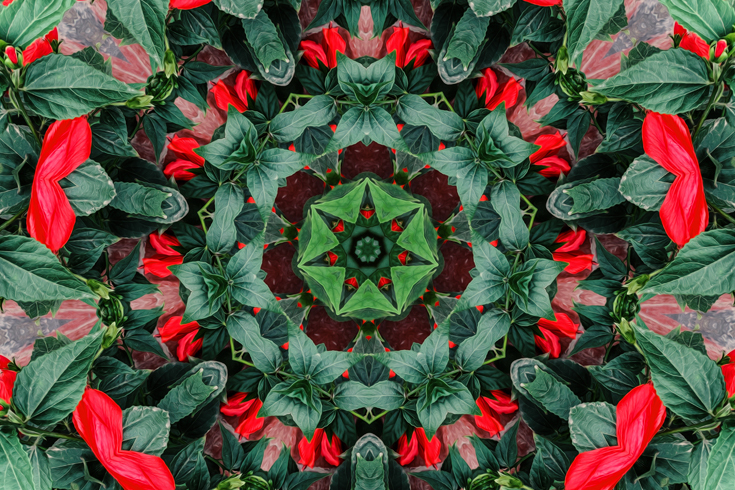 I was lying on a buffalo-skin rug, high on ayahuasca. My thoughts were going deep: Why can’t she just get the damn surgery? How long will she keep this up for? What exactly did she mean by the “quantum plane”? I waited expectantly for access to a higher realm—and maybe some insight into my mom’s magical thinking. Suddenly my face felt wet. I opened my eyes. The shaman was standing over me, flicking Peruvian flower water on my head, chanting, “Sha-na-na-na-na-na-na.”

Doing drugs had not been my idea. I prefer to keep my visions 20/20. But what do you say when your sixty-seven-year-old mother asks you to go into the woods with her to take hallucinogens? To be clear, Mom was never the acid-droppin’ hippie type. She was more of a New Age junkie, always on the lookout for a new fix. And now the stakes had never been higher: she’d been diagnosed with cancer and was trying every potion under the sun—except for chemo.

As part of her alternative-healing journey, Mom had decided to attend an overnight ayahuasca ceremony in the countryside an hour north of Toronto. The psychoactive plant remedy, used by Indigenous peoples in the Amazon for centuries, had become all the rage among Western spiritual seekers. Made from the vine and leaves of two separate plants and consumed as a molasses-like tea, ayahuasca’s effects are said to be cleansing and transformative. It’s been used to help overcome depression, anxiety, addiction, and many other conditions. “People say it’s like thirty years of psychotherapy in one night,” Mom boasted. That’s supposed to sound appealing?

Unsure of what to expect, Mom had asked me to come along. “It would be nice to have you there for support,” she’d said. “And maybe you’ll have your own spiritual awakening.” Spiritual awakening? My spirit likes to hit the snooze button and hates leaving downtown. But I loved my mom, and if she was going to experiment with drugs, I’d rather be there to keep an eye on her. At the very least, it would be a mother-daughter trip to remember (if only in flashbacks).

We arrived at a log house, where the shaman greeted us with the kind of deep, meaningful hugs that last way too long. He was a very friendly white guy in his mid-fifties, who introduced himself by his Peruvian medicine-man name. (I imagine his real name was something like Jerry Goldstein.) Mom and I said hello to the few other participants, who were already huddled around in the living room. We found some floor space on the rug and rolled out our sleeping bags so that our feet faced the fireplace-turned-altar, which was adorned with feathers, crystals, and antlers.

Then, to my horror, the shaman proceeded to hand out large empty yoghurt containers because, as he explained, it’s common to “purge” when you take the “medicine.” Apparently I was the only one not aware of this fun fact. But it was too late—the psychedelic slumber party had begun. The shaman blessed the ayahuasca and, one by one, we were invited to sit at the altar and do a shot. When it was my turn, I gulped back the bitter brew and headed back to my cocoon, where I chased it down with some orange Vitaminwater. The ayahuasca had notes of rancid coffee, rusted metal, and jungle rot; it wasn’t a mystery why they called it “the vine of death.”

Now, going into this, I’d thought the shaman would just be on hand, like if I had any questions or wasn’t feeling well. But no, this ceremony was intimate and interactive. As we started our trips, he began making his rounds, each time with a different act. First, he waved a fan made of feathers in my face. Next, he shook dried leaves around my body. Then he blew tobacco smoke into my sleeping bag. Um, thanks?

By the time I was being baptized with flower water, I figured things couldn’t get any worse. Then my stomach began to rumble. I absolutely hate throwing up, so I was determined to keep the poison down, even as my tummy churned like a washing machine. However, I soon discovered that, if there’s one thing I hate more than throwing up, it’s hearing a room full of people—including my own mother—violently puking their guts out into yoghurt containers. It was a sober vision of pure hell.

By about 4 a.m., the hope of sleep putting me out of my misery was all but lost. “It’s music time!” someone announced. I braced myself as a long-haired hippie dude picked up a guitar and began to serenade us. “Free, free, like a dolphin in the sea,” he sang repeatedly. He obviously hadn’t seen The Cove.

If ayahuasca was bringing any clarity to my life, it was that saving Mom would have to wait for another day (and that I should never leave home without earplugs). I glanced over at her. She was adorable, all strung out, swaddled in her sleeping bag. Is this how she used to look at me when I was a baby?

I was feeling restless. I wondered if it would be rude if I excused myself to go watch TV in the bedroom. Maybe I could play Scrabble on my phone? There was really no way out. So I went back to the altar and downed another shot.

Rachel Matlow (she/her/they/them) was a long-time producer on the arts-and-culture program Q on CBC Radio, where she also worked on Spark and The Sunday Edition. She has written for the Globe and Mail, the National Post, and The Believer.