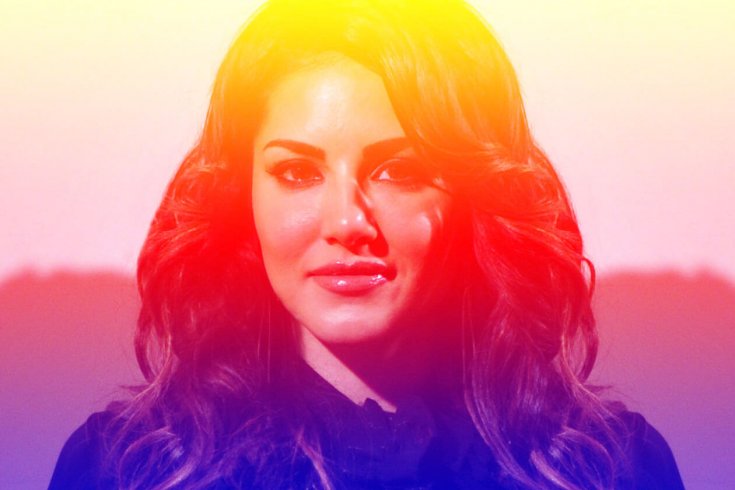 But Leone had been trying to tap into the vast Indian market for years. Even before her foray into the Indian TV industry, she’d noticed that the majority of traffic to her website, which sells a range of products including DVDs, leather boots, and personalized video messages, came from India. More recently, she has been described as the most Googled Bollywood actress in the past decade. But the offer to join the cast of Bigg Boss was attractive. “If I didn’t do it, it would have been one of the biggest mistakes,” Leone says over the phone from her home in Los Angeles. “The show is watched by 25 million people, every night. The only other show that creates brand new content every single day is the news.”

Leone is now the subject of Mostly Sunny, a documentary by Canadian filmmaker Dilip Mehta (brother of acclaimed director Deepa Mehta) that screens at the Toronto International Film Festival this month. The film is described as a “fascinating portrait of one of the most intriguing—and unlikely—international stars to emerge in recent memory.” Mehta was interested in looking at how Leone was being regaled and feted in Bollywood, while India seemed to be dealing with a wave of intolerance. “There’s a right wing incumbent government, freedom of choice is being curtailed, and our Muslim brethren are feeling jittery as to what’s happening,” he says. “It seemed timely to do the doc. And there’s a sense of whimsical irony there.”

Leone had no way of predicting her success back in 2010. She had trepidations about returning to a country that her parents had left for Canada in 1979, seeking a better life for their children. But it wasn’t North America’s first major South Asian porn star that greeted Indian viewers on Bigg Boss. Instead, Leone won over fans as a sweet, Indian girl next door more interested in learning how to cook Indian food and practice her limited Hindi than vamp onscreen. None of it was an act, she says, pointing out that she grew up in a typical Punjabi Canadian home, “eating aloo parantha (potato filled bread) and playing hockey.”

Leone appeared as a counter narrative to the expected plot on Bigg Boss, says filmmaker and writer Paromita Vohra who runs Agents of Ishq, a multimedia project about sex, love, and desire in India. “On Bigg Boss everybody shows their worst self, and Sunny Leone showed herself to be nice. She was more Indian than Indian girls,” Vohra says. “People were able to accept that she was once a porn star, which at some levels is a very complex response that you don’t find easily in other countries. Indian culture is heterogeneous enough to be able to absorb a Sunny Leone.”

It also helped that Leone didn’t question the Indian power structure, unlike other Bollywood provocateurs who constantly underline the hypocrisy of their society. Perhaps unintentionally so, it was a brilliantly subversive move. The prudish in India don’t appreciate women who talk only about sex; the titillation wears off, and the provocateurs find themselves becoming irrelevant. Leone, however, never mocked Indian society. She is married to her former porn costar Daniel Weber, and so isn’t seen as a threat. In fact, her marital status and straightforwardness about her past work affords her an immunity of sorts. Leone seems well aware of her place in Indian society. “She makes that division between the personal and professional very clear,” Vohra says. “Who I am as a person is not the same as the one on screen. That is what has signified her survival.”

The interview went viral. People were outraged by the questions, while praising Leone’s composure. Her status as a newsworthy personality—and potential role model—versus just a pretty face, skyrocketed. Several of Bollywood’s A-list celebrities, who had maintained a polite distance from her, came to her defence. Leone says the combative interview experience was nothing new for her, and neither were the questions. “There wasn’t anything in there that I haven’t been asked before,” she says. “But the manner in which he was asking me, I think it caught people off guard.” She was scared about the repercussions of the interview and worried whether she might have offended someone. Instead, the outpouring of support was a surprise, and something she’s still trying to wrap her head around. Mehta thinks people made too much about the interview, and that the journalist wasn’t being sexist at all—just doing his job.

While Leone’s decision to move to India may have been for financial gain rather than to make a political or intellectual point, she has helped push many Indians from talking about sex behind closed doors to talking about sexism in the open. When Mehta first spoke with Leone for the documentary, he thought we would uncover some kind of sordid story. Instead, he found a sharp businesswoman in control her body, her image, and her future.

Aparita Bhandari (@aparita) has written for the Globe and Mail, Chatelaine, and the CBC.