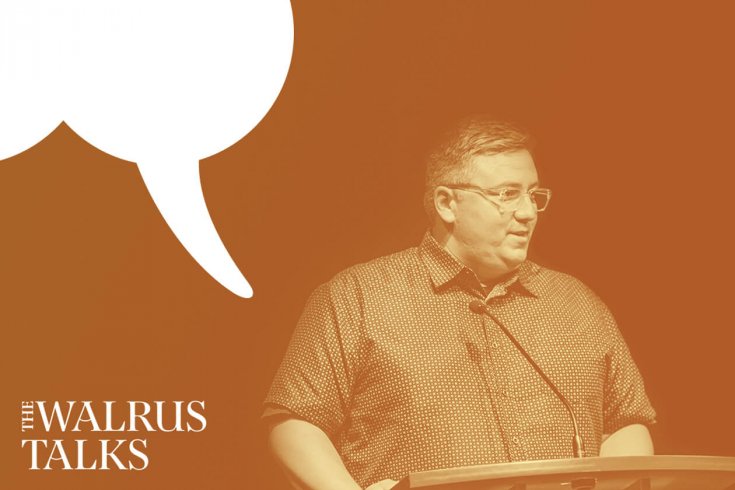 Ryan McMahon - From The Walrus Talks Success, September 20, 2018, in Toronto

Ryan McMahon brought humour and humility to his Walrus Talk, drawing the audience in with anecdotes he used to highlight different definitions of success and the value of a good song, a good cup of tea, and the love of a community.

N.B.: McMahon broke into song about halfway near the end of his Talk.

You can listen to McMahon’s talk or read it below.

G ood evening, everybody. My name is Ryan McMahon.
What I’ve just said in my language, in Anishinaabemowin, is “This is a stick-up. Pass your wallets to the front. There will be no reconciliation until I place a very large order on Amazon for all of the books in my wish list. I’ll wait.”

When asked to do this talk, I thought yeah, it’d make sense, asking a barely recognizable Indigenous stand-up comedian in Canada to come and talk about success. I thought absolutely, that makes sense. I have a degree in theater; I can fake it if things go sideways. By definition, I suppose I am a success. But I need to place myself before I share my story. I come from a long line of survivors: really tough Indigenous women. Residential school survivors, Sixties Scoop survivors, survivors of the mostly failed experiment that we call Canada. I’m the oldest of four kids. I’m the first of my family to graduate high school. I attended the University of Minnesota on a full hockey scholarship. I’m chubby now, but … Why is that funny? That was a loud laugh from the front.

I was the first in my family to graduate from university, and the first Indigenous graduate at the prestigious Second City. I’m the first native comedian to ever record a one hour comedy special with the CBC, when in 2012 I recorded Ryan McMahon Unreserved. I’ve a great family, a partner I love, my children are thriving in school, in music classes and in life. Amongst my friends, my cousins, my relatives, I can I suppose brag that I won the race to the middle class.

Because that in Canada is what life is. It’s a race to the middle class.

And when trying to come with what to talk about in terms of success, I couldn’t settle for that, so I turned to my language to see if there is a world. How do we say that in the Ojibwe language? And it turns out there’s no such word in my language, that success can’t really be described in the Ojibwe language. We’re a verb-based language that describes the world around us, and so to point to an Anishinaabemowin to describe what success is, I would have to say, “Well, Uncle choked out a moose with his bare hands and that’s why we’re eating moose meat. So therefore he’s successful.”

That’s a version of Indigenous success.

Is that what we’re telling Indigenous youth success is? You have to leave in order to be successful.

One time in Lac La Croix in the heart of Treaty 3 territory, while doing a workshop with Indigenous youth, I was asked to come there because I am so successful. To tell the kids how to get their shit together. And as I started my very, very interesting talk, I saw how uncomfortable they were, and how disinterested they were in what I had to share. And I had to call a time out and ask the organizer did I say something to make them angry, did I say something to upset them? And he said, “No, what you’re talking about is the intersection of language and culture and living on the land with elders in connection with the place you’re from, and I have to tell you, each and every one of these kids were on their trap lines with their grandparents. So they’re already doing that.”

A song that was sung in Treaty 3, when we welcomed settlers into our territory. That’s a welcoming song.

To me, success is a story shared over a cup of tea on the lake with elders, with community, surrounded by love.

Success, or at least my definition of it, is still a journey for many Indigenous people in Canada. We might define success or call success seeking Mino-bimaadiziwin. In our language, Mino-bimaadiziwin is the good life, it’s the life we all seek. I hope your journey to success is full of good life. Miigwech. Thank you.

Ryan McMahon is an Aboriginal and Native American comedian working in Canada and the United States and a graduate of the Second City Conservatory. In 2012, he released Ryan McMahon UnReserved, making him the first Native comedian to tape a one-hour stand-up comedy special for CBC TV. In July 2012, Ryan made his debut at the Just For Laughs festival in Montreal, where he was included in the event’s New Faces list. Ryan tours independently, selling out large and small venues, and his live show combines stand-up, improv, sketch comedy, and storytelling into an original style he calls Indian vaudeville. 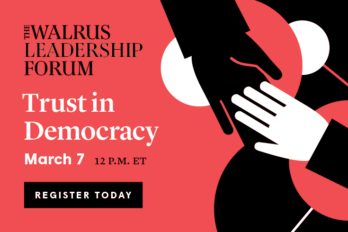 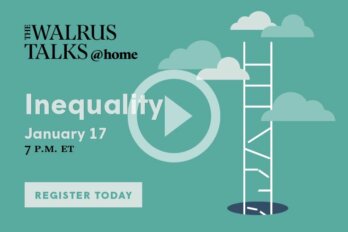