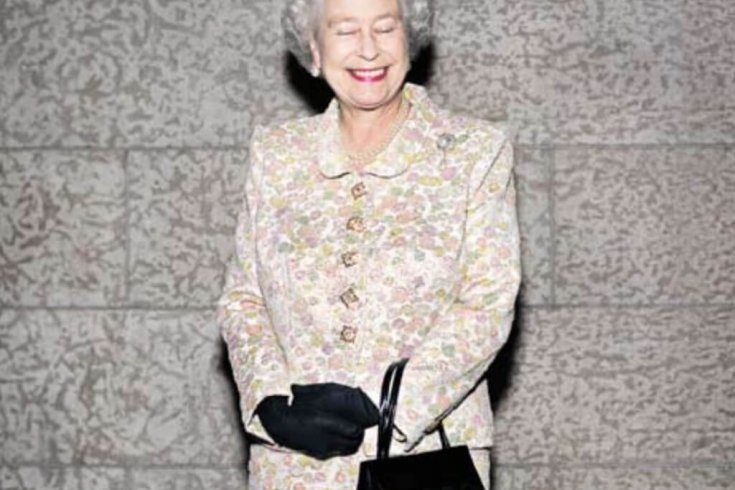 Queen Elizabeth II, on a Royal visit to Winnipeg in 2002.

According to Citizenship and Immigration Canada, around 170,000 people become naturalized Canadians each year. All new citizens over the age of fourteen are required to take an oath to Queen Elizabeth II that goes like this:

I swear (or affirm) that I will be faithful and bear true allegiance to Her Majesty Queen Elizabeth II, Queen of Canada, Her Heirs and Successors, and that I will faithfully observe the laws of Canada and fulfill my duties as a Canadian citizen.

I suspect that the decision to specify an age limit was a calculated one: most tweens would possess enough unbridled curiosity to ask why they’re solemnly swearing allegiance to a woman who only occasionally deigns to visit the country their families have striven to become citizens of. It’s a good question that has recently taken on a greater pertinence for me personally.

I’ve been looking forward to becoming a Canadian citizen since I attained landed immigrant status almost three years ago. As a Britisher born and raised not fifty kilometres from Buckingham Palace, I’d always regarded the monarchy as a manageable embarrassment, though as a child I took some misplaced pride in the fact that our Queen remained the head of state for so many millions of people in such far-flung and exotic places. Places like Canada.

I left England at twenty-one years of age, and soon after became casually contemptuous of Her Majesty and her whole gang, for reasons I’ll touch upon in a moment. Since learning that becoming a Canadian citizen means swearing an oath and reaffirming the royals’ nominal ownership of my person, my inert republican leanings have been given a renewed focus and vigour. In short, I’m urging you to get rid of them. It’s okay, I can say that; I’m British.

Now, I realize that it’s awkward to call out Canadians for their monarchical fidelity, given that this country came into its own as a giant refugee camp for Loyalists fleeing the rebelling thirteen colonies. It’s worth pointing out, however, that the king these proto-Canadians uprooted their lives for bore the justly earned epithet “Mad.” And therein lies my biggest objection to the content of this servile-sounding pledge: newcomers are being forced to bear allegiance not just to the sitting sovereign, but also to any unimpeachable nincompoop who happens to be squeezed out of an aristocratic birth canal and into the line of succession.

I’ll concede that man of the hour William Windsor has not yet shown himself to be an utter twit, and his bride—in the pantheon of recent royal consorts—seems nice enough, and certainly not difficult to look at. Their combined toothsomeness may well breathe some new life into this decrepit dynasty. But betwixt now and the eventual reign of the quasi-relatable King William V lies his cantankerous, backward-looking, and malformed father, the future Charles iii, whose 2009 visit to Canada was met with barely contained indifference. Imagine being forced to swear allegiance to this obsolete, bat-eared, scrotum-jowled old misanthrope, a man who talks to plants, proselytizes the use of bogus alternative “medicines,” demonstrates a contempt for modernity, and was famously recorded stating his wish to be one of Camilla Parker Bowles’s tampons.

Charles is just one example of what can happen when regents are bred like show dogs. This quirky hereditary system is a lottery, and it reliably turns up all kinds of miscreants: Nazi sympathizers (Edward viii), traitors (Charles I), murderers (Richard iii), the mentally ill (George iii), wife decapitators (Henry viii), and nitwits (most of the rest). I find it outrageous that Canada has yet to shrug off this last vestige of colonialism, outsourcing the appointment of a head of state to a cabal of distasteful foreign aristocrats. Contrast this devil-may-care-attitude with how conscientiously you people select a national hockey team.

By hook or by crook, the House of Windsor will eventually be relieved of its duty to sire heads of state. Australian prime minister Julia Gillard has already suggested that the death of Queen Elizabeth II should herald the birth of an Australian republic. Once this happens, it’s hard to imagine other nations won’t follow suit and politely dispense with the Windsors. This is spirit-lifting stuff, though it’s slightly ignoble that our long-overdue self-governance has to wait until an old lady croaks.

The work of disentangling the monarchy from Canadian institutions, then, must begin post haste. A good way to start would be to give new Canadians the option to pledge allegiance to Canada itself. Something’s amiss when the oath fails to fill hearts with true patriot love the way a domestic beer commercial so reliably can.

The best alternative I’ve seen was commissioned by Sergio Marchi, then minister of citizenship and immigration, in 1994:

I am a citizen of Canada, and I make this commitment: to uphold our laws and freedoms; to respect our people in their diversity; to work for our common well-being; and to safeguard and honour this ancient Northern land.

There. Doesn’t that feel better?

A comedy writer prepares a script for Queen Elizabeth II

Luciano Casimiri is a founding member of Kids in the Hall and a former writer for the comedy programs This Hour Has 22 Minutes and Royal Canadian Air Farce. But he received a serious opportunity in 2002, when he was invited to script Queen Elizabeth’s visit to the CBC building, to commemorate the fiftieth anniversary of the network’s first televised broadcast. It was a big job: “Every step along the way had to be scripted,” says Casimiri. “It’s to make the most of her time. I had to write everyone’s dialogue, and then I had to pass everything along to the Queen’s secretary in Canada, and he gave notes. And there were tons of notes.” Over three weeks, Casimiri wrote and rewrote banter for the forty people involved in the ten-minute visit, managing to sneak in a royal handshake for himself (“I wasn’t in trouble or anything. This was pre-terrorism”). It was not his last brush with royalty; this year, he helped produce sketches for television in honour of William and Kate’s wedding. They star another kith alum, Scott Thompson, reprising his notorious impression of Her Majesty.

Grant Stoddard is a contributing editor for Men’s Health magazine. He published Working Stiff: The Misadventures of an Accidental Sexpert in 2007. 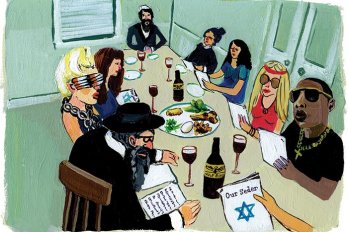 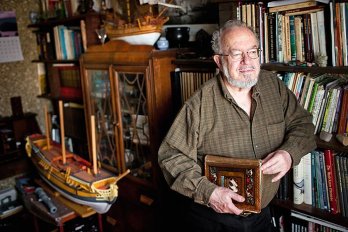