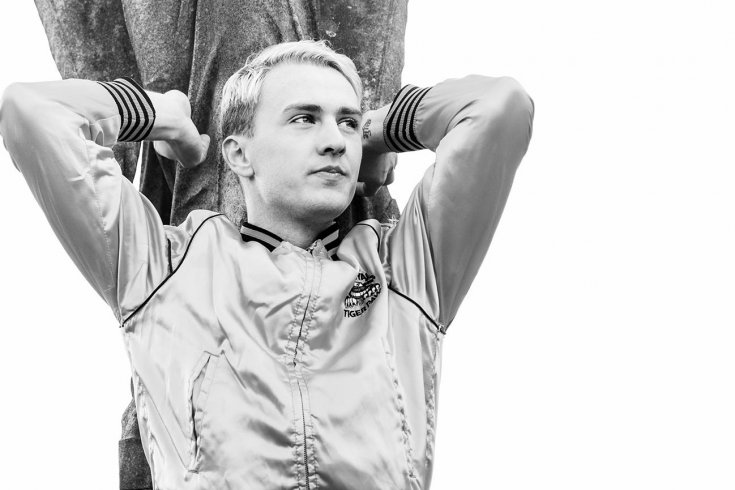 I’m glad Barbara Kay criticized my book, When Everything Feels Like the Movies. Her recent op-ed for the National Post, “Wasted tax dollars on a values-void novel,” reinforced why I wrote it in the first place, to educate people and open their eyes to a world and a character they may have not understood before. Kay now knows that there is a difference between a transgender person and a flamboyant gay boy. Or so I would hope. Last week, I noticed someone tweeted at her that she had mislabeled my fabulous narrator Jude as transgender. (He’s not. The book is about his coming of age as a gay teen.) Instead of retracting the error, which has since been picked up by other media outlets, she responded by tweeting, “Jude is certainly trans-something (most boys don’t wear lipstick) . . .”

When I first read Kay’s article, I thought it was sensationalistic and fear-mongering. I loved it! I knew that up in heaven, or down in hell where Kay had placed him, Jude was basking in the drama.

I even thought some of her sentiments were poignant. “Jude is a reverse Peter Pan: sexually adult, but socially infantile,” she wrote. “His egoism is unapologetically absolute.”

I was touched. She’d just defined Generation Y, but instead of seeing Jude as an emblem of the isolation faced by young people today, she instead saw him as a villain. Weird, explicit, void. She demonized him.

As I read on, the other Louboutin dropped. It became increasingly transparent this wasn’t just an opinion. This was God’s opinion.

It being death. It being the real murder of a boy like Jude—a boy like me, a boy who exists and who deserves to be represented in young adult literature and beyond. A boy named Larry Fobes King.

The Post has redeemed itself with books editor Emily M. Keeler’s review, which brought the focus back to Larry—a fifteen-year-old gay boy from California who was killed by his crush, a fourteen-year-old straight boy, after asking him on a Valentine’s date. (The story inspired me to invent Jude, and write a world for him to inhabit.) During the trial of Larry’s murderer Brandon McInerney, many of the conservative, white, Christian jurors sympathized with the defendant, a blue-eyed boy next door. They vilified the victim, who was half-black and unabashedly queer. They claimed they could understand how Brandon was driven to murder Larry over his overt sexuality. The jurors wanted Brandon saved. They even wore “Save Brandon” bracelets around their wrists.

The jurors were deluded by a dubious “homo-panic” defence. Poor Brandon couldn’t get away from the big, bad faggot blowing him kisses in the hallway at school. He had no choice but to kill him. Brandon was bullied too, they implied.

It’s as if we can’t feel sorry for a murdered queer unless he lived as a saint. In the martyrdom of Matthew Shepard, it is often overlooked that Shepard was HIV positive and cruising for gay sex the night he was attacked. Does acknowledging those facts take away from our ability to empathize with his brutal fate, or to consider him a victim?

In creating Jude, I was determined to keep all of his flaws intact. They are a part of him and his world. A generation whose hearts only beat when their followers on Instagram are clicking the heart emoticon next to their photos, filling it red. They are at times ruthless and selfish, only finding self-worth in social media statistics. Barbara Kay aptly labeled Jude values-void. True. Everything he and his peers do is about getting more “likes.” There is no agenda to that truth being represented in my book, other than accuracy. I tried to portray a detached and damaged digital youth.

Underneath Jude’s harsh and provocative bravado is a lost soul, who like all of us, just wants to be loved. Only his culture doesn’t differentiate attention from love, and so he relies on shock to get a reaction from those around him. Jude is revolting against the confines of a society that has decided what is appropriate of “most boys.” Instead of his individuality being celebrated and nurtured, he is oppressed in the same way my book is in being attacked by petitioners who are attempting to revoke its Governor General’s Literary Award because of their hyperbolic, illusionary fear of its corruptive effects on the children.

It’s too late! You can try to “protect” your children from Jude Rothesay, but your efforts will be futile. He’s already in their lives. He goes to their school. He’s on their Facebook feed. No matter how many times you click “Hide,” you can’t get rid of him.

And if you read beyond his superficial, selfie-surface to reach his heart (his real heart, not the Instagram emoticon), you wouldn’t want to.

Raziel Reid is the author of When Everything Feels Like the Movies, winner of the 2014 Governor General’s Literary Award for English-language children’s literature.