Sins of the Past | The Walrus
Skip to content 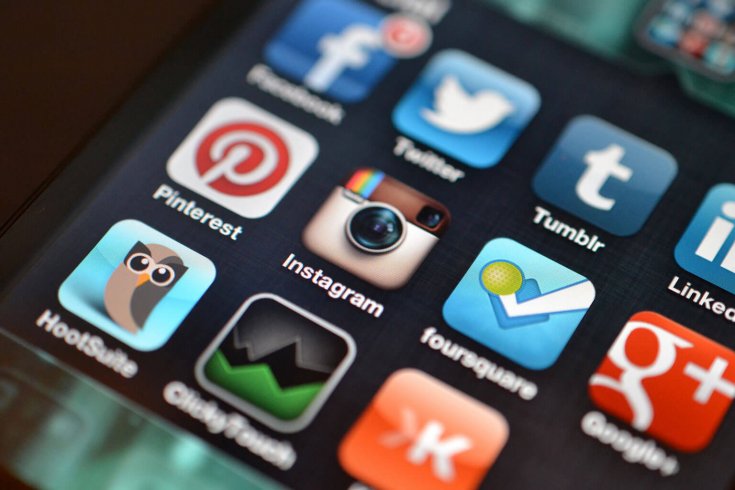 The latest issue of The Atlantic adds to the bumper crop of recent essays denouncing “the new political correctness.” Like other entries in this genre, Greg Lukianoff and Jonathan Haidt’s piece “The Coddling of the American Mind” supplies maddening examples of campus censorship gone amok. My favourite involves the Asian American student association at Brandeis University that installed an exhibition critical of stereotypes (“Aren’t you supposed to be good at math? ”). The group was forced to hastily remove it after some other Asian American undergraduates claimed the mere articulation of offensive clichés constitutes a form of “microaggression.” In another case, University of California deans and department chairs were warned about traumatizing students with such truisms as “America is the land of opportunity” and “The most qualified person should get the job.” The authors’ argument is nuanced, with numerous detours into the realm of psychology and media analysis. But I still think Family Guy creator Seth MacFarlane did a better job of capturing their overall gist when he tweeted, back in June, “If any conversation you’ve ever had with a friend got leaked to the Internet, everyone would call you an asshole.”

After reading that tweet, I took a few minutes to scroll back through some emails I’d exchanged with friends and close colleagues that same day. Most contained at least one specimen of black humour (in some cases involving a tragedy being reported in that day’s news) or edgy snark, which—torqued and removed from its contextualizing ironic sheath—could indeed make me look like an asshole, or worse. Arguably, many of my old social media posts fall into the same category. Forget the Ashley Madison hack: We are all one Hotmail password slip-up or Google-cache search away from a Justine Sacco-style mobbing.

The latest example in Canada is twenty-one-year-old Ala Buzreba, who stepped down as the long-shot Liberal candidate for Calgary Nose Hill after someone uncovered vulgar tweets from 2011. In them, the then seventeen-year-old Buzreba sounds very, well, seventeen. “Just got my hair cut, I look like a flipping lesbian!!” she wrote in one. She lost her temper in a Twitter argument and typed, “Go blow your brains out you waste of sperm.” Riled up by another spat, she wrote, “Your mother should have used that coat hanger.”

If Buzreba had instead sold drugs when she was a teenager, her name might be permanently protected from public dissemination under the Youth Criminal Justice Act. But immature tweets and Facebook posts don’t automatically disappear when you become an adult. It may seem cruel that a few online tempests can ruin a young woman’s political career, but that’s how the world works these days. The lesson for the politically ambitious: Stay away from social media, unless you confine your postings to pictures of Canadian flags, puppies, and your family hiking trip.

After her 2011 tweets were discovered this month, Buzreba wrote on Facebook that they “do not reflect my views, who I am as a person, or my deep respect for all communities in our country.” I am inclined to believe her: The human brain continues to develop physiologically well into one’s twenties. When I was teenager, I said and did plenty of profoundly idiotic things. Had Twitter existed twenty-five years ago, I would have ruined my career prospects a thousand times over. The same can be said for many of my university friends and, no doubt, many of the middle-aged Conservatives who loudly called for Buzreba’s resignation. This sort of witch hunt always carries the stench of hypocrisy.

My personal archives drive the point home. A few months ago, I happened upon a trove of student newspapers dating from my days as a McGill engineering undergraduate in the late ’80s—including several copies of the notorious Plumber’s Pot. I vaguely remembered the Pot’s crudeness; but revisiting the yellowing pages proved that the paper was, by modern standards, utterly shocking—especially its cartoons (one featured a naked woman astride a man, her feet bound by rope to the blades of a ceiling fan). An article from November 1988, “Top 10 Reasons Why Women Advance Faster than Men in the Workforce,” explained that “Women will ‘bend over backwards for you,’” and “Ugly women can always wear makeup.” (I can’t reprint most of the other ten reasons.) Yet, amazingly, the Pot was edited on school premises and published openly by the Engineering Undergraduate Society. Student fees even financed the monthly print run of 3,000 copies.

Later issues of the Pot (it eventually lost its student funding, and the masthead went anonymous) were so homophobic that they almost certainly would be considered examples of hate speech today. An “editorial” from the November 1990 issue attacked the “McGill Gaily” (i.e. Daily) as “a tabloid that discredits what we stand for, and instead promotes homosexual perversions.” An accompanying illustration, a supposed Daily recruiting ad, showed the sort of scene a homophobe might imagine to be common among gay men. On the back page, a writer mocked First Nations land claims by interviewing Mohawk leader “Chief Small Penis.”

Pot editors defended their publication as fun-filled satire. And as weird as this may seem to readers in 2015, many women claimed they liked it. When McGill engineering dean Pierre Belanger threw the editorial operations (such as they were) out of the engineering building in 1988, almost 400 students signed a petition of protest. One of the editors, a self-described feminist, told the McGill Daily, “You couldn’t find one woman engineer who’d say it was sexist.” I doubt that’s true, but I do remember engineering students in my day exhibiting a tribal, almost pathological, antipathy toward the “artsies” on the other side of campus (whose house organ was, of course, the quasi-Marxist Daily itself). We all were perfectly aware that the Pot was vulgar and retrograde, but in the true idiotic spirit of early adulthood we happily sacrificed our collective dignity in the interest of shock value. And in the long run, we saw it as a low stakes game, anyway: Once we graduated, the paper wouldn’t follow us. Google didn’t exist. It was all just a lark.

I was at McGill from 1988 to 1994, a period during which campus newspapers like the Plumber’s Pot began to shrivel up and die. Carleton University’s engineers lost the Orifice. The University of Toronto toned down Toike Oike. Concordia University’s Rebogge became infamous after it attacked, by name, two female students who had objected to a sexually themed beer bash. By the time I left McGill twenty-one years ago, the surviving engineering publications generally had grown up, and began focusing more on career development and student elections.

My friends and I grew up, too. The eighteen-year-olds who once doubled over at crude menstruation jokes and sexist listicles got serious jobs with serious responsibilities. We learned the hard way, as young men eventually do, that not everything that is shocking is funny, and that not everything funny is shocking. Twenty-five years later, most of us are parents and our Facebook pages brim with family photos. We are completely different people. And when I see my former classmates at engineering events or reunions, and we remember the things we did and said in the ’80s, we share a profound sense of embarrassment—“shame,” I think, is not too strong a word. I’d wager this is how Buzreba reflects on her old tweets.

Make no mistake: I see it as a wonderful thing that young people now are taught to be accountable for their words. The phobic attitudes that were once common currency on university campuses really were vile, and deserve to be stigmatized. As we saw with the scandal surrounding the “Class of DDS 2015 Gentlemen” Facebook page at Dalhousie University, abusive social media can finally force administrators to act decisively. But all that said, it is fundamentally inhumane to hold people to lifelong account for the verbal sins of adolescence.

It likely is too late for Buzreba to resuscitate her political career—at least this election season. But I hope the next time a similar scandal breaks, the folks with the pitchforks will take a moment to consider whether there is nothing in their own past that smells just as foul. Anyone who truthfully says there isn’t is a far better person than me.