Shouldn’t I Feel Pretty? | The Walrus
Skip to content 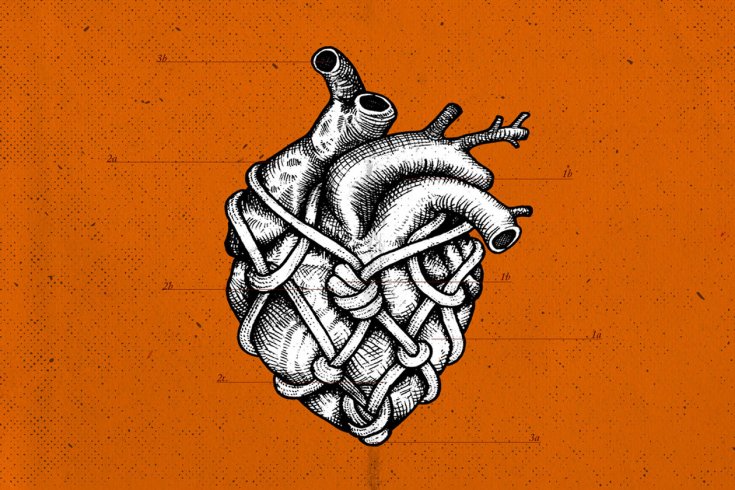 On June 25, I received the following email:

Dear Ivan: I was just wondering if you always knew? When did you become comfortable in your own skin? See, I always felt not quite right . . . I’d put on dresses or high heels and makeup and look in the mirror and I just didn’t feel right. Shouldn’t I feel pretty? Why didn’t I like what I saw? I’m forty-four years old and I think I’ve just realized that maybe girls and women’s clothes weren’t right for me all along. I feel stupid that it took me so long to realize what I am. It breaks my heart that it took me so long.

I don’t even know where to begin to feel right, to feel good, to feel beautiful. Any tips?

I wrote this person back and told them I needed a couple of days to think about all of this. Here is my response to them:

I get these letters now. I get these letters from people who are hurting. It’s a terrifying thing, the pain of a stranger. Impossible to bear it all, even on a strong day, even when the sun is shining and my back doesn’t hurt and the dishes are all done.

Mostly I think people just want to know they are not alone, that they are not the only one trying to swallow and breathe around the big empty abandoned town hall their heart is echoing inside of.

Should I tell them the truth, I wonder? Do they really want to know I feel just as lost as they do, some days? Are two lost people any better off when they find each other?

Instead I make a cup of strong black tea with canned milk and one brown sugar and I sit down to find the trail into the truth of these things in the only way I have ever known how. By collecting up words, and then walking around with them in my mouth, words arguing between my ears, words leaving my heart in great lumps and then lining up in single file in my lungs to get said out loud.

Let me write about September 1974, when I first started kindergarten and my mom cut me a deal that I could wear pants to school every other day. Which meant a dress every day that wasn’t a pants day. The night before a wear a dress day I would have bad dreams, I would have these panicked dreams about boys waiting under the backless wooden stairs that led into the portable trailer next to the school where my kindergarten class was held. Sweating fear-stained dreams of laughing boys looking up my skirt, and I couldn’t even kick them properly because have you ever tried to do a high kick in a long dress? The harder you kick the faster your one raised leg pulls your other leg out from under you. Hot tears on my cheek and my bare thigh torn up by the gravel. I am sure I know many people who have perfected a technique to account for the high kick in a long dress phenomena, but I never did. I just dragged myself to school for months, every other day afraid and exhausted, until my mom took pity on me and bought me two more pairs of brown corduroys on sale at the old Bay in the Qwanlin Mall. She sighed and put them into the third drawer of my dresser with a cutting look in my direction because I had disappointed her again.

And so began a lifetime of hating most of my clothes.

I spent much of my early years shirtless in the summers, in most old pictures of me I am smiling and sunburned from the waist up, my pant legs stuffed into black rubber boots with red-brown toes, good for standing in the shallow water catching tadpoles or spin-casting. Until that tourist man from Texas camped two sites down from us called me young man and my mom corrected him because I was seven years old and we were standing in the lineup for the ladies’ showers. Go and put a T-shirt on, she told me, and leave it on this time, I am not going to tell you again.

I used to be mad at her for squeezing me into everything, but I grew out of it. I know now that she was just worried about me. I wish that she had named what I saw in her eyes when she looked at me back then, I wish that she had called it fear. Because all those years I mistook that fear for shame, and that mistake has cost us both so much.

I like to think that I suffered the same as every teenage girl does in her changing body. I don’t think that trans people hold the monopoly or wrote the only book on hating our bodies, and even if we did win at this contest I wouldn’t want the prize anyway. Describe the pain on a scale from one to ten the doctor always says, but no one knows where zero sits. Did I hate my tiny tits any more than the beginnings of these hips? Hard to say, really.

I can count the times on one hand when I did, and even those moments were fleeting, always collapsing as soon as I moved or breathed, my elbows were too sharp, my knees never folded right, my shoulders were too wide, my all of me was lacking a certain kind of grace.

I kissed my first girl in 1988. She was a jazz singer. She wasn’t queer, she said, she just fell in love with me by accident, and I said I didn’t mind when her parents came to town and she introduced me as her roommate. I told her I understood, because I did.

I was a baby butch who had not ever heard the word and so didn’t know what to call my own self until I first read that word out loud in 1992 in the back stacks of Little Sister’s bookstore. I wore second-hand army boots three sizes too big and cut my own hair with clippers and met what I didn’t know at the time was my first femme lover and bought my first necktie and she called me handsome and that one word handsome made up for two decades of knowing I was never really all that pretty.

The first trans man I ever met in real life was still a lesbian separatist at the time, who cornered me up against the wall at the Lotus Club and chastised me for wearing a mascara moustache out to the bar on women-only night. I see him now sometimes on Commercial Drive sporting his full and luscious beard, but we talk about other things, and I forgive, but I don’t forget how lonely I felt that night.

In 1995 I started to bind my breasts. First with Saran wrap, then Ace bandages, then by wearing a double front compression shirt. Flattening them and hiding them under my clothes didn’t make me hate them any less, but it did make it easier to look in the mirror, and leave my apartment.

In 2008 I was about to turn forty and my body was becoming something I could not even recognize. Every twenty-eight days my tits would swell and ache and get bigger. My hips were doing things I had long admired in others but could not reconcile with my own flesh and frame. I started to seriously lift weights.

Somewhere in the sweat and ache and muscle, I carved a new shape for myself that made more sense to me. You should do more cardio and lift less weight, my mom told me when I was home for a visit and she saw me bulging in a T-shirt at her kitchen table. Don’t let yourself get any bigger, she said. Don’t get any more tattoos. I took this as a sign, and really buckled down on the bicep curls. Felt more like myself.

I look at pictures of shirtless me at five years old, and I can see the shape of my now at chest foreshadowed in my tiny frame even back then. I like my body now, from about the bellybutton up, and most days that is almost enough to say I nearly feel comfortable in my own skin. I almost feel close to right. I love the shape of my ass when I am naked, but not so much when I am trying on dark denim skinny jeans in hipster stores that sprung up where greasy spoon diners and glove factories used to be.

I am grateful that I can now afford a well-cut shirt and a real silk tie, and a tailor. A good haircut once a month. A fancy jacket with these cool elbows on it. I know these things make me lucky. These things make me feel more confident, more myself, but they don’t make me. I made me. This world made me. Struggle and fear and sweat and work and words made me. Did any of it come too late? I don’t think so. Here I am, and I think everything happened when it happened nearly exactly how it needed to go down and now I am here, and I feel handsome and strong, and that, well, that is a beautiful thing.

Thank you for writing. I hope you are lucky like me. I hope you get this letter and it helps you somehow, helps you lift your chin and your eyes. I hope you learn to stand up full inside of yourself, I hope you one day wear yourself on your sleeve, on your French cuffs, on your chest like a medal of honour.

Ivan Coyote (@ivancoyote) is a storyteller and the author of Tomboy Survival Guide, Gender Failure, and One in Every Crowd.