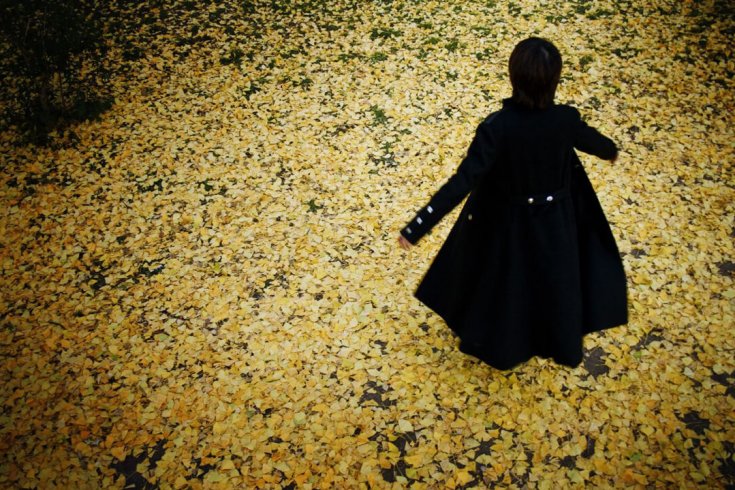 Classical ballet has thrived on fairy tales: Swan Lake, The Nutcracker, Giselle, Sleeping Beauty. Even when great literature is adapted to the form, as with Onegin or A Midsummer Night’s Dream, it’s streamlined to the dream-like simplicity of a children’s story. Given that ballet is too pure and idealizing to provide the kind of naturalism possible in theatre, allegorical stories are highly valued—especially if they offer an excuse for intimate duets and acrobatic solos.

It comes as something of a surprise that the National Ballet of Canada’s production Le Petit Prince, which had its world premiere last Saturday night, is the first major balletic treatment of Antoine de Saint-Exupéry’s exquisite modern fairy tale. A simple and by turns whimsical and melancholy poem to our lost innocence and our need for beauty, Saint-Exupéry’s book seems almost written to be danced.

Written in New York as the Nazis occupied France and published hardly a year before Saint-Exupéry died flying a mission over his beleaguered country, Le Petit Prince offers familiar twentieth-century concerns about the way technologically advanced, bourgeois capitalist societies stifle the imagination of childhood. But Saint-Exupéry was neither an existentialist troubled by the inauthenticity of modern life nor a surrealist returning to the demons of the unconscious. He was, in a way, a romantic in the old, French mould—of the world’s geography and of the mind.

The book opens with the narrator remembering being a child drawing a fanciful picture of an elephant swallowed by a boa constrictor, which adults perversely insisted looked like a hat. Discouraged, the child gives up his ambition to become an artist and becomes an aviator instead. But he never forgot what this said about the blindness and narrowness of grown-up life: whenever he encountered a grown-up, he refused to talk about boa constrictors or jungles or stars, but “I would put myself on his level and talk about Bridge and golf and politics and neckties . . .”

He was doomed to loneliness, until one day he crashed his plane in the sublime vastness of the Sahara desert. The choice between the imagination of childhood and the experience of adulthood was, it turns out, a false one, since that most modern of technologies, the airplane, leads not to games of bridge or golf or idle chit-chat about politics at the club or the neckties of the employee, but to meeting the Little Prince.

While Saint-Exupéry wrote Le Petit Prince under the shadow of a catastrophe that was soon to literally consume his life, the war is not really incorporated into the book, nor is the book the kind of critique of technology and more generally of the Enlightenment that both the First and the Second World War gave rise to among European writers, artists, and intellectuals. In Guillaume Côté’s staging, however, the fatal cacophony of war is always just outside the imaginary world of Le Petit Prince.

The ballet opens with the Aviator sitting at a desk in low, penumbral light, a fine, transparent scrim pulled down over the front of the stage. Like a soldier taking a late-night moment to himself, the Aviator faces a blank page on which one might imagine him writing a letter to his mother or girlfriend. Instead, his mind drifts back to childhood, and he draws an elephant swallowed by a boa constrictor, which is projected onto the scrim at the front of the stage. Composer Kevin Lau’s music here is fierce, pounding, ominous, and dissonant in ways that evoke and perhaps even quote the opening passages of Stravinsky’s The Firebird. Then the Aviator stops, folds the page up into a paper airplane, and tosses it off to its inevitable crash.

For Côté, the childhood drawing, airplanes, and the prophetic crash in the desert are closely connected. The fact that Côté, unlike early twentieth-century innovators like Vaclav Nijinsky, used relatively traditional, and delicate, balletic forms for Le Petit Prince makes the dancers seem like they are not so much ignoring as refusing to buckle to the industrialized violence of modern war. It’s as though the highly stylized aesthetic of classical ballet is our best weapon to combat chaos and meaninglessness. And now, decked out in shimmering, winged black, the Wild Birds, which in Saint-Exupéry’s story escort the Little Prince from his remote, tiny asteroid to earth, swarm around the Aviator, enfolding him in a story he has yet to tell.

While the opening scene of Le Petit Prince is musically tumultuous and emotionally inward looking, what follows the Aviator’s first encounter with the Little Prince is a series of elegant set pieces that trace, with an admirable clarity, and compression, his magical and cosmic tale. The Little Prince’s encounter with the beautiful Rose—symbol of the thorn-infested rose he knew and loved on his asteroid and who drove him away—is the occasion for a pas de deux that is by turns passionate and suffused with pain and longing. Then there are his heraldic confrontations with symbols of power, conceit, addiction, greed and longing before he is swept away by the Wild Birds; a rustling storm of silken crows which in the ballet do not transport the Little Prince anywhere but haunt him and serve as a mute, volatile chorus anticipating both liberation and doom. There is a luminous flock of reflections in phosphorescent gowns that float in unison. While in the novel the Little Prince’s tale is a kind of metaphysical picaresque—he moves realm to realm, planet to planet—in Côté’s reimagining every element feels continuously present, one entwined in the other. And here Lau’s music shifts from the strident phrasings of the opening scene to melodic passages that are beautiful, moody, and melancholic.

Like the first act, the second act of Le Petit Prince opens with a rush of chaotic activity, but this time it doesn’t evoke modern warfare with its noisy, soul-crushing mix of industrial technology and violence, but with the delusions and hallucinations of someone lost in the desolation of the desert. It becomes clear that, for Côté, the Little Prince is himself a figure of the Aviator’s imagination, and that the Aviator understands the story of the Little Prince’s singular cosmic journey as his own.

The Little Prince’s final encounters are with the sinister, wriggling Serpent, a premonition of the oblivion of death that ensnares both the Little Prince and the Aviator in a pas de trois, and the seductive, and ultimately wise Fox, the occasion for some of Le Petit Prince’s most exuberant and athletic dancing. While in Saint-Exupéry’s tale, the Serpent and the Fox direct the Little Prince back home and back to Rose in different ways—one through death, the other through the promise of real devotion in love—in the ballet these scenes ultimately depict the Aviator’s own inward flight, which eventually leaves the Aviator alone in the desert again, and in mourning, but also returned to a fuller version of himself. The death of the Little Prince is the death of a way of seeing one’s self and the world. Guillaume Côté’s Le Petit Prince is not really about the Little Prince at all but about the Aviator and his consciousness; it is a dialogue between self and soul.

The musical accompaniment of the ballet’s final scenes also includes some of Lau’s finest writing; lush but subdued orchestral passages are interrupted by drifting phrasings on piano that are intimate, lyrical, and inward. One can almost hear the murmur of Saint-Exupéry’s lines, which form a coda that is both sad and triumphal: “And no one will ever understand how such a thing could be so important!” While Saint-Exupéry’s tale and Côté’s ballet subtly diverge, and Côté takes advantage of how hard it is for us to follow a story unfolding in time without words, they share a common aim: restoring the wonder of childhood amidst the noise and fragmentation of modern life.