Scenes from Canada’s Housing Crisis | The Walrus
Skip to content

Last July, an encampment appeared on an unassuming two-acre plot of grass in Edmonton, almost in the shadow of the Alberta Legislature Building. A collective of outreach workers and advocacy groups erected a teepee and a few tents and ­started a sacred fire. They were there to increase visibility of the sometimes brutal treatment of unhoused people and to aid Indigenous people in a country where, due to colonization, they are more likely to be homeless than non­-Indigenous people are.

Intentionally established on an ancestral Indigenous gathering and burial place, the camp was named ­Pekiwewin, Cree for “coming home.” It quickly began welcoming unhoused people, offering critical essentials like food, water, and ceremony. Within weeks, the camp grew to around 170 tents and served 400 people. Elders ­offered prayers, volunteers prepared meals and handed out supplies, and medics stood by in case of emergencies. 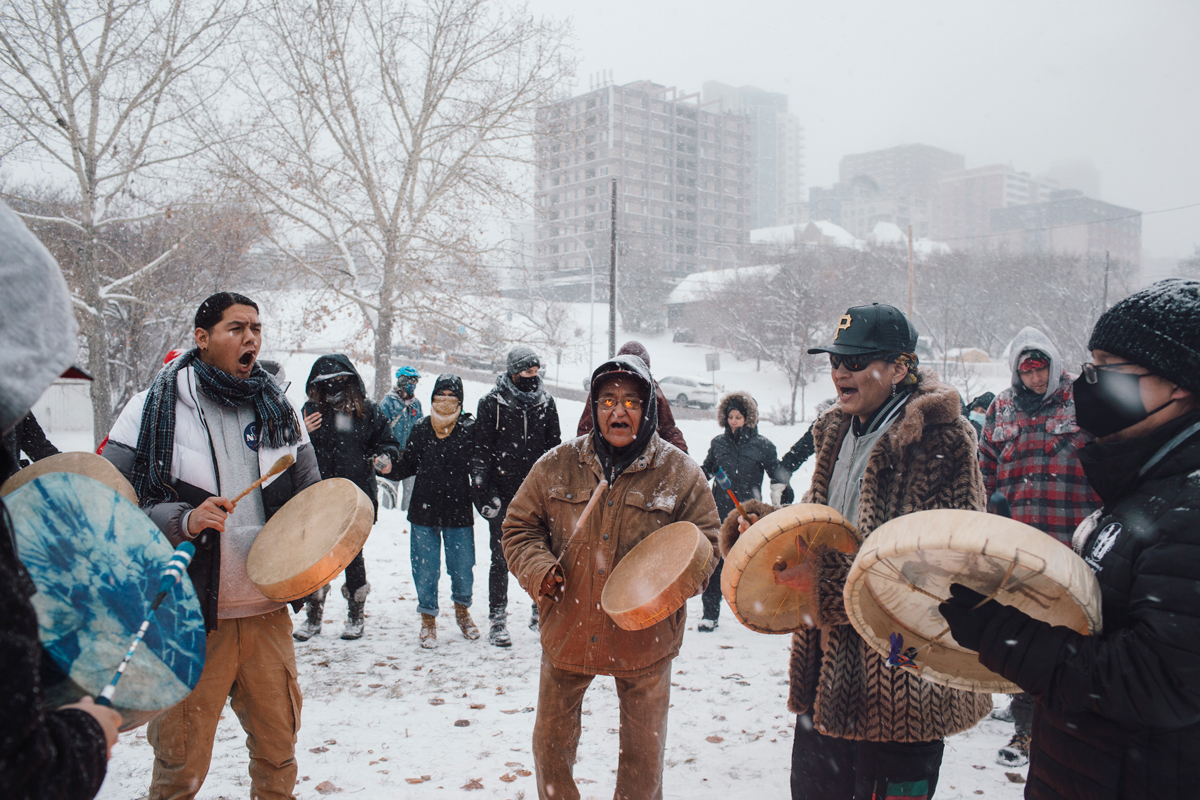 Lack of access to safe, affordable ­housing has been a rising issue in Canadian cities for years, with 235,000 people experiencing homelessness each year. In Edmonton, the COVID-19 pandemic upended services for the city’s ­approximately 1,900 unhoused people in a way that made survival difficult. Restrictions for physical distancing meant they had even less access to basic needs like food, health care, and housing support. The Alberta government committed $48 million to expanding emergency shelter space and funding services, and opened new spaces with more beds, but many in the city’s homeless community preferred to avoid a shelter’s proscriptive rules and close quarters—particularly concerning during a pandemic—and found safety and support in Pekiwewin.

Camp organizers called for the city to divest $39 million from Edmonton ­police, waive transit fares, and put an end to tent-slashing and bylaws that ­target homeless people. Pekiwewin called itself a prayer camp; officials saw it as a protest camp. It stood for more than a hundred days and closed in November, under threat of eviction. The next day, a city-run shelter hit capacity and had to turn people away in the midst of a snowstorm. And, within days, police evicted those who remained at Pekiwewin. Camp organizers and ­officials agree that there are no short-term solutions to homelessness, but the ­pandemic has forced a reckoning. And no one wants things to go back to the way they were.

“[My grandfather] said that, when people need medicine, you give it to them. It’s not for you to decide who is worthy of medicine. . . . But, when people smudged with us, even though they were under the influence or less than four days clean and sober, they just cried, some of them just broke down and cried. Some of them even got down on their knees and kissed the ground. A lot of these people keep that culture within themselves. And that’s what’s lacking in these houseless agencies.” 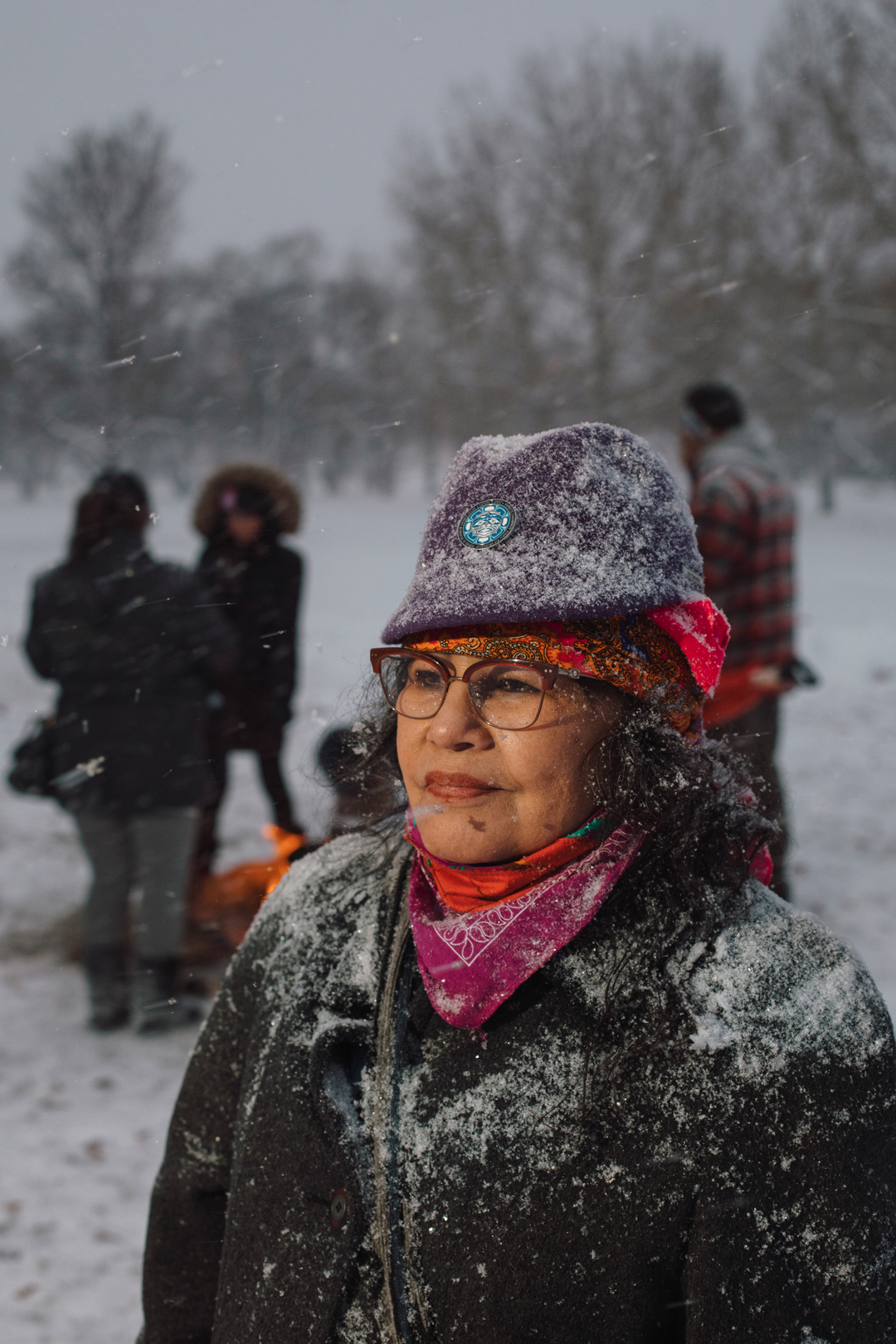 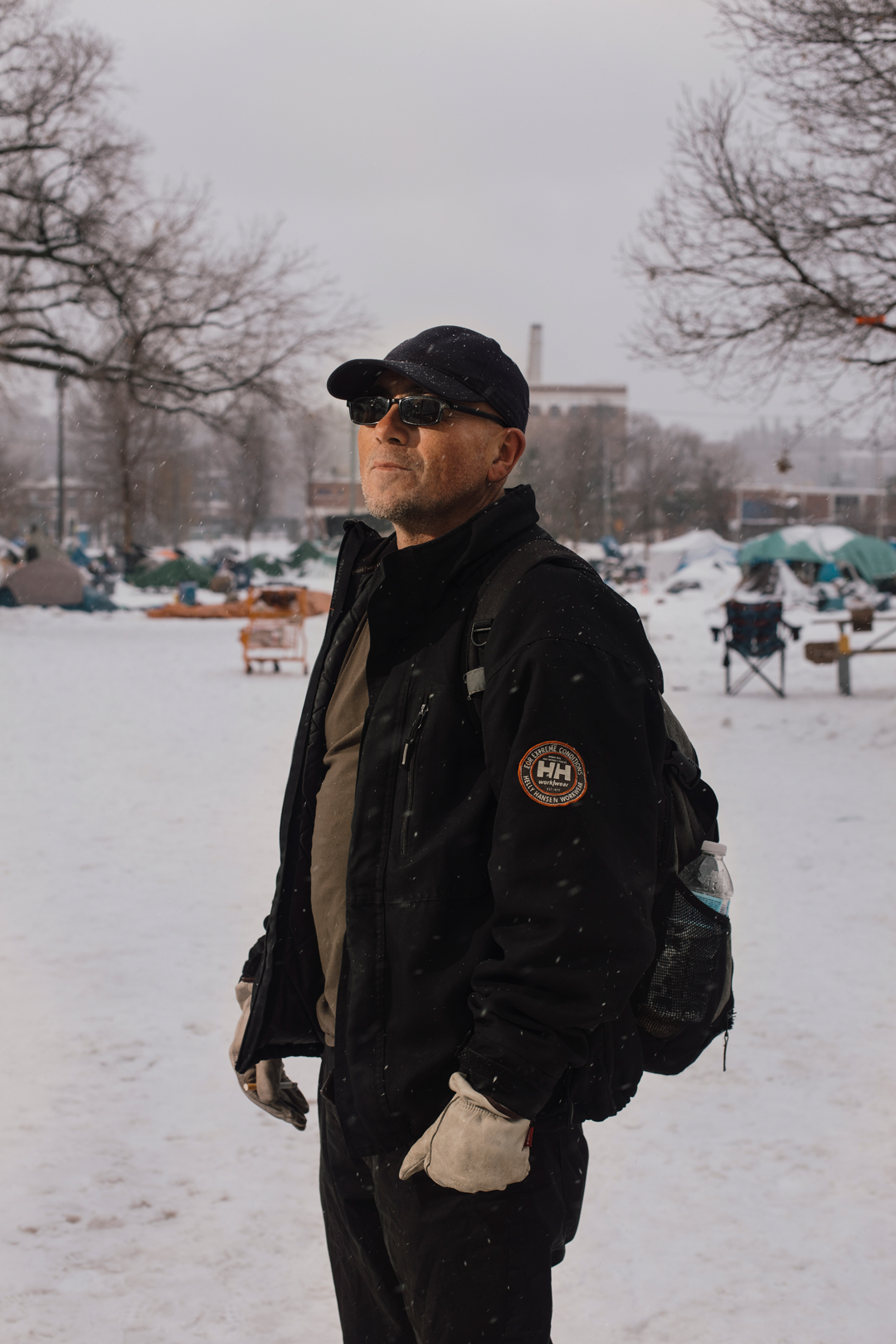 “Homeless for the first time right at the start of the pandemic, in the cold of winter. I didn’t know how to be homeless. I was cold. I was ­riding a bus all night, till like three in the morning, till they closed, and riding the bus again at five o’clock in the morning. Sleeping under bridges, breaking ­into abandoned ­buildings to sleep in. . . .

“There’s a lot of people who are homeless. And, because of COVID, now there are hundreds more, so now it’s getting all the attention. But there are people I’ve met who have been homeless for three years, two years, seven years. And that’s not because of COVID, but maybe it’s because we’re not helping them properly.”

“I’ve been out here for two years. And, last winter, I just went the easy way, pretty much, by going to jail. But I don’t know how to survive out here in the winter.” 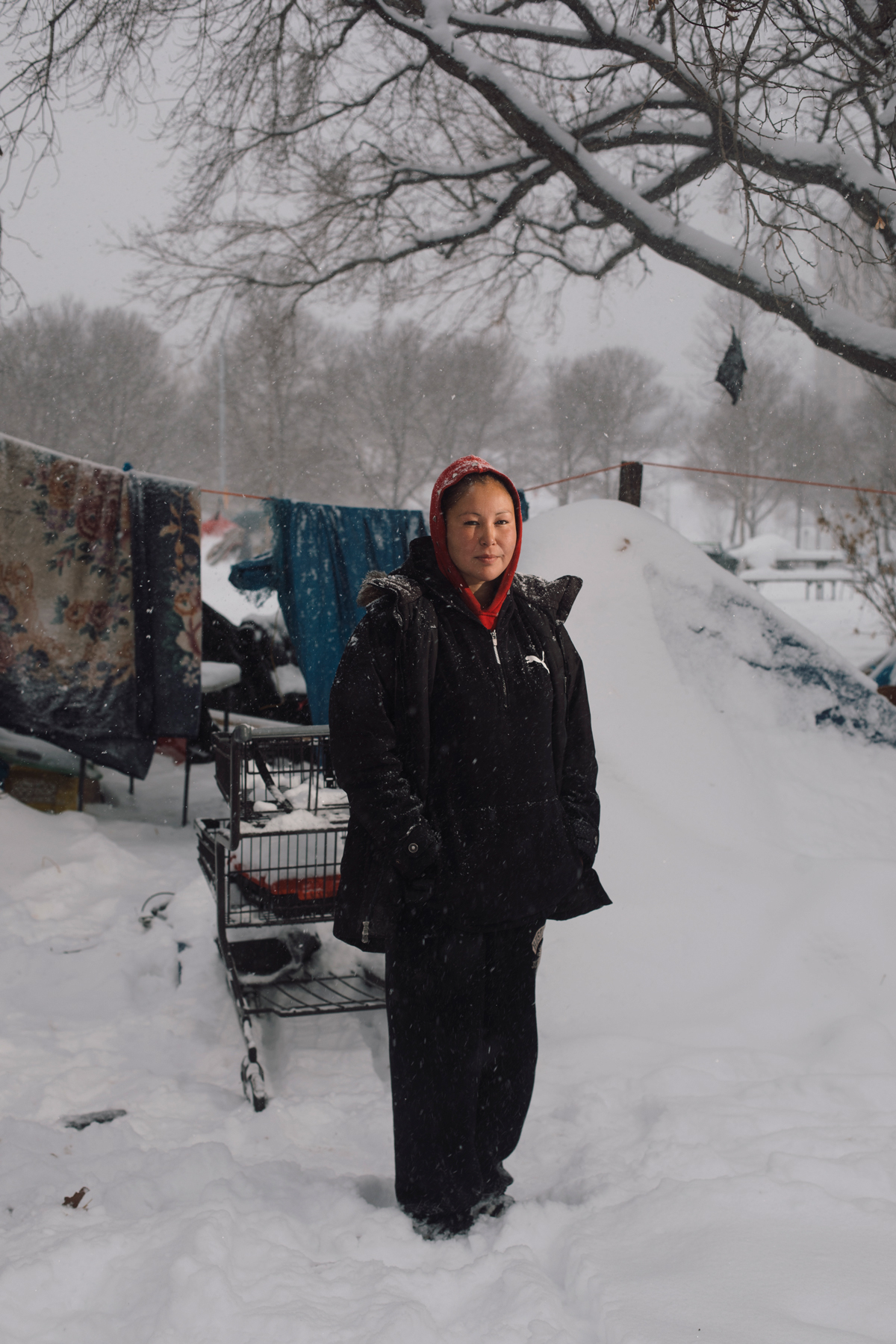 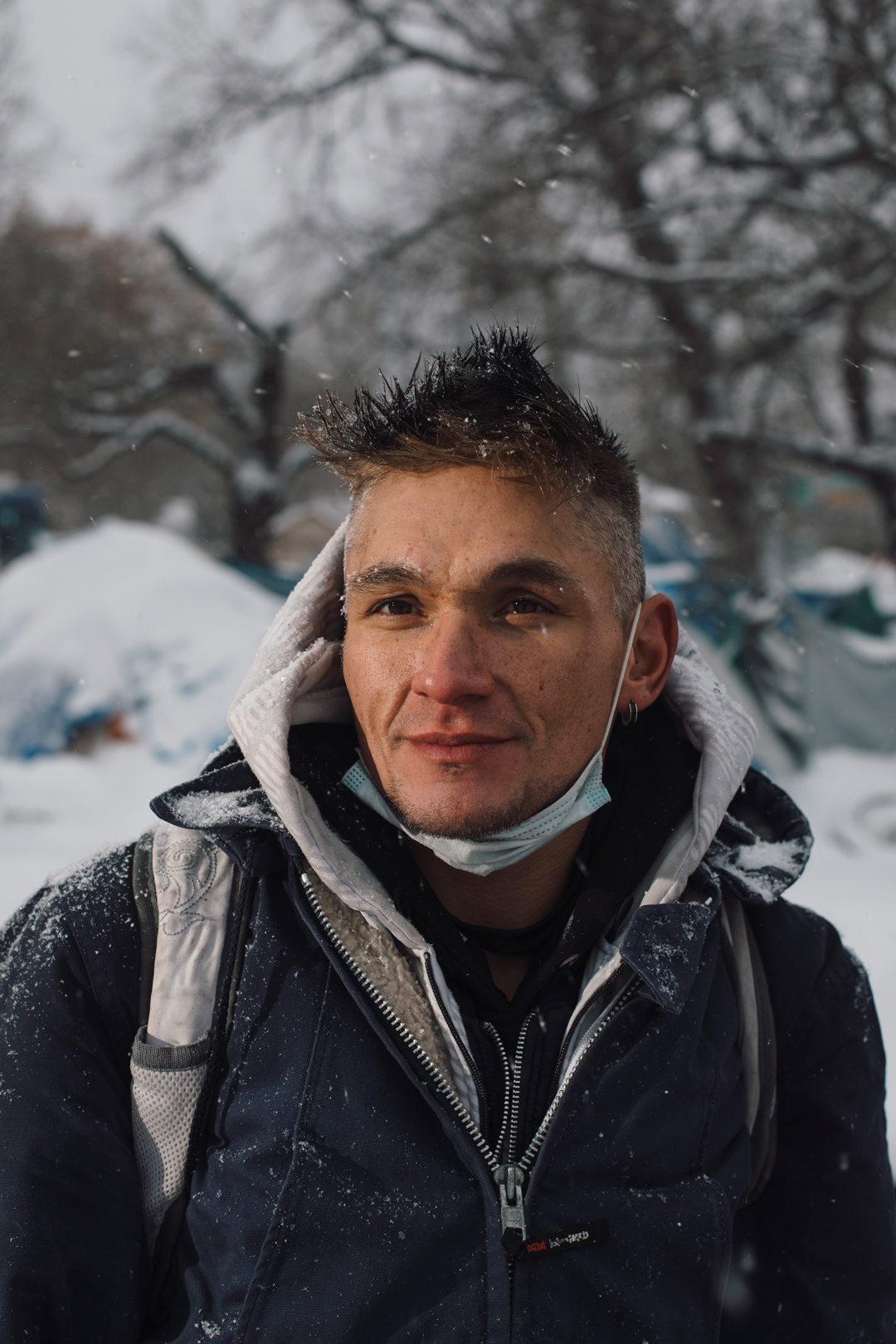 “The bus drivers give you a hard time, like they’re better than everybody else. They make it a really big point when you just put your last $2 in but you’re $1.50 short, so I’m gonna have to ask you to get off the bus, things like that. And they really embarrass you, like they stop you and make fun of you right in front of everybody else. Like we’re not human or something. So, you know, that’s where the anger comes from. And I think that’s where we get labelled as being violent and whatnot.”

“They keep on trying to knock us down. But we’re survivors. And this is our land, whether they like it or not, we’re gonna be around…. I’m really proud of our people making a stand and our community helping us.”

Adams (left): “All my life, I’ve been on the street. But I’ve suffered the same thing the whole time. So I’m kind of stuck in my ways, knowing that there’s nothing out there for me. This is not my world. There’s a lot of things where you hope for it but it never happens, because of my skin colour. . . . The bottom line is that we do what we need to survive out here. That’s what they call us from residential schools: survivors. And we are survivors.”


Cardinal: “I’m tired of being shipped around and moved around. We’ve got to have a ground where we can stand and say it’s our own, without having the government or city police or any authority come telling us we have to get ­evicted or move on somewhere else. There’s really nowhere for us to go.” 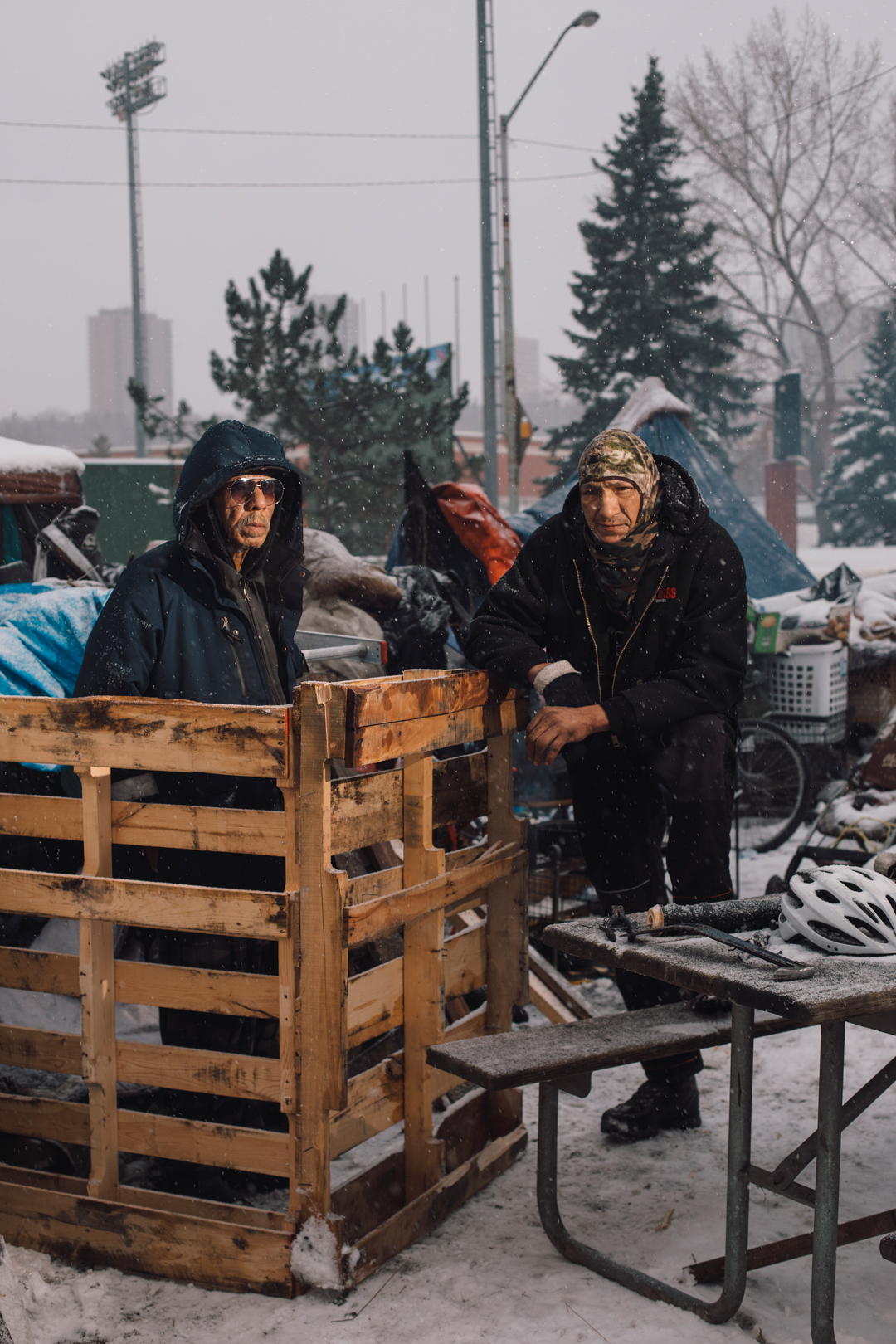 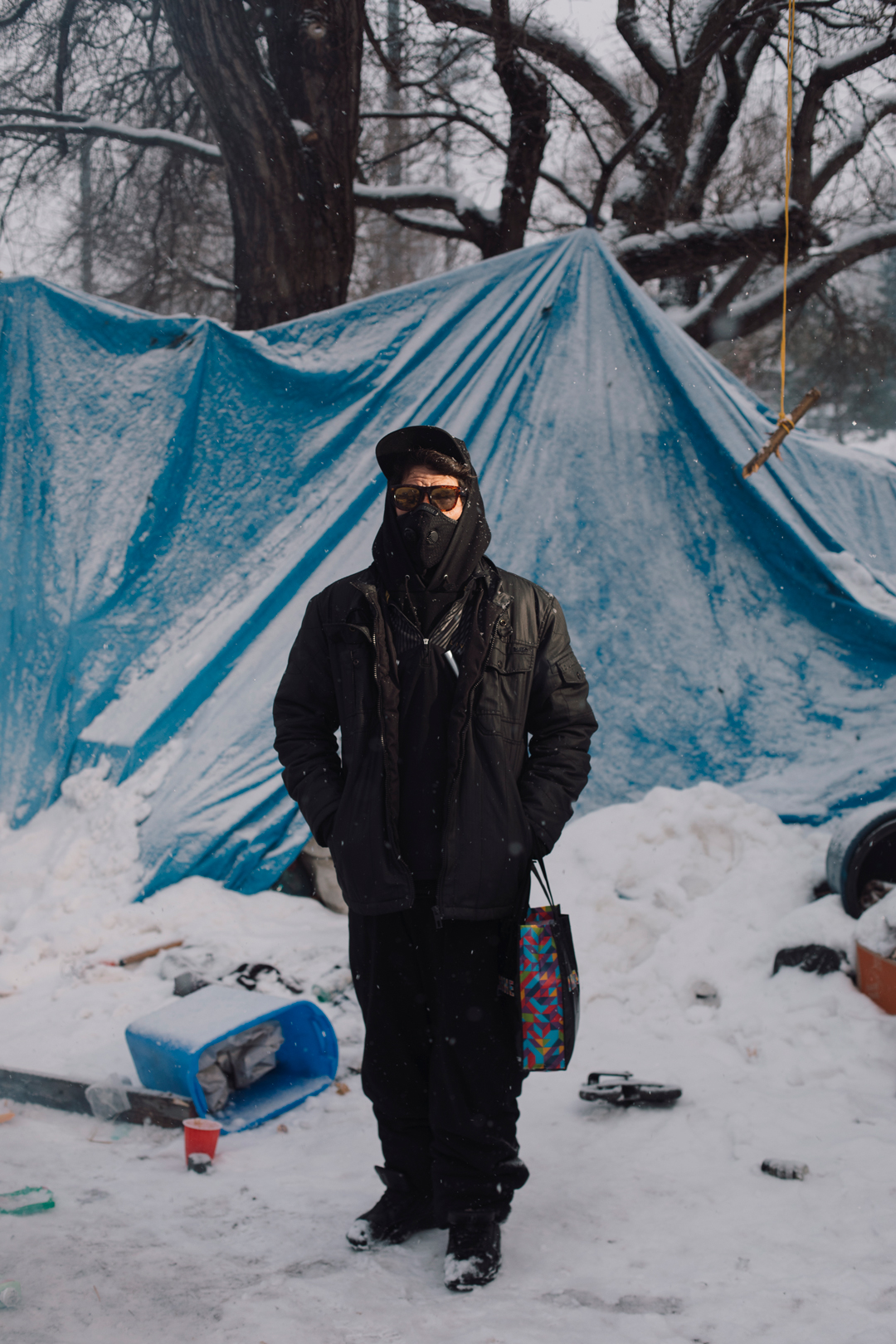 “People left their property because the police scared them away. And everybody knows what’s gonna happen when the police come, they’re gonna be brutal….They’re going to not show love or compassion to what anybody has or listen to no rhyme or reason.”

“Homeless is such a strong word, a picture of somebody that is, like, down and out and not capable of taking care of things—but it’s not. Homelessness is not that.”

“There’s so many frickin’ buildings and frickin’ nice places that are not being used. Like, don’t put us in the frickin’ old buildings, man, put us in the new buildings. We want to live new lives.” 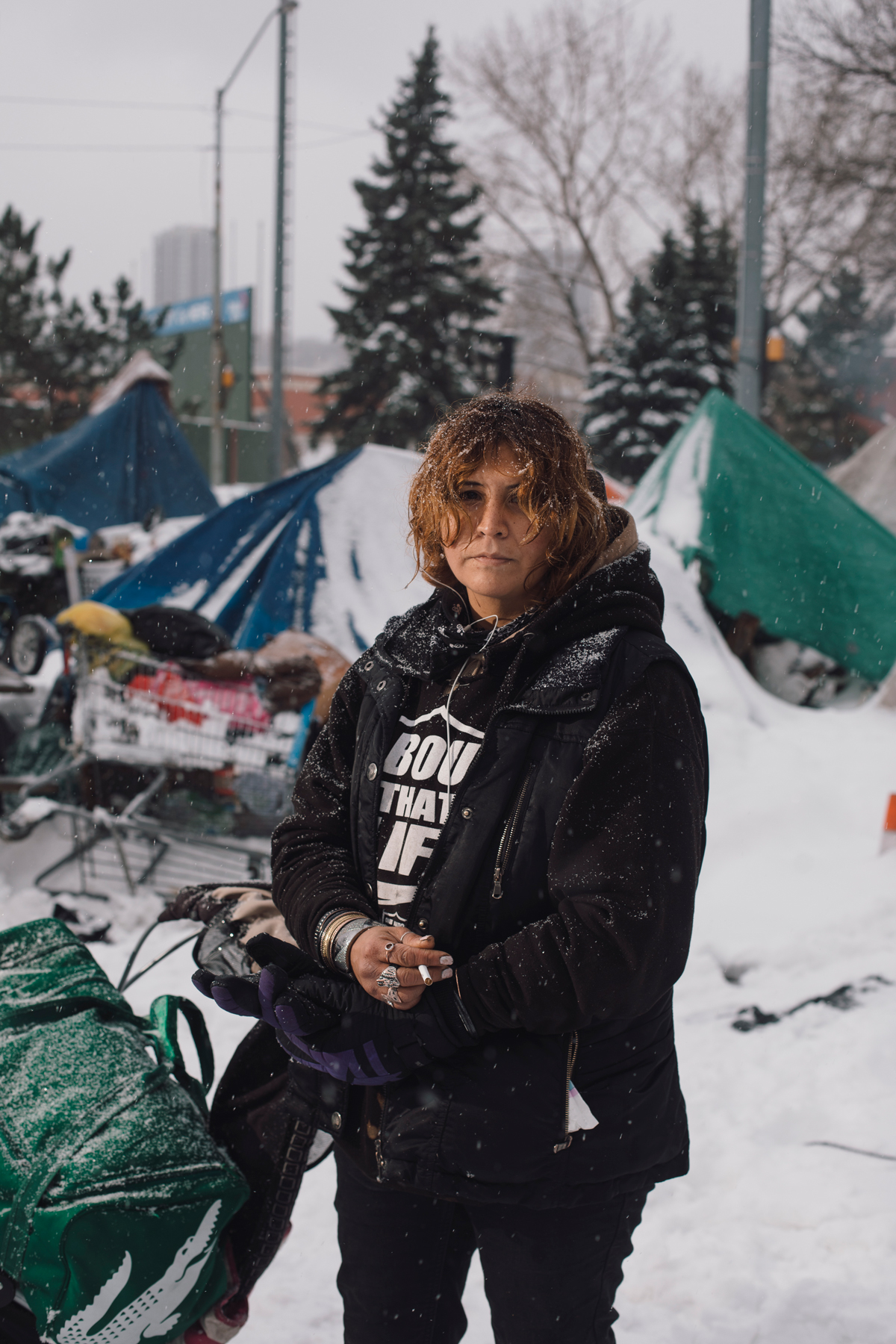 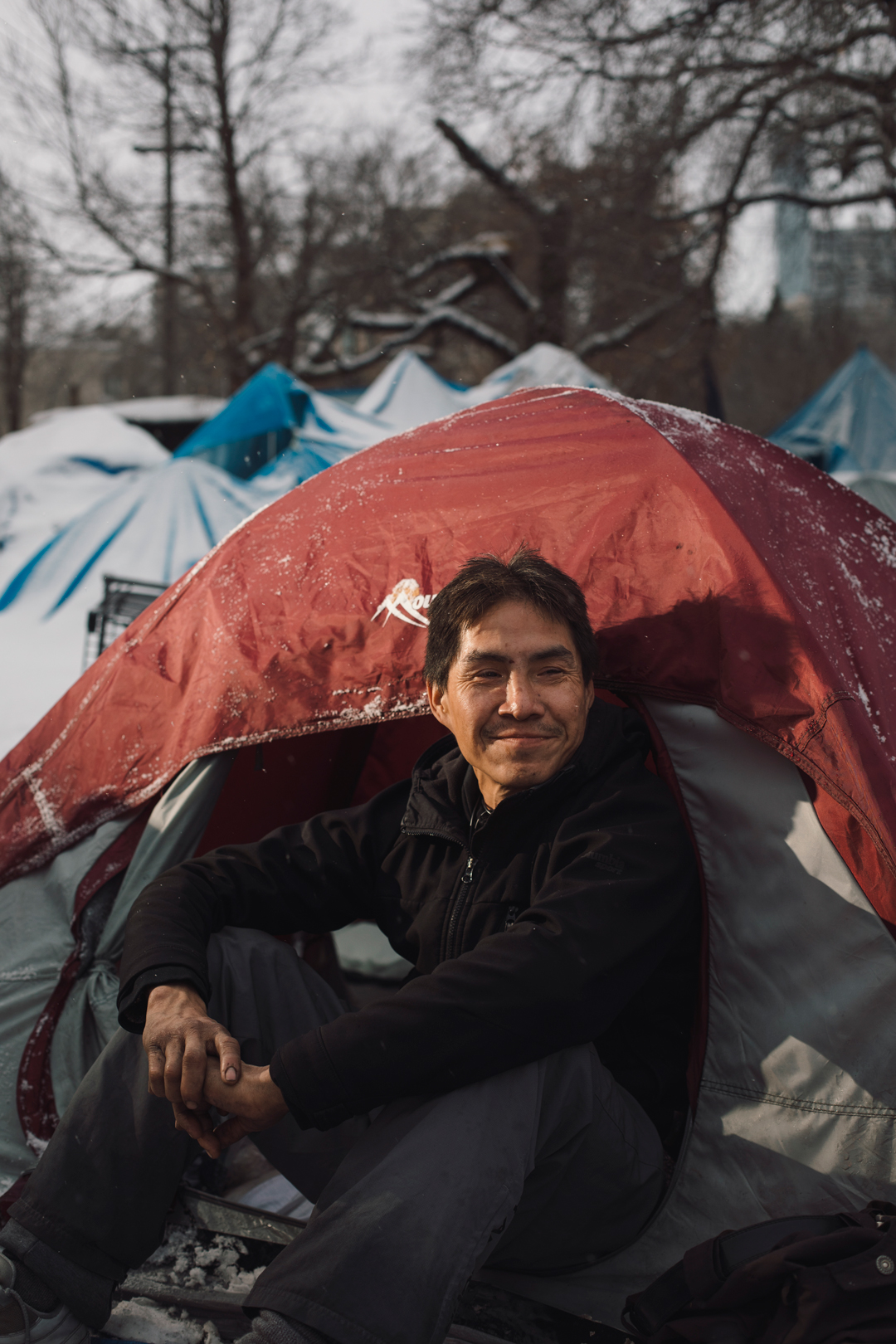 “I’m in good health. I’m strong. I’m not aching anywhere, no bones aching. I keep my feet warm all the time. I change my socks at least three times a day on account of my shoes, because they’re so absorbent of the water. . . .

“The greatest fear is just not being with my ­baby. I want to spend the new year with her. I just hope I get housed soon—I miss her so much.”

Amber Bracken is an Edmonton-based photographer who has been published in National Geographic, the New York Times, and the Globe and Mail. 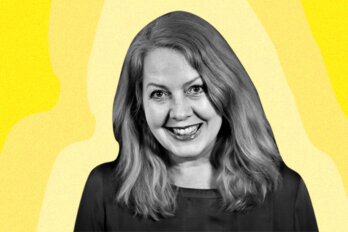 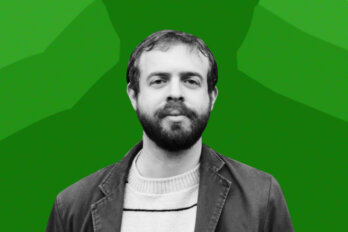