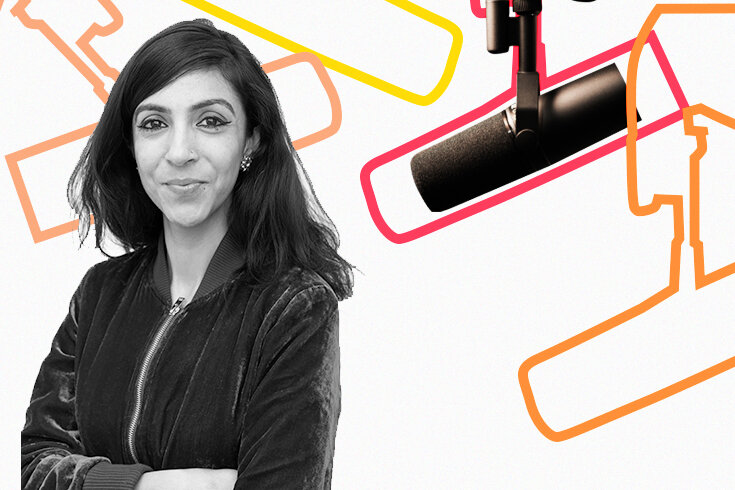 HOST: Nationalism has become a bad word for many on the political spectrum, but according to Prerna Singh, it is a word people who believe in democracy should fight to take back.
It can be empowering. It can build nations and activate citizens. And most of all, it can motivate social change.
Welcome to The Conversation Piece. This is Prerna Singh.

PRERNA SINGH:
Whether it is Trump in the U.S., Putin in Russia, Bolsonaro in Brazil, or Modi in India, leaders of some of the largest states in the world are today successfully mobilising their people in the name of nationalism. And these strident nationalists in the names of dominant ethnic groups, pitted against minorities, seem to have sealed nationalism’s notorious association with discrimination, division and destruction. Indeed many scholars would say that the last analogous global upsurge of nationalism culminated in the second world war, and writing in that context, Albert Einstein had famously termed nationalism as “the measles of mankind, and in infantile disease that we would outgrow with modernity.” And these twin assumptions – that nationalism is evil and that it would fade away, particularly with the universalizing power of the market – has brought together scholars as ideologically opposed as Karl Marx to Francis Fukuyama.

And yet, here we are today. I’m Prerna Singh, and I’m here to tell you that this persistence of nationalism is not necessarily bad news. 400 years ago, the Treaty of Westphalia established nationalism as the legitimating ideology on the basis of which states rule. And will continue to live today in this world of nation states. Even with some attenuation of their power with globalizations, nations remain the central form of political community – the key units that we have today for administering justice. And so in as much as nations are here to stay, so too is nationalism. And this is because at its root, nationalism is especially powerful type of group identity. And as such, it fulfils both the fundamental biological need that we have as humans for living in groups, as well as a psychological need for community as a source of validation, and self-esteem – belonging to a national political community has been shown to protect us from feelings of alienation, of solitude, and giving us a sense of autonomy.

Critically, my own research as a political scientist has shown that nationalism is also an important driver for the functioning of liberal democracies and the realisation of social political and economic freedoms. Liberal democratic states owe citizens rights and citizens in turn are obliged to fulfil certain duties towards the state. National solidarities infuse these technical ties of citizenship with what scholars have termed “the magic of my” – I feel a stronger sense of commitment to words. I’m more motivated to work for the welfare of my group, my family, my nation.
Experiments in social psychology have shown that this is because we feel a sense of we-ness – an idea of a linked fate, a shared destiny – my own individual welfare is that is linked to that of my national community as a whole. Nationalisms makes a state home. The obligations that are owed by leaders and citizens are not just to a political administrative unit, they are to my people, to my homeland.

In my research, I’ve shown how on the one hand, these obligations of nationalism encourage state leaders to prioritise the welfare of the people. National solidarities were important factors in the institution of social welfare regimes across Europe, in Canada, as well as in India. On the other hand, national attachments also motivate citizens to make sacrifices for the state. Sacrifices of time and effort when we vote and participate politically of money, when we pay our taxes on time and honestly, and the most supreme sacrifice of all – of our lives when we join the army and fight for our country.

But in as much as national solidarities are a powerful, constructive force, they are bounded. Like all groups, nations have boundaries, those who belong, and those who do not. For nation states, this question of who is in and who is out, has a literal meaning.

So Americans, for instance, do not see Canadians as co-nationals, which of course I know you’re all deeply relieved about. There’s nothing to condemn in national boundaries per se – a healthy drive for national distinctiveness has driven important contributions in the arts. Think for example, of Russian literature of Cuban music, of French cinema or fine Cuisine and competition for national achievement is of course the lifeblood of sports.

Moreover research has shown that there is no reciprocity relationship between in-group and out-group attitudes. What this means is that love for one’s own nation does not necessarily imply hostility or hate towards another nation. It can involve distancing, indifference, or as in the case of Canadian nationalism vis-a-vis or Southern neighbours, maybe just a little disdain.

The real question for nation states is whether the boundaries of belonging include those who are located within our physical boundaries – minorities, native born, as well as immigrants and refugees. The present crop of nationalisms is so virulent and so vicious that it is almost made us forget that nationalism is fundamentally about love, about fraternity and about unity.

or identities more broadly are, are not like hats, we do wear one at one more than one at one time. So national identities are compatible with and research has shown are actually reinforced by other identities, such as gender, class and ethnicity.

And they also sit quite comfortably with universal human cosmopolitan identities. Nationalisms can, and have historically on many instances, been constructed to include minorities through various models of integration. And here Canadian multiculturalism shows us simultaneously the possibility of how ethnic minorities, linguistic and religious, can be included, as well as the challenge of how much more needs to be done for instance, in the inclusion of Indigenous people.
But in as much as it is challenging, building inclusive nations is necessary. Indeed, I would argue it’s one of the most urgent tasks facing us today. In America, where I live, nationalism has become synonymous with white Christian nationalism. And in India, where I grew up in which I study, it has become equated with Hindu nationalism. But this is not a reason to give up on nationalism, in fact, it is precisely the reason we must not give up on it, but instead fight to reclaim it from these exclusive definitions and to put forward more expansive ideas of us. To widen the boundaries of our national “we” through policies of representation and redistribution is also through everyday practises, about the flags. We fly the statues, we erect the festivals and we celebrate in the songs that we sing. Such an inclusive nationalism can promote those very freedoms that the exclusive nationalisms of today are threatening.

This is a nationalism that we must fight for. Thank you.

HOST: Prerna Singh is Mahatma Gandhi Associate Professor of Political Science and International Studies at Brown University and she spoke at The Walrus Talks: Boundaries in 2019.

Speaking of The Walrus Talks at home, the new season is in full swing with virtual events to attend for free. The Canadian Conversation from the comfort of your own home. Register today at thewalrus.ca/events.