Dance is a Universal Language | The Walrus
Skip to content 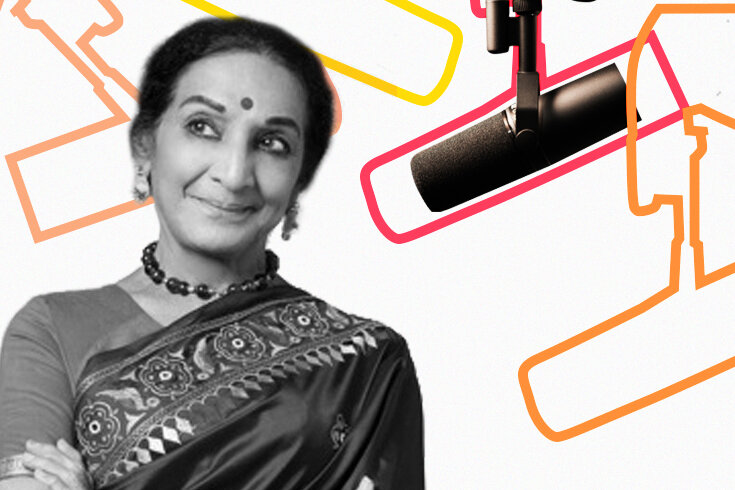 HOST: The late Menaka Thakkar was an accomplished dancer and instructor, but in her 2017 talk, she was full of words about the impact of dancing. And it goes so much further than her artistry – into the power of culture and the beauty of seeing yourself in the art on stage. This is The Conversation Piece with Menaka Thakkar.

MENAKA THAKKAR: This is a gesture. When we dance in India, automatically theatre becomes a temple for us. And that’s how we do the silly to the platform where we are dancing. So that was my just Indian touch was there in this. Uh, so now you know that I’m a dancer. I dance. I came to Canada in 1973, and since then I have taught all over Canada: York University, National Ballet School … so many different places I’ve gone, almost every province of Canada I have taught. What I find it is so wonderful to have some connection with the art form I teach and many people ballet and all different styles, they were learning. But then that connects immediately. And I was teaching in many new schools because I personally believe that when young age you learn something that really goes deeper into your mind.
And that really flourish. When you get older, I have one very beautiful story, which I’m going to say. Uh, I was teaching in Vancouver, in Siri, uh, one of the school because I used to go there a lot. Every year. I used to go to the school and that school there are children, they were from India, but they were from Punjab and they just, no, we don’t want the world to learn Indian dance or Punjab. And other thing that, that is, um, so principal and everybody told me that these three children will not isten to you. I said, “okay, let’s see.” And then I started my work and I was teaching who class. So everybody was so much interested. And first time these children saw the Indian culture. And after the whole performance, they came running to me and they said, “Oh, we don’t know anything that in India.”
That was a shock for them. And for me. And I said, “Why you never gone to India?” “No, we are born here. And we have never been to there.” So I said “in Canada, we have wonderful multiculturalism.” And all these children are so many different community. They come here and they don’t get chance to, they don’t even think of their own country and what is going on. And other thing, then I told them, doesn’t matter, “you go to this vacation, you go to India, you will love it.” And, they said, “but we don’t anybody to stay with.” I said, “don’t worry. Then all my friends are your friends. All my relatives are your relatives. I will give my addresses and you go to them and they will take care of you.” And it was stopped there. Then they came after the vacation and they called me. They said we had gone to India.

I said, “so what happened? Where did you stay? You’d never write to me that you are going there.” And then they said, “no, my mom said that my mamma (that is mother’s sister mother’s brother) was there. And that’s how we went. And we loved it.” And we, this and all the good things they have told me. And then they say that, “so thank you very much.” And all those things. Now, I thought that after all ninth great children, they learn only this much. Uh, it’ll stay with them for a while. But the main part is this, that I was in tears. After some time they came to me. Again, my company was performing in Vancouver almost after 13 years. And everybody was coming to tell us it was very nice programme. And another thing in one corner, one Sardar now with a pug.
And then ladies there, one child is there. They’re all waiting there. And, they said that they were standing there in the corner. People came and gone and some of my students were going to their relatives and other things. So I thought that they’re waiting for somebody. So I turned around and I said, “are you waiting for somebody?” That dancer hasn’t come to you, you are waiting to take her are at home. They said, “no, we are waiting for you.” And when so I said, okay, tell me, what is it then? So they say that, “do you remember you came to our school and you told me that, uh, you have to go and see our culture also. So we went there. I said, but then you never, no, no mama was there. So we went there and then he said that that day I had decided that I’m going to marry a Indian woman, Punjabi woman.”

“And that is a thing that I married her. And this is my wife.” So immediately wife and I told very, very clearly that you, how to be held today as an Indian bride, she came and touched my feet. The child came and touched my feet and all those things they say that you have given us something different life. Also, “we are proud of our culture and we are proud of Canadian culture also because we have grown up there and these kind of multi countries you live.” And that remains. That is, that is something very, I had tears in my eyes that time. And I say that one day, just little thing I have taught and what came up out of that. And that way I love Canada. This multiculturalism is so much great. And lot of good possibilities I have found went through. And I have found also that. So I think that we can have more art, multiculturalism and some lot more art. We have so many different community and we can have this. I personally, because I’m a dancer, I’m a part of Nrtyakala these dance I do. And I personally feel with art and dance, music, all these things you can really communicate with so much. And thank you very much, Canada, that so much, we have so much multiculturalism is there. I really enjoyed that. I think that this is something which we should continue for. Always. Thank you.

HOST: Menaka Thakkar spoke at The Walrus Talks We Desire a Better Country in 2017 and she is just one of the over 800 fantastic Canadians who have wheeled, walked, and webcammed onto a stage at The Walrus Talks. Our next event is coming up at the end of March: The Walrus Talks at Home: Youth and the Climate Crisis. REGISTER today at thewalrus dot ca slash events. 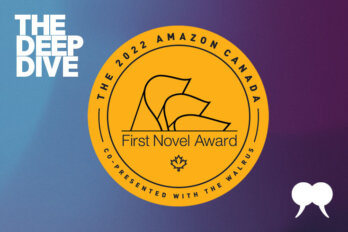