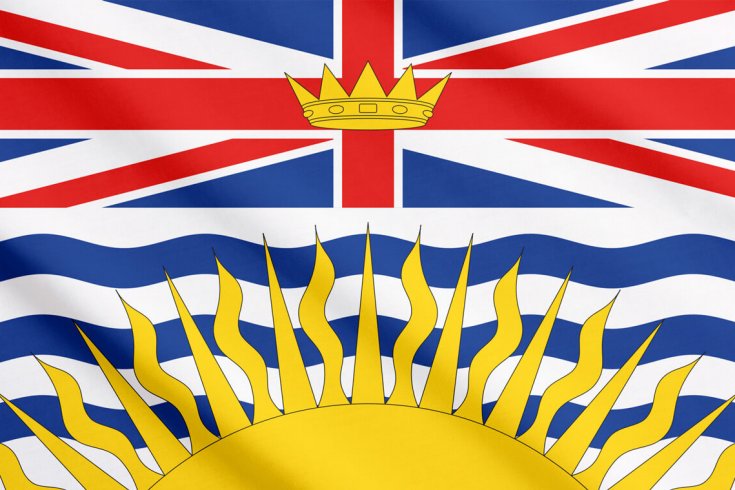 I recently had the pleasure of seeing Lawrence Paul Yuxweluptun’s show “Unceded Territories” at the Museum of Anthropology. Yuxweluptun, of Coast Salish and Okanagan ancestry, accomplishes something extraordinary in his large, bright canvases: not just a recombination of Indigenous and European influences, but the fashioning of something utterly new out of the (sometimes violent) meeting of two distinct cultural traditions. While one can’t help noticing a trace, say, of Salvador Dali in Yuxweluptun’s stark landscapes populated by disconnected objects and often emaciated figures, this is nevertheless a Dali born in a Pacific Northwest longhouse, his environment wholly fashioned from the fabric of aboriginal stories and figures.

Artwork aside, Yuxweluptun has also been making news of late for his call to rename the province of British Columbia. It is worth noting that many of the country’s provinces owe their names to (often mispronounced, slightly garbled) Indigenous words. This is the case with Saskatchewan, Manitoba, Ontario, Quebec, and of course Canada itself. Only Alberta and the coastal provinces bear colonial names.

While there are good arguments in favour of redressing the colonial branding of a Nova Scotia or a New Brunswick, is there a place name more overtly and anachronistically colonial than British Columbia? The “British” part of the province’s name is easy enough to understand; we might, however, need reminding about the origins of “Columbia.” It was the name of American John Gray’s ship, the first colonial explorer to enter the Columbia river (which he immediately named after his vessel) in 1792—the entire region, from what is now Oregon north into what is now BC, was for a time known to settlers as “Columbia.” But the name itself comes from Christopher Columbus, whose name, Latinized and mythologized, was for a long time attached to the entire “New World.”

A number of American cities and states are already moving to change the name of “Columbus Day” to “Indigenous Peoples’ Day,” or some variation thereof. And it makes sense: Columbus’s “discovery” of the so-called New World, and his misidentification of the locals as “Indians,” are the first moves in the violent conquest of two continents and the genocidal near-extinction of a diverse constellation of peoples and cultures. The devastation of “contact” is so extreme that climate scientists can locate its markers in ice cores that record a global dip in atmospheric carbon dioxide, in the seventeenth century, due to the reforestation of “the Americas” (the newly grown trees sucking up excess atmospheric carbon), due in turn to the deaths of literally millions of Indigenous inhabitants who were no longer alive to tend their farms. For Indigenous people, Columbus is synonymous with all that they lost in the process of colonization.

There are some, I imagine, who will not like the idea of a provincial name-change simply on the grounds of a sense of tradition. (“We” grew up with it being called BC and are simply used to that now—change is always disruptive, and what’s the big deal anyway?) And there are those who will claim a kind of pride in their origins in the British Isles.

On the first point, all I can really say is that place names very often change, for a variety of reasons—just Google “place name changes” and skim the lengthy list. Names for landmasses and territories are always susceptible to multiple contradictory naming and name changes. The name British Columbia has been associated with the province for not quite a century and a half; and yet people have lived here, named their territories and understood land as a living entity they dwell with (as opposed to simply on or in) for many thousands of years. Why would this most recent name be more important than any other name previously attached to this place?

As for pride of ancestry, well, that is a complicated question. My own ancestors came to the west coast of Canada in the late nineteenth century. They were coal miners from northern England and Scotland, on my mother’s side, desperate for work, suffering the boom and bust dynamic of resource extraction, looking for a better life but, in the end, finding yet again boom-and-bust extractive work. On my father’s side, they were shopkeepers and warehouse managers trying to hold on to a lower middle class life that in the end did not transfer so well across the ocean. I am proud (if that’s the right word) of these people in that they were survivors; I am distinctly not proud of the structural, historical patterns of inequality, exploitation, dispossession, and immiseration that sent them sprawling across the world in the wake of colonization. I love, because I can understand, the desperate migration of individuals; I distinctly do not love the Imperial forces that made such desperate flight necessary.

The pattern I have just described—resource workers following imperial expansion to take up extractive work in colonies—is of course a common one, shared by many settlers in Canada’s west. In a recent Globe and Mail article, Naomi Klein addresses the “existential” crisis posed by the climate change debate in Canada. Ours is a nation that was “an extractive company” before it was a nation, Klein argues, and the “so called New World was imagined as a sort of spare continent, to use for parts.” At some deep level, for many people, to stop “voraciously devouring wilderness” is quite simply to stop being Canada—and therefore it is almost unimaginable. Thus our federal government can pay lip service to climate action with one side of its mouth, while approving new fossil fuel pipelines with the other—and barely notice the glaring contradiction.

This is Yuxweluptun’s point exactly. Not only does the name British Columbia signify a history of racist colonization and genocide—it names a relationship to land that is unsustainable, and the complete opposite of Indigenous practices pre-contact. In the Vancouver Sun this May, Yuxweluptun is quoted as saying “I’m asking for a change of name because natives are the caretakers, protectors of the land of this province.” He goes on, noting that the name change “is important because it will change the idea of where we are in this country.”

The “idea of where we are” that the name British Columbia suggests is the idea Klein is trying to counteract: the spare-parts resource colony, ready to be used-up, dragged off to where it’s needed. A different name—and it’s noteworthy that Yuxweluptun is not necessarily advocating an Indigenous name, just a non-colonial one—might tell a different story about the nature of where it is that we live, and how we might live there. “Beautiful British Columbia” it certainly is—but not because of its name: the beauty is all in the trees, rivers, mountains, valleys, coastlines, islands, animals, and peoples. Another name might help us better see that beauty, and better protect it.

This is an era of “reconciliation,” or so we are told; it is as yet unclear what the many mentions of reconciliation will actually mean in terms of the well-being of First Nations or of the relationship between First Nations and the Canadian state. Many observers note that something more substantial is needed—some would call for decolonization, rather than reconciliation. Decolonization is also complex and potentially ambiguous, but the removal of blatantly colonial names and symbols would at least be a move in the right direction.

And let’s not forget the “unceded” in Yuxweluptun’s title; the majority of what we call British Columbia is land over which aboriginal people still hold title, as the Supreme Court of Canada acknowledged in its Tsilhcot’in decision in 2014. Listening to what Indigenous people think their land should be called is also a good place to begin “reconciliation”—and decolonization.

Stephen Collis is an English professor at Simon Fraser University, BC.