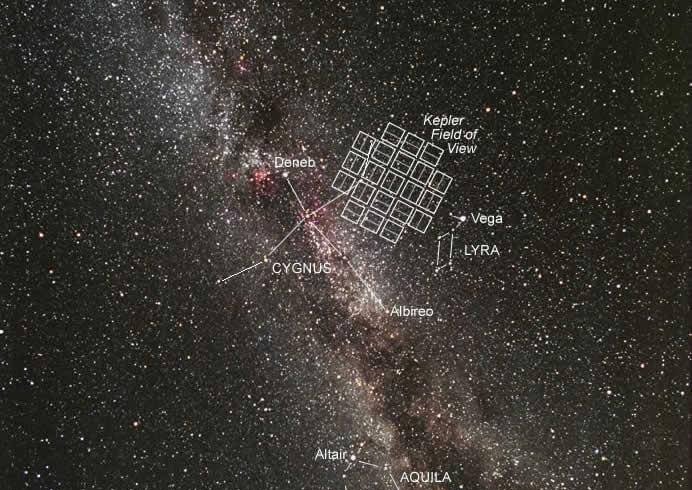 The Kepler mission is revolutionizing our understanding of the universe. Not only has it discovered hundreds of planets circling stars in the night sky, it has found something out there that isn’t a planet. The Internet is full of rumors that we’ve found an alien space station of some kind, but before jumping to such an extreme conclusion, there may be a more ordinary explanation.

Since 2009, the Kepler telescope has been orbiting Earth and staring at a single piece of the sky. While not as large as the Hubble Space Telescope, it does have a 1.4-metre-diameter primary mirror, which reflects and focuses light from stars directly onto the sensors. One of the drawbacks of this simple design is that the sensors need to be on a curved rather than a flat surface, but the big advantage is the ability to image a larger field of view. For comparison, Hubble’s field of view is the size of a grain of sand at arm’s length, but Kepler’s is an area about the size of a five-dollar bill held at arm’s length. No other space telescope has a primary task of just watching the same bit of the sky day after day.

Kepler records an image about every half hour and measures the brightness of stars in its field of view. And, if the geometry is just right, the telescope can detect a planet as it passes in front of a star and blocks some of the light. (We see this occasionally in our solar system when Venus or Mercury moves between us and the Sun.) By measuring how much starlight is blocked and for how long, scientists can calculate the size of the planet, and how close it is to the star.

Often, a star appears dimmer on its own, like the Sun does when it is covered in sunspots. That’s why Kepler needs to keep watching a star for years: to tell the difference between a variable light difference and a regularly occurring eclipse of a planet. Large sunspots can decrease its brightness by 0.2 percent, while Venus blocked just 0.1 percent when it passed between the Earth and the Sun in 2012.

Kepler has found planets much bigger than Venus—some even bigger than Jupiter, the largest in our solar system. In fact, it’s easier to find big planets because they block out more starlight. But what has caused this recent flurry of interest is something blocking the light from a star known as KIC 8462852. (KIC stands for Kepler Input Catalog.) This star doesn’t have a proper name since it is hundreds of times too faint to be seen with the naked eye. It is a main-sequence F star, a little bit cooler than the Sun, and like our solar system’s star is middle aged, neither near the beginning nor end of its life. In many respects it is ordinary.

But what has caught the attention of NASA and astronomers is not the star itself, but that something passed between it and the Kepler telescope that blocked out 20 percent of the starlight. If the obstruction is completely opaque, it would need to be almost a quarter the diameter of the star. Imagine looking through a round window: To block 20 percent of the light, you would need to cover up 20 percent of the window’s area. But if the obstruction is transparent instead of opaque, it would have to be even larger in order to block out the same amount of light. Planets are completely opaque, but clouds are not. A slightly transparent cloud would need to be much larger than an opaque planet in order to block out the same fraction of starlight.

What makes this obstruction even stranger is that it isn’t shaped like a planet. When something round passes in front of an object of the same shape, the overlap changes smoothly. But in this case, the fraction of light blocked changes in an irregular fashion. The obstruction is not just large, but it is also not shaped like a ball. As anyone who has looked through a telescope might know, there are indeed things in the sky that aren’t round: clouds of gas and dust have a variety of irregular shapes, and also some fairly large irregular objects like comet tails within our solar system. Could the object blocking KIC 8462852 be a big comet? The conclusion of Dr. T. S. Boyajian, a postdoctoral fellow at Yale University who has authored a paper currently up for review, is that a cluster of comets seems to be the best explanation, but it is by no means the only possible explanation.

Before examining the details of the comet hypothesis, there are other possibilities that can be ruled out. Not only is the obscuration a strange shape, it is also intermittent. Some young stars are surrounded by a cloud of gas and dust, so it’s possible that we are looking through a blob of dust grains that will eventually collapse and form a planet. That may explain the unusual shape. However, if there is enough dust to block 20 percent of the starlight, then the absorbed light would warm the dust grains enough to make them glow in the infrared region of the spectrum. A really hot object like a star shines in visible light, but even a slightly warm object will emit infrared light. Observations from telescopes on Earth indicate that KIC 8462852 doesn’t emit any more infrared than other stars that are not surrounded by clouds, so the anomaly is unlikely caused by dust.

Another possibility is that sunspots are to blame. Our Sun rotates with a period of twenty-seven days, but KIC 8462852 spins much faster, completing a rotation in just 0.88 days. A dark region on the star would disappear from view in less than a single day and some of the decreases in the starlight measured by Kepler last for several days. Sunspots don’t add up.

We can also rule out a surface eruption on the star of the kind that produces coronal mass ejections. If this was the case, we would see chemical signatures of such outflows in the spectrum of the star. No such flows are seen in the spectrum, nor are there any other indications of gas around the star, so a halo from gas eruptions is out.

What about a blob of dust or gas, not near the star, but randomly passing between Kepler and KIC 8462852? The spectrum of the star does show that there are two interstellar clouds within the line of sight, but the problem with this as an explanation for the Kepler observation is that interstellar dust clouds are very cold, containing atoms in their lowest-energy states and therefore absorbing only specific wavelengths of light. The Kepler measurement of the anomaly is over a broad range of wavelengths, so narrow-band absorption isn’t a possibility.

The evidence is pointing to something orbiting within the KIC 8462852 system itself. If it’s a permanent resident of the system, then it will be in a nearly circular orbit. Based on Kepler data, we can estimate the size of the orbit as being smaller than sixteen astronomical units. (One AU is the distance from the Sun to the Earth, around 150 million kilometres.) Sixteen AU is not quite as far as Uranus (nineteen AU), but farther than Saturn (ten AU).

An object in a circular orbit around this star would have a regular cadence. In this case, there’s an obscuration on day 792 of the Kepler mission and then a burst of events on days 1520, 1540, and 1568. If the anomaly is on a circular path then there also should have been an event at the beginning of the Kepler mission. But if the anomaly is in an elongated orbit, we may have just missed the previous event, and the next one, Boyajian estimates, may occur in April or May 2017.

In our own solar system, there is a large distribution of small icy bodies beyond the orbit of Pluto, some a few kilometres in diameter. When the orbit of one of these objects is disturbed, and it passes close to the Sun, the heat warms and evaporates material creating a comet tail that can stretch for millions of kilometres—even if the object itself is only one kilometre wide. Energy from the sunlight pushes on the evaporated gas, so the comet tail always points away from the Sun. A distant observer, such as the Kepler telescope, could possibly be seeing a comet tail head on, which may appear to be blocking light from the star. A single comet couldn’t absorb as much of the starlight as was recorded, but a swarm of comets could—which may also explain the obstruction’s irregularity.

If these comets exist in a belt around KIC 8462852, like they do around the Sun, then what could cause a swarm’s orbit to be suddenly disturbed? One such possibility is another star passing near KIC 8462852 and perturbing the orbits. There is indeed a small star in the neighbourhood, but we haven’t been watching this tiny patch of sky carefully for long enough to determine the motion of this other star, which is nearly 1,000 AU from KIC 8462852. For comparison, Pluto is about forty AU from the Sun, and our system’s cloud of comets extends from 5,000 up to 100,000 AU. If this small star is in orbit, or just wandering by at 1,000 AU, it could easily have been the cause of the swarm of comets.

This neighbouring dim star is not quite a smoking gun, but it does point us in the direction of what to look for next. The essence of scientific method is that a hypothesis can be tested to see if it’s right or wrong. We can now watch this other star to see if it heads in the right direction. If the other star is moving towards KIC 8462852 instead of moving away from or in orbit of it, then the neighbouring star couldn’t be the cause of the comet swarm.

It should be noted, that it is extremely unlikely that we just happened to be looking in the right place at the right time to see a swarm of comets. If the dim star had happened by a few thousand years earlier or later, we wouldn’t have seen a thing. And for a star that lives billions of years, a thousand years is a blink of a celestial eye.

So what else could it be? Could the anomaly in the data be caused by an artificial structure near KIC 8462852? Some scientists who systematically search for extraterrestrial life have said that we should not automatically rule out that possibility. But until all the natural causes are ruled out, we should not jump to that conclusion. What we do know is that we are just beginning to decipher the unique case of KIC 8462852.

Martin Snow is a research scientist at the University of Colorado's Laboratory for Atmospheric and Space Physics. 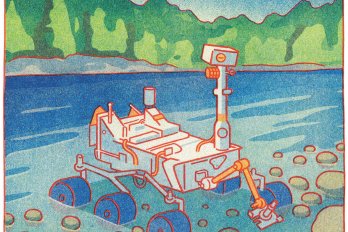 What Canada’s Rocks Can Tell Us About Extraterrestrial Life 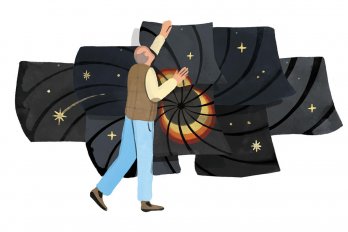 The Physicist Who Thought About God 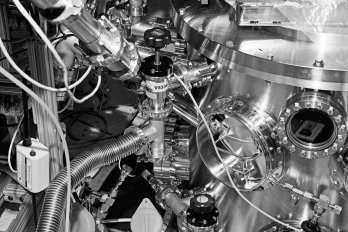 Searching for the Secrets of the Universe in Sudbury, Ontario

Martin Snow is a research scientist at the University of Colorado's Laboratory for Atmospheric and Space Physics.
X