Pricing the Open Road | The Walrus
Skip to content 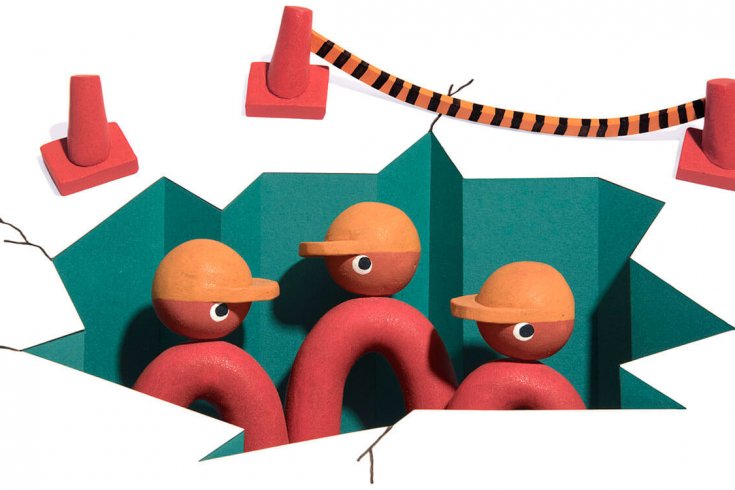 Half of Montrealers now spend an hour or more each day getting to and from work. In Toronto, the number of cars on highways is increasing faster than population growth. Vancouverites can expect container-truck traffic to jump more than 100 percent over the next five years. Do all these cities need new transportation infrastructure? Yes. Will that, on its own, solve our traffic problems? No.

The solution: congestion pricing. Traffic snarls result when too many people decide to drive their cars in the same area at the same time. Congestion pricing makes it more expensive to be driving one of those cars—and as such is a powerful tool for shifting decisions on a mass scale. There are lots of ways to do this. You can put a toll on a road or a bridge, or even a single lane, and raise the fare when traffic is heaviest and lower it when there’s less demand for road space. You can put a price cordon around an entire area—say a downtown centre—that makes it cheaper to drive in and out during off-peak hours. With rapidly evolving GPS technology, you can even charge people based on exactly how much they drive and exactly when they’re driving.

Cities across the world have fought congestion by choosing pricing models that fit their geography and traffic patterns. London’s cordon price reduced downtown traffic by as much as 40 percent. High-occupancy toll lanes sped up rush-hour commutes in Minneapolis and Miami, not just on tolled lanes but on the entire highway. Stockholm lowered its air pollution and greenhouse-gas levels; Milan cut crash-related injuries by a quarter.

Here in Canada, we’re fighting the war against traffic with every weapon but pricing.

Behind closed doors, bureaucrats and even politicians agree congestion pricing makes sense. But it has long been seen as a political third rail. Toronto’s last mayoral race is a case in point. Traffic congestion was the number-one campaign issue. It costs the region billions of dollars every year, and Torontonians, more than Canadians in any other city, suffer from its effects. Candidates were putting everything on the table—LRTs and bicycle lanes and subway lines. But when asked point-blank by the Toronto Star whether they’d give pricing a try, every candidate said no. It might be the single issue they all agreed on.

One of the most significant hurdles involves equity, both social and geographic. According to recent polling, urbanites who, for the most part, have better access to public transit and live closer to where they work may be more than happy to charge suburbanites for driving downtown. But that tension only feeds into the class and culture schisms that have notoriously prevented us from tackling Canada’s larger transportation challenges. Just look at the debates over Calgary’s new bike lanes, Montreal’s Champlain Bridge, or Vancouver’s transit funding plan. These battles all break down over whose mobility interests are being served and who will end up footing the bill. The nascent public discussions about congestion pricing crack along the same lines. It’s a cash grab. It’s about making roads for the rich.

But studies such as those released last fall by the Ecofiscal Commission and the Pembina Institute show that it’s possible to roll out pricing in a way that is fair and that ensures that people across regions have affordable alternatives for getting where they need to go. Moreover, pricing can actually save people money — and save them from headaches—by making their commutes shorter and more predictable. And it may be the best way to ensure that the significant tax dollars we invest in transportation infrastructure are well spent. Pembina, for example, found that the introduction of tolls on stretches of Ontario’s 400-series highways, if timed with the completion of major public-transit projects, would increase ridership, reduce traffic congestion by more than 20 percent, and save drivers around $10 per day in gas and maintenance. Even with the fees factored in, drivers still came out ahead.

The 2015 Ecofiscal report suggests that dynamic bridge-pricing (tolls that go up or down based on traffic demand) could make a big difference in Vancouver and Montreal. Vancouver’s twenty bridges are spread out across the region—creating stress points everywhere—while Montreal’s eighteen bridges form a ring around the downtown island, making the in-out commute especially gruelling for off-island residents. In both areas, a combination of harmonized bridge tolls and expanded mass transit could work to reduce congestion. The key is to price all bridges, not just one. The last thing you want is a bunch of “bridge shoppers” jamming up the routes to free crossings. Again, it’s that whole incentives thing.

But all the numbers, theoretical examples, and case studies in the world won’t make people believe that pricing works. We want subways; we want carpool lanes; we want roads. Those things make intuitive sense. Abstract pricing schemes do not. But evidence from places such as London, Stockholm, Singapore, Milan, Minneapolis, and Miami—to name a few—shows congestion pricing really does work. Did people in these cities quit their jobs and abandon their cars? Of course not. They just tweaked their driving habits in various ways. As a result of pricing, those who can shift their schedules a little earlier, or later, do that. Those who can telecommute once in a while do that. Those who can carpool, thereby splitting the cost of the fee, will try it. And those who can take mass transit will do so more often. The point is that human beings are resourceful, and the right incentives make us more so.

In almost every city where congestion pricing is now the norm, people didn’t buy it at first. And in almost every city that has experimented with the method, residents decided to keep it. What we need is embodied evidence, the kind we can get only through actual trials. Run pilot projects. Share the results. Let commuters experience the benefits for themselves. Expect some pushback at first, but do it anyway.

The only thing people hate more than the idea of congestion pricing is congestion itself. We have to win the battle for this new idea before we can win the war against traffic.