When it comes to changing public behaviour, governments have no silver bullet, but one of the most obvious ways to discourage the consumption of any product or service is to raise the price through taxation. In 1989 and 1991, Canada’s finance minister at the time, Michael Wilson, introduced substantial tax increases as part of a comprehensive tobacco control policy. Combined with other measures, it brought about a sharp reduction in annual smoking rates.

Weight gain is the new smoking gun. More than one-third of Canadians believe obesity constitutes our biggest health issue: some 62 percent of adults are overweight, and an estimated 24 percent are obese. The trend among young people is particularly worrying, with the number of obese children growing from around 2 percent to 9 percent between 1989 and 2004.

But what is causing this crisis? One obvious answer is diet; a recent University of North Carolina study found that the average American’s intake has ballooned by 278 calories per day over the past thirty years. (We could not obtain comparable Canadian data, as Statistics Canada surveys conducted in 1972 used different methodologies from those in 2004, making statistical comparisons impossible.) 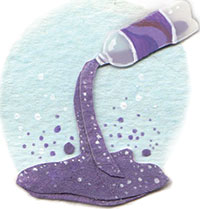 Insane Clown Posse, a hip hop duo from Detroit, dress as demonic circus clowns in smeared greasepaint, and they have dubbed their style “horrorcore,” with such hits as “Night of the Axe” and “Murder Go Round.” Their lyrics make approving references to cop killing, voodoo–and, oddly, Faygo, a local soft drink that channels American nostalgia by touting its 1907 family company origins, and branding flavours with cartoon fonts and jaunty exclamation marks (Root Beer! Cherry Cola!). The Insane Clowns’ unofficial product endorsement took hold after they sprayed Faygo on an unruly fan at a gig in 1993. Soda soaking became part of the concert experience for their “Juggalo” followers, and ICP now slops pails of Faygo over the audience, or shakes up bottles and sends them spinning into the crowd. In 2008, Insane Clown Violent J told Detroit’s Metro Times that he wished Faygo would “do a limited edition pop run with us,” but so far the company has declined the offer.

Nearly half of those extra calories come from sugar-laden pop. Controlling for ethnicity and income, a UCLA study found that adults who drink one or more servings of pop per day are 27 percent more likely to be overweight or obese than those who do not. A disincentive to buy these beverages seems like an obvious first step in battling the obesity crisis.

Placing a general tax on junk food proves problematic, because one kid’s treat may be another child’s dinner (ask two people to define junk food, and you will likely get two different answers). But before you cry “nanny state,” consider this: soft drinks provide little to no nutrition, so it is easier to implement a specific tax on them than on all junk food. A tax on pop would more closely resemble the sin taxes on alcohol and tobacco. For instance, the federal government taxes beer at 31 cents a litre, and it could place a similar per-litre surcharge on soft drinks. A 2010 study in the American Journal of Public Health found that a 10 percent across-the-board increase in the price of sweetened soft drinks would lower consumption by 4 to 11 percent; therefore, even a modest tax could have a big impact.

The goal, however, is not to control pop sales but to reduce obesity. All else being equal, a 10 percent reduction in pop consumption would cut roughly 6,500 calories per year from the average American male’s diet, resulting in slower weight gain or a loss of nearly two pounds per year. This may seem insignificant, but taken over several years and across a large population segment, the weight loss adds up.

Yet all else is seldom equal, so we need to consider what people may choose to drink instead. Some, in particular children, will switch to milk and juice, which are also high in calories and could offset the tax’s effectiveness in controlling obesity. But the tax could produce the side benefit of improving nutrition through greater calcium and vitamin intake. A 2010 study in the Journal of Public Economics showed that young people drink significantly more milk as the price of soft drinks goes up. Others will substitute diet pop, which may be a mixed blessing: a study from the University of Texas Health Science Center at San Antonio found that high diet pop consumption correlated with an increase in abdominal fat cells, which are associated with a greater risk of heart disease, stroke, and colorectal cancer. The report suggests that “amidst the national drive to reduce consumption of sugar-sweetened drinks, policies that would promote diet soft drinks may have unintended deleterious effects.” Given this research, legislators might bring diet pop under the tax umbrella as well.

Lower-income households spend far more of their budget on pop than wealthier ones do, so they would shoulder more of this regressive tax burden. But this could be softened by allocating the revenues to benefit low- and medium-income households, for example through HST rebates, which may also help raise public acceptance of a pop tax.

As an economist, I remain leery of predictions that a tax on pop will absolutely reduce obesity; they involve too many unintended consequences and unknowns. But this does not imply that it’s better to do nothing.

Along with the associated health risks, obesity imposes significant costs on our health care system; an estimated 6 percent of all federal health care spending now goes to treat weight-related conditions. The government spent at least $4.6 billion on obesity in 2008, and that figure rises to $7.1 billion if you factor in the costs of related diseases.

Tax reform often begins with the provinces. In 1923, only Manitoba and Alberta instituted gasoline taxes; six years later, after watching them reap the profits, the rest of the country followed suit. We could start by having a single province, say Ontario, enact a tax on all pop. We could then compare its obesity rates to those across Canada, to determine whether this could serve as an effective tool to fight one of the more pressing health issues of our time.