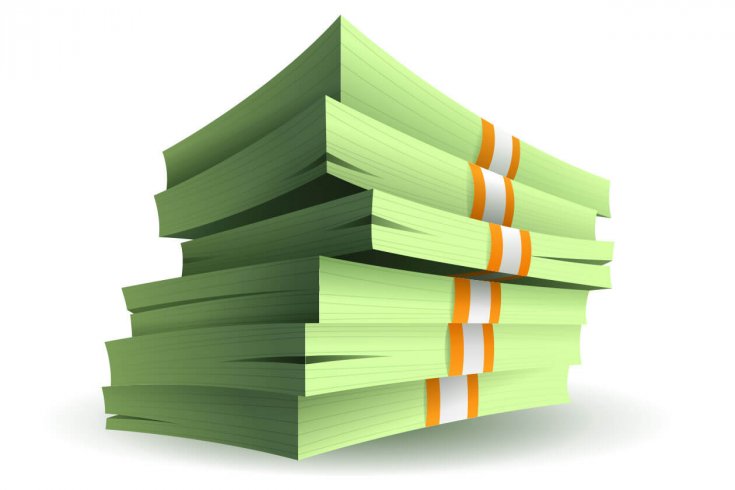 Last week, while you were probably fighting off the lingering effects of your New Year’s hangover, executives at Canada’s largest companies made more money than you’ll probably bring home all year. In 2015, Canada’s highest paid 100 CEOs trousered roughly $9.5 million in compensation, or about 193 times the average Canadian income—$49,510. Those CEOs had already cleared that amount by 11:47 a.m. on January 3.

These numbers come from the Canadian Centre for Policy Alternatives (CCPA), which has been studying executive compensation since 2007. Their research doesn’t contain many surprises—in essence, the rich are still getting richer. In 1998, for example, the average earnings of Canada’s top 100 CEOs was 103 times that of the national average, which means it’s climbed 179 percent in less than two decades. And while there isn’t reliable Canadian data available for the years prior to the mid-1990s, the report notes that “it is generally accepted that in the United States, the ratio of CEO pay to average pay in the late-1980s was approximately 40:1 and that Canada’s ratio would have been somewhat lower.” In other words, chief executives from the decade that normalized greed have nothing on today’s crop.

That might be defensible if there was a correlation between a CEO’s overall pay and what they deliver. But therein lies the rub: that evidence is missing. Take the 2014 study published by a trio of academics at the Universities of Purdue, Utah, and Cambridge, which looked at twenty years of data for the 1,500 largest publicly traded companies in North America and determined that compensation was not linked in any measurable or meaningful way to performance. Worse—excessive compensation was inversely correlated with a company’s financial performance, both in the stock market and on its income statement. According to professors Michael Cooper, Huseyin Gulen, and P. Raghavendra Rau, “managerial compensation components such as restricted stock, options and long-term incentive payouts” ended up translating into “lower future shareholder wealth.”

That’s because, they found, the most lavishly compensated “overconfident” CEOs tended to behave the most recklessly. The newest poster boy for this overconfidence effect might be Mike Pearson, the former CEO of Valeant Pharmaceuticals who took home $182 million in 2015 and then was fired this past March when his company’s shares went into freefall (they were down 90 percent from where they’d been the previous August) after a series of accounting and operational stumbles. In fairness, most of that pay—$179 million worth—came in the standard form of share grants and stock options that are now worth much, much less than that. But he still walked away with millions of dollars for his work—and millions more than most of the mom and pop shareholders who watch their Valeant shares hemorrhage their value.

Ironically, it was one of the earliest efforts to monitor executive compensation that laid the groundwork for it getting so out of control. In 1978, a package of reforms required companies to disclose what their CEOs were getting paid, but it unwittingly created an industry of consultants whose primary purpose appears to be finding new and creative ways to justify it for them. Their preferred method involved comparing a given CEO’s salary to that of his rivals who made the most. “This led to the ‘Lake Wobegon’ effect,” Cowan wrote, referring to the superiority complex suffered by Garrison Keillor’s fictional Minnesotan small town where “all the children are above average.”

The impact of this benchmarking, Cowan wrote, is impossible to ignore. Between 1936 and 1980, the average CEO’s salary went from $970,000 to $1.1 million. After the new disclosure laws kicked in, those salaries started to soar—eventually hitting $7.6 million by 2005.

To some, this is probably much ado about not very much. After all, these companies are publicly traded and have boards of directors who are responsible for vetting and approving the pay packages of their executives. And if those packages aren’t properly linked to performance, well, who ends up paying the price? That company’s shareholders. Leave the market alone, and it will sort itself out.

Except, of course, it hasn’t sorted itself out—and, to varying degrees, we’re all shareholders in these companies. The Canada Pension Plan Investment Board and the Ontario Teachers Pension Plan, for example, hold a wide range (and often a huge number) of shares in Canadian publicly traded companies, and so by extension do many of us as well. Whether we like it or not we all have a stake in this situation.

What can be done about it? Changing the tax treatment of the stock options that can make up to 60 percent of CEO pay is a good start, given that any income they generate is currently is taxed at half the rate that the rest of us pay. Raising the marginal rate on the top income tax bracket is another, albeit one with more obvious political ramifications, given how stridently right-wing politicians react to any proposal that involves raising taxes on the rich. Then there’s the notion, floated by the CCPA paper, of implementing a tax penalty on those who exceed a given ratio to average pay. All of these are interesting ideas—and none of them would change very much, in the grand scheme of things. After all, it’s far more likely that boards would simply adjust pay upwards to adjust for any tax changes than accept smaller pay packages for their executives.

A more radical proposal came from McGill University’s Henry Mintzberg back in the fall of 2009, when the fallout from the financial crisis made us all a little more open to those sorts of ideas. Writing in the pages of the Wall Street Journal, he argued that bonuses for executives undermined its ability to actually create value for customers and shareholders. “Because of its symbolic nature, executive compensation as currently practiced sends out the worst possible signal to everyone in the enterprise.” His answer? Get rid of bonuses—completely. “Pay people, including the CEO, fairly. As an executive, if you want a bonus, buy the stock, like everyone else. Bet on your company for real, personally.”

The problem is that this would require the boards of directors at these companies to radically restructure the way they compensate executives—and invite the boards at other companies to use it as a precedent. Given the relative coziness of corporate Canada and the fact that directors on one company’s board are often executives at another, it’s hard to imagine this ever happening. At least not without some sort of external stimulus. That was supposed to be provided by the so-called “say on pay” movement, which gives shareholders an opportunity to vote on the pay packages being proposed by the board of directors.

The idea first appeared in Canadian board rooms in 2009, when the Thomson company acquired UK-based Reuters and was therefore required to adhere to that country’s more stringent rules around say-on-pay votes. It was used most effectively by Barrick Gold shareholders to push back against the company’s decision in 2014 to hike chairman John Thornton’s pay from $9.5 million to $12.9 million. That raise was in stark contrast to the fact that his company’s shares had decreased in value by nearly the same proportion as his year-over-year raise, and nearly 75 percent of shareholders voted against it. And this was just a year after shareholders had voted by an even more overwhelming majority—85 percent—against the $11.9 million signing bonus the company tried to award Thornton when he was named co-chairman.

Barrick appears to have finally gotten the message, given that it eliminated Thornton’s bonus in 2015 and left him with a mere $3.1 million in compensation. But while say-on-pay votes are mandatory in the United States, the UK, and Australia, they remain optional in Canada—and only sixty-four of the country’s largest 100 companies chose to hold one in 2015. And because votes like the one at Barrick are advisory, not binding, they’ve had no real impact in bringing down excessive compensation throughout the business world as a whole.

Making them legally binding would be a step in the right direction. It’s one that CEOs and the boards that employ them might not be entirely opposed to taking, either. After all, while none of them want to lead the charge on this front—call it a first-mover disadvantage, given the impact that lowering executive pay might have on their ability to recruit and retain talent—they cannot be completely blind to the public dissatisfaction with the growing gulf between their pay and ours. And while the populist anger that help elected Donald Trump—and has taken aim at governments in Germany and France—hasn’t infected Canada yet, those same CEOs stand to lose a great deal if it does. The socioeconomic grievance powering such populism, after all, is inherently skeptical of trade agreements and international commerce, two of the pillars that most large Canadian companies have used to build their various successes.

Pull them away, and the entire edifice might crumble—something that would do more damage to the value of their stock portfolios than anything the CCPA could ever dream up.