One Is the Loneliest Number | The Walrus
Skip to content 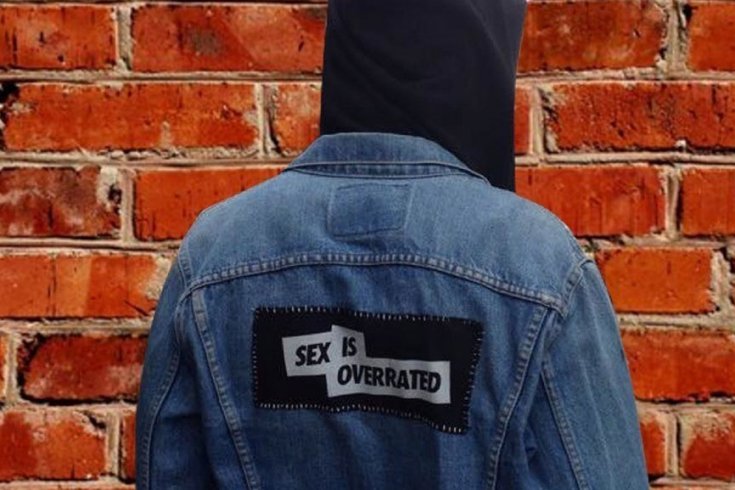 The sexual revolution has taken many forms over the last half century: From the widespread availability of contraception, to no-fault divorce, to the lifting of Victorian taboos on female sexual pleasure, to the destigmitization of homosexuality, bisexuality, and other queer identities, Western societies now have far more enlightened attitudes toward sex. Yet throughout it all, one community has remained more or less ignored: the folks who tend not to enjoy sex of any kind.

Think of how many people you know, including Facebook friends, colleagues, and extended family members. Statistically, at least one of them is an “ace,” as some in the community like to call themselves. And yet, to date, not a single acquaintance of mine has come out to me as asexual. The only public figure I can think of who has openly identified this way is former Smiths front man Morrissey.

Asexuality is properly classified as a sexual orientation; one which, like heterosexuality and homosexuality, is thought to be biologically predetermined in most cases. It has never had a dramatic political coming of age—nothing akin to the Stonewall Riots, for instance—because asexuals never have been violently persecuted in the way that gays have. Yet a growing global community is developing nonetheless, thanks in large part to the power of social media.

That’s a welcome development: Aces deserve the same recognition and respect as the rest of us. So why are they seen, even amongst some sex-positive liberals, as a bit of a joke? At last year’s Toronto Pride, the only group to receive less enthusiastic applause as it marched past viewers was Queers Against Israeli Apartheid.

In our hyper-sexualized culture, in which carnal desirability equates to social power, the concept of asexuality seems foreign, almost suspect—often casually dismissed as a symptom of trauma or morbid shyness. Langevin wants to address these misconceptions. “Most straight people can understand homosexual attraction because it’s essentially the same as heterosexuality, just directly toward a different sex,” he says. “But because sexual attraction is so intrinsic to most people, they struggle with the concept of asexuality, just as much as we [asexuals] struggle to understand non-asexuals.”

Those who identify as ace comprise a multifarious community, resistant to generalization. The movement has established its own taxonomy, which includes “gray-A” and “demisexual.” A small number of self-identified asexuals enjoy the intimacy or sensation of sex, whereas others have no libido at all, but enjoy hugging, kissing, and co-sleeping. Others, still, shun physical contact altogether. (For Langevin, the idea of sex doesn’t repulse him; in fact, he says he would consider intercourse if it was important for a partner.)

It’s only due to my preoccupation with Internet dating sites (glutenfreesingles.com isn’t a joke) that I became aware that many asexual individuals do seek romantic companionship. Some in the ace community favour mainstream methods; OKCupid—“the Google of dating sites”—has, in the past few months, introduced an array of new orientation options, including asexuality. Before this, aces had to rely on stating their orientation in biographies, hoping that like-minded people would search keywords.

The Internet has allowed asexuals to connect with one another, but it also has enabled haters; offers to be “fixed” are, unfortunately, the norm. Even heteroromantic aces often are presumed to be closeted gays and endure homophobic abuse. The risk of harassment, along with the overemphasis on physical appearance, has put Langevin off online dating altogether.

In particular, Tinder, the wildly popular smartphone app that is perhaps the most openly superficial of all the major digital dating platforms, strikes him as bizarre. “I don’t have an intrinsic sense of what is and isn’t attractive, I’ve just learned what people tend to find attractive,” he explains. “I can say whether I find someone aesthetically attractive but this has little to do with whether I find them romantically attractive. I can’t just see someone and feel romantically towards them, I have to get to know them first.”

I speak to David Jay, the heteroromantic-leaning founder of the first online ace organization, the Asexual Visibility and Education Network (AVEN). Due to his frequent media appearances and good looks, he’s often viewed as a “poster boy” for asexual advocacy. Jay appreciates romantic companionship, and currently is in a relationship with an ace woman that he describes as “open.” In ace relationships, he says, “concepts like monogamy that are clear cut in the sexual world get pretty blurry.” Long-distance relationships are more common because the lack of sexual urgency makes physical distance more manageable.

Kelly, a woman from Texas, identifies as a “panromantic” ace. “Sex and gender don’t play a role in who I’m romantically interested in,” she tells me. “I’ve dated men, women, and those who identify as neither.” (Her current partner, Steph, also is asexual.) Statistically speaking, dating would be more challenging for Kelly if she were strictly heteroromantic, as according to a 2011 survey of asexuals, only about 6 percent of aces are male-identified and attracted to women; meaning that her dating pool would be confined to 6 percent of 1 percent of the population, or six out of every 10,000 people.

It’s even more statistically difficult for homoromantic males such as Langevin, whose prospects are further limited to 4 percent of the 1 percent, or four in 10,000. “I’ve only ever found myself in relationships with homosexuals,” he says. “I go on first dates and when I reveal my asexuality, that’s usually the end of it.” Kelly has experienced similar difficulties, having been with a non-asexual man who felt inadequate because of her lack of sexual attraction toward him.

For asexuals, negotiating and compromising on sex in a way that works best for both parties often is a tricky business. But at least the subject now is increasingly out in the open. The days when asexuality was the love that dared not speak its name, thankfully, are over.

Mary Newman is a former Chawkers fellow at The Walrus.