Meritocracy Is a Lie | The Walrus
Skip to content 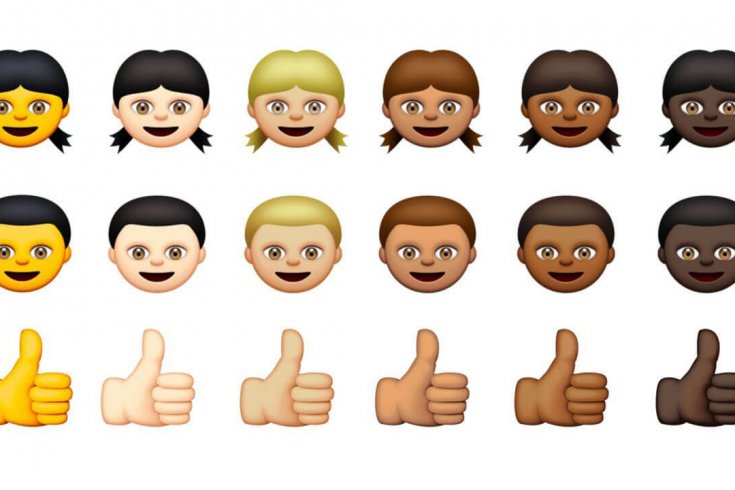 Canada’s newest prime minister, ultra-handsome Justin Trudeau, son of that other politician everyone loved a lot, announced his cabinet would be 50 percent women. Today, fifteen women were indeed named as ministers. This has made a lot of people freak out, including the editor-in-chief of The Walrus, Jonathan Kay.

During a contentious panel on The National this past Sunday night, Kay said he opposed the idea of a quota, despite the fact that women make up half the population, and argued that positions in cabinet should be awarded based on merit. In response, Buzzfeed Canada senior writer Scaachi Koul pointed out that affirmative action-style policies such as the 50 percent pledge introduced by Trudeau are only needed because the existing system, “meritocratic” or otherwise, continues to fail to accommodate a wider range of diversity of representation on its own.

If we really want to get technical, it’s important to acknowledge that notions of merit have never stopped previous governments from determining the make-up of their cabinets based on a variety of criteria. As Vice Canada parliamentary reporter Justin Ling has pointed out, “regionalism, parliamentary experience, who they endorsed for leader, [and] which MP they beat” are all considered valid reasons for the job, and gender is not. In effect, quotas meant to be fair representations of a variety of different Canadian constituencies have been around for almost fifty years.

We can go a step further and look at some cabinet appointments that seemed to be made in spite of a yawning lack of merit, such as two climate change deniers (Peter Kent and Leona Aglukkaq) as environment minister, men in charge of women’s issues (Lloyd Axworthy), non-veterans withholding benefits while tasked with Veterans Affairs (Julian Fantino), and the legion of non-Aboriginal people screwing up the Department of Indian Affairs.

As Maclean’s political editor Paul Wells points out, the precise definition of the term “merit” is debatable. You can have a brilliant person, but if they’re a “pure son of a bitch,” where do they fit?

How leaders connect and get along with their appointed colleagues is, of course, very important. But if you’re constantly hiring friends or friends of friends from a small pool of people who look like you and come from similar backgrounds, then you’re choosing from an increasingly shallow and unrepresentative pool. You’ll play the same sports, perhaps never noticing how many of you are white, upper middle class, and male.

This whole debate is infuriating because the issue of meritocracy only seems to come up when the capital-e Establishment, mostly a population of well-connected white men, find themselves suddenly at the slightest risk of losing their historical stranglehold on power.

In the 2011 election, which saw a significant number of new MPs swept into office in Quebec, all sorts of young MPs were questioned about their strength of character and ability to perform their new duties. As we now know, what happened in the following four years was that women like Ruth-Ellen Brosseau, once dismissed with the nickname “Vegas Girl,” rose to the challenge. (Before moving to Ottawa, she worked three jobs and was raising a young son on her own.) Many of her millennial colleagues also became “solid MPs.” Ironically, it was Established members of the Conservative Party, including Mike Duffy and Nigel Wright, that were questioned repeatedly on the merits of their actions.

Yesterday, Kay introduced a new angle to this simmering debate, arguing that social class is the “most profound schism of Canadian society.” But here’s the thing: women and people of colour, including Canada’s Aboriginal population, are more likely to experience being part of a lower class than white men. We know this from information gathered by Statistics Canada. Having more women and people of colour involved, be it in politics, business, art, activism or journalism, means you have a higher likelihood of encountering people with experiences of either being lower class or treated as lower class. Perspective is a powerful thing, especially in the halls of power, where it appears to have been historically in very short supply.

Many of the cultural signifiers Kay references in his essay—orthodontics, golf or tennis lessons, backpacking through Europe, someone else helping pay a mortgage—are far less common among communities of colour, especially the families of recent immigrants. The money just isn’t there for these things, often because the adults are discriminated for their names, accents, foreign experience, simply their “otherness” or a combination of things.

Furthermore, the examples Kay uses of people “on the margins”—such as veterans, survivors of abusive relationships, and former residents of public housing—historically have not had any incentive for revealing or talking about their painful experiences. For decades, our society has repeated the lie that industries of politics, law, finance, and journalism were tough-but-meritocratic places where rookies were to work hard and not complain if they wanted to rise through the ranks. If you wanted to cry, you did it in the bathroom, at home or in your car. For a long time, the predominant attitude was: Focus on your job, don’t bring other stuff into the workplace, everyone goes through this, so suck it up.

It’s therefore not a coincidence that Kay hasn’t encountered many of these people in his professional career, while politicians and media almost only do so through survey data or think-tank reports. For many, going through these kinds of traumatic, difficult experiences weakens your ability to continually persevere, to believe in yourself, to believe you have a spot despite constantly feeling like you don’t. For many women and people of colour, the endless fight isn’t worth it. They quit before rising to the ranks of editor, manager, partner, designated candidate or MP. In this sense, a “meritocratic” bias simply increases the likelihood that those who rise to the top will be the same people who started out from closest to the top in the first place, as they have the least to lose and the least to overcome.

The problem with Kay’s argument is how it ignores the fact that women and people of colour often experience a multitude of problems in addition to class. A black person, no matter how rich, famous or adept at golf, can never escape the racial profiling that comes with being black. A Chinese-Canadian woman, no matter how educated, “well-spoken,” and successful will never stop being asked where she is really from.

Ultimately, Trudeau’s new policy for his cabinet will be most profoundly felt by men who look like Andrew Coyne, John Ivison, and Jonathan Kay. And this is a great thing! But as Globe and Mail columnist Denise Balkissoon writes, it is only the first step to representing the country’s diversity. The large shift in the number of visible minorities and residents of First Nations groups who were elected as MPs is a positive, encouraging change and their significant presence in Trudeau’s cabinet is nothing less than extraordinary. But real representation of this country also includes people with disabilities and members of the LGBT community. *

It is true that you cannot measure certain kinds of diversity with the naked eye. But that doesn’t mean that Trudeau should be lambasted for trying to increase one of the kinds that you can. Frankly, we should all be mad it took this long for a prime minister to call out this problem and suggest a way to fix in the first place.

* Update: It should be noted that Kent Hehr, Carla Qualtrough, and Scott Brison were also named to Trudeau’s cabinet today. While part of the male contingent, Hehr is quadriplegic and Brison is gay. Qualtrough is visually impaired. They are great examples of Canadians with a disability or who are part of the LGBT community. All three only further illustrate the diversity of Trudeau’s choices.

Karen K. Ho (@karenkho, karenho.ca) is a writer, photographer, and business reporter based in Yellowknife.