America’s Newfound Fascination with Canada | The Walrus
Skip to content 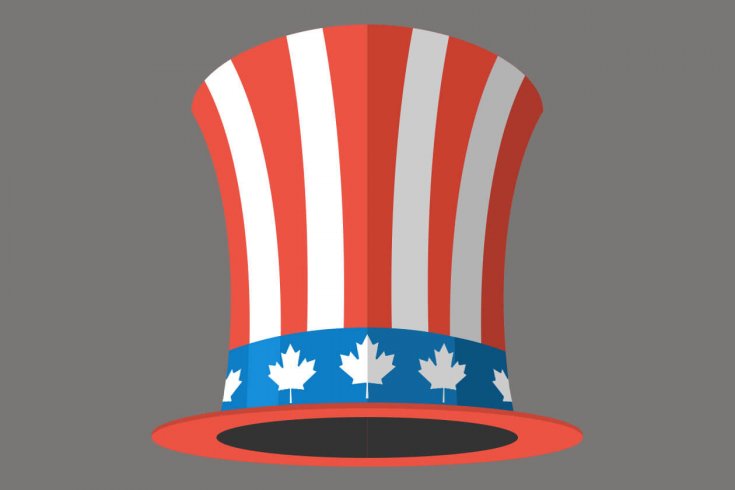 “A Canadian is an American who rejected the revolution,” Northrop Frye famously declared. Naturally, we have been obsessed ever since—America, for us, represents not only all that we are not but also all that we could be. It’s still the land of opportunity. It always has been the place where the big ideas come from. And historically, it’s the big brother who forgets we exist.

Recently, however, an odd transformation has taken place: America increasingly is looking North for big ideas, and even for opportunity. People say that Canada is “having its moment.” What they really mean is that America, for some reason, for once, cares what we’re doing.

The New York Times recently interviewed Justin Trudeau in Toronto, part of an announced expansion of Canadian coverage. The Washington Post, the LA Times, the Wall Street Journal have all run recent stories about one Canadian policy decision or another. In May, The New Yorker wondered openly if the American Revolution was a mistake in the first place. The article was headlined “We could have been Canada,” with the obvious implication that being Canada would have been a vastly better outcome than being the United States. Gone are the days of the crypto-Canadian writer in the American press; now being Canadian is a selling point.

One reason for the change is obvious. They have Trump; we have Trudeau. It’s not hard to imagine why an American liberal would fantasize about living in a country with openness towards immigration and a single-payer healthcare system.

But I think the fascination runs deeper because the crisis in America runs deeper. On July 2, for example, the Wall Street Journal ran an article entitled “How Can the U.S. Get More Women into the Workforce? Ask Canada,” which pointed to the larger percentage of women actively seeking employment here. They went on to offer an explanation: Canada has paid parental leave. If you institute parental leave, more women can work. If more women can work, more women will work.

The policy they’re describing is hardly brain surgery—what the Wall Street Journal seems to be amazed about is the existence of policy as such. That’s because, in America, working government policy has become an endangered species.

Just to take the most obvious case, all branches of the federal government belong to the same party, the Republican Party. They ran for seven years on repealing and replacing Obamacare, and they won. They nonetheless cannot seem to actually pass legislation. Even without the epic amount of bumbling in the present administration, when the American government takes action, the policies in question are so negotiated and so compromised that they barely exist. If, as the saying goes, a camel is a horse made by committee, then all American policies are camels.

In Canada, the situation is different. The Conservatives cut the GST by two percentage points. That was a policy decision—it had consequences. They could be measured. They could be judged. Stephen Harper was responsible. We all knew whom to praise or to blame and for what.

Canadian politics still basically runs on competition between policy ideas. Anyone who covers both Canadian and American politics immediately notices the difference. In 2015, the day after Justin Trudeau was elected, I traveled to Iowa to cover a Trump rally and a Sanders rally that took place in the space of a few days of each other. The Canadian election had been full of incredibly boring debates in which the candidates tried to defeat each other by giving specific numbers—how much the deficit should be over how many years to invest how much in what plans. Trump and Sanders, on the other hand, droned on about the glory of the nation and their faith in God or socialism. Their policy discussions, if they could even be called that, were as vague as possible. Details were not just few; details were non-existent.

Even if they had wanted to, however, how could they describe the details of their policies? How could they give numbers? The reality was that the policies they could implement, the costs, the details of the application of their policies, would be subject to so many other variables within the government that any numbers offered would be ridiculous. They could express their hopes, their dreams—but actual policy?

And here is the problem for American commentators. Despite this collapse in the capacity for the American government to implement policy, there remains a huge number of Americans, of both parties, who have been trained to study it. There are think tanks galore, massive op-ed factories. They still need to operate as if ideas mattered. They need to feel that, if you think up a policy and apply it, it could have consequences. Hence the fascination with Canada, a country where it is still possible to change the political landscape simply because you have an idea and get elected to make that idea a reality.

The most important moment in the history of recent American politics was Reagan’s First Inaugural, when he declared that “Government is not the solution to our problem; government is the problem.” Reagan won, and he keeps winning. Policy discussion in American public life is a parlour game now. Bringing Canada into the discussion simply makes it seem like there is some place where the game might actually matter.