Me against the Troll Army | The Walrus
Skip to content 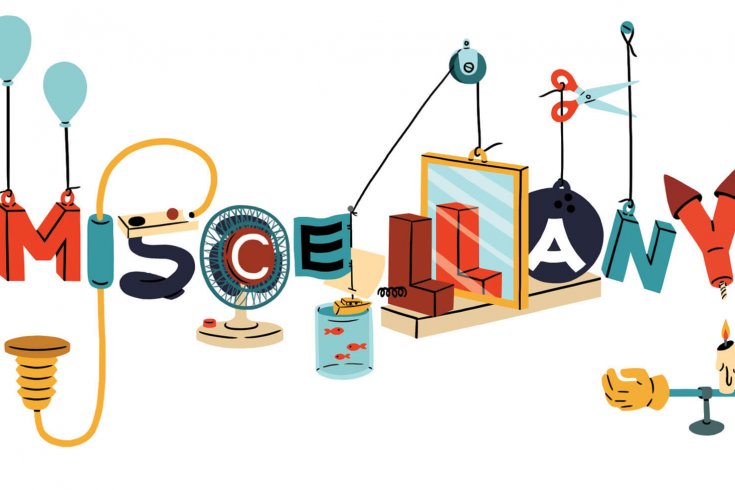 “Don’t read the comments” has become a popular mantra among my media colleagues. It’s not that we don’t care what our readers think. It’s that many of the comments appearing under online news articles are full of hate, profanity, and blunt insults. For a reporter or columnist, it’s soul-crushing to imagine that these angry people are our most devoted readers.

But someone’s got to wade through the muck. And at the Telegram newspaper in St. John’s, that someone is me. It’s not a job I do alone, but it’s one I do every day. Sitting there in my small, nondescript office, I scroll through hundreds of ripostes, taunts, threats, manifestos—and the occasional genuinely incisive comment. I try to insulate myself psychologically from the bitterness and ignorance on display. But over time, the scalding verbal cascades have taken their toll on me.

The original idea behind reader comments was a noble one. For too long, the mass media had been controlled by intellectually incestuous elites, futurists complained. These crowd-sourced forums were a way to open up the conversation with readers.

Unfortunately, editors found, these conversations quickly ended up in the gutter. Typically, the hundreds—or even thousands—of comments that accumulate under a popular article are supplied mostly by a small group of mutually antagonistic, logorrhea-afflicted partisans, haters, and ideologues.

The Huffington Post was one of the first major outlets to pull the plug on this social experiment, halting anonymous comments in 2013. This year, the Daily Beast announced that “we will be removing the commenting function off our site,” on the delicately stated pretext that “the conversation around our articles is increasingly happening on social networks.” Almost a month later, the National Post told its audience that they’d have to go through their Facebook accounts to post comments (the idea was to remove the mask of anonymity that enables “vitriolic personal attacks”). And then, in late September, the Toronto Sun killed its comment boards on most articles, noting that the “anonymous, negative, even malicious personal attacks, albeit by a minority, has led us to conclude our current commenting system is not serving the interests of the majority of our readers.”

Patrolling this toxic playpen is part of my livelihood, so I have a financial interest in its continued existence. But after doing this job for ten years, I’m burning out.

It would be easier if I could just zone out and let the hate glide over me. But I have to remain alert at the keyboard: commenters often try to sneak things in, and my job has a cat-and-mouse quality to it. “Nothing says midlife crisis like the sound of a motorcycle,” wrote one fellow under an article about older Harley-Davidson riders. Seemed fine—until I noticed it came in under the name “Harley Phagg.”

As I write this, a Telegram commenter whose racist commentary has been blocked in the past is trying to slip in offensive slurs by using different names, such as “Golliwog” and “Jigaboo.” Others offer zingers that are childish and cruel, such as “If Peter MacKay is given an enema when he dies, his body can be placed in a matchbox before he is buried” (a line crudely plagiarized from Christopher Hitchens, who was talking about Jerry Falwell).

Battle not with monsters, lest you become a monster, Nietzsche reminded us. “And when you gaze long into an abyss, the abyss also gazes into you.” For years, the abyss has been looking into me every workday. On the obituary of a well-known St. John’s lawyer, someone wrote, “He was a friendly, two-faced liar. I feel for his sons, on a human level, but the world is a better place now.” In other cases, whole professions are casually dismissed as malignant, as in “We all know that Police Officers are the most corrupt people in the Province and the Country, especially since they are the worst rapists going because it is legal for them to do it.”

At one point, I became so enraged that I suggested our newspaper create an alter-ego for me (“The Angry Moderator”) who would call out the most idiotic commenters. My boss said no, and was correct to do so. In effect, I was asking to become the ringleader of the anonymous circus.

It’s not as if hatred was unknown to the pre-Internet era. Many years ago, I had a memorable phone call with an unhappy reader that began not with “Hello” but rather, “Now you listen, fuckhead.”

Yet these sporadic callers (or angry letter writers) at least aroused themselves to the task of direct, one-on-one communication—and, more often than not, they would tell me their real names. Anonymous online trolling, on the other hand, is a 24-7 drip, drip, drip of a thousand different toxins flowing continually into my newspaper’s well of ideas.

For years, our office was located in the Village Shopping Centre. I would walk through the food court, watching people read my newspaper over lunch. Is that the guy who signs himself “Pizza Tongs”? I’d wonder. Is that Cashin Delaney? Harley Phagg? That seems paranoid, I realize. But if you were to find a bag of dog shit hanging from your doorknob every day, you’d start to look at your neighbours differently, too.

Sometimes the abuse gets unsettlingly personal. I had one commenter who suggested that I’d get a rock through my living room window after I chastised a popular Newfoundland politician. Some commenters make it clear that they know where I live (a frightening thing in a relatively small place). Yet I don’t know anything about them. The relationship is entirely one-sided.

Anonymous Internet communication has its place. It’s a great way for corporate or government whistle-blowers to communicate with ombudspersons, for instance. But the model has collapsed entirely in the mass media, where discussion forums have created a climate of bullying and abuse.

We tried to create a conversation. Instead, we unwittingly empowered the most bigoted and enraged members of our society. Let’s seal this cesspit and move on.

Russell Wangersky (russellwangersky.com) is the author of Whirl Away, a collection of short stories.
Katie Carey