Even here on Martha’s Vineyard, Massachusetts, surrounded by wealth, beaches, and footloose summer fun, there is sadness, anger, and resignation. Lee Shorey — a fifty-two-year-old high-school teacher and mother of three children from Vergennes, Vermont — was born into privilege and has summered on this island getaway her entire life. Her children are either university educated or university bound, and beyond pride and joy, they represent for her the rightness of the American project: the idea that hard work and purposeful action will result in opportunity and goodwill from others. Both an optimist and a realist, Shorey has in the past suggested the US Army for some of her other “kids,” mostly hard-to-teach tough guys requiring a firm hand. Today, reading the news emanating from the Middle East, she has closed off that option.

On Sunday, August 6, a construction crew gathered at Cumberland Farms grocery store in Vineyard Haven for early-morning coffee. The necessity of cashing in on summer cottagers meant arduous labour even on this day of rest, but before heading out, the men became preoccupied by the front pages. In its three lead stories that day, the New York Times reported that the Iraqi military had no hope of containing the insurgency and that US generals were recommending that the American pres?ence in Baghdad be doubled; that Israel’s ground offensive into southern Lebanon was meeting stiff resistance and that a United Nations resolution that failed to demand an immediate withdrawal of Israeli troops was, according to Lebanese officials, a “recipe for more confrontation”; and that Hezbollah’s charitable activities in Lebanon — from covering medical costs to paying school fees to financing small businesses — had engendered a “deep loyalty among Shiites, who for years were the country’s underclass and whose sense of pride and identity are closely intertwined with Hezbollah.”

As the group surveyed the Times, which was spread out on the hood of a pickup truck, one of the men, younger than the others, said, “At least we’re not in Lebanon.”

“We’re in Lebanon as much as we’re in Iraq,” shot back another man. “And as long as Israel is firing American bombs, these nuts are going to fire Iranian bombs?.?.?.?I’m a goddamn Republican, but this shit didn’t work in Iraq and it isn’t going to work in Lebanon either. Even the goddamn Israelis are ignoring us. Over there, we’re pretty much a joke.” Interested, I approached the group, hoping to get formal interviews. After I identified myself, the salty one said, “Sorry, you’re getting nothing from us. Get lost.” He folded up the newspaper, packed the guys into the pickup, and left.

As New England braces itself for the fifth anniversary of 9/11 and November’s congressional elections, one can sense deep anger and a crisis of confidence. President Bush’s might-is-right rhetoric has metamorphosed into a set of conditionals: If Israel can deliver an object lesson to the Arab world, the smile will be wiped off the face of Hezbollah’s Sheik Hassan Nasrallah. If Baghdad’s streets can be tamed, then an international conference can be convened and the path ahead can be governed by soft power. If?.?.?.?if?.?.?.?then?.?.?.?then?.?.?.?.

Here in the American Northeast, the birthplace of the great American project, with all its messianic optimism and evangelical zeal, few now accept such reasoning. Instead, around dinner tables and at cookouts on Martha’s Vineyard, Republicans and Democrats alike are thinking that George H. W. Bush was circumspect in his dealings with Israel for good reason, and that Ariel Sharon, ever wary of the Lebanese quagmire and with Gaza on full boil, would have responded to Hezbollah’s provocations with eye-for-an-eye proportion, not massive bombing followed by ground troops. Finally, thoughtful Americans acknowledge that no battlefield in the war against terrorism can or should be subjected to the reductionistic logic of “shock and awe” or “you are either with us or against us.”

In Afghanistan, warlords, religious fundamentalism, and the counter-economies of poppy growing and drug smuggling remain intact. In Iraq, the only “mission accomplished” has been the tilting of that beleaguered country toward sectarian violence and a civil war claiming nearly one hundred people a day. Just as Hezbollah’s Nasrallah has emerged as the new Saladin, so too will these countries produce their own anti-occupation heroes.

Fifty years ago, led by Egypt’s Gamal Abdul Nasser, pan-Arab nationalism directly threatened Israel. Nonetheless, in 1956, the United States forced the young Jewish state to withdraw from Sinai, where it was attempting to create a buffer between itself and Egypt. The purposeful actions of then-president Dwight Eisenhower were based on a simple truth: to gain influence in the Arab world, the US must periodically face down Israel. Then, as now — or else in the Middle East all will go dark. 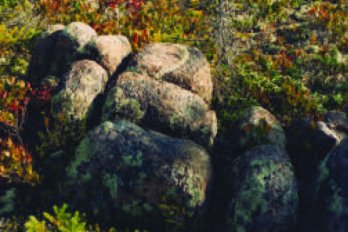 Welcome to Cairo! Where Is Your Wife? 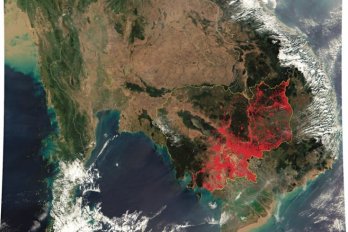 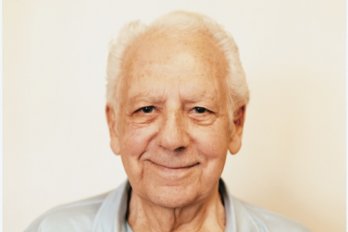