Letters to the Editor: March/April 2021 | The Walrus
Skip to content

In the January/February issue, Max Fawcett wrote about how it’s time to reinvent our vision of the good life—starting with home ownership.

I found Max Fawcett’s essay on the crisis of the middle class well thought out (“How to Save the Middle Class,” January/February), but his uncritical use of the term middle class itself was a problem. Class is one of those essentially contested concepts. Sociologist Max Weber defined it as an axis of social stratification based on wealth; Karl Marx understood it in relational terms: economic outcomes are the results of states operating at the behest of their most powerful members. Fawcett appears to offer a bit of both takes, though his focus on individual consumer choices obscures more than it reveals. Politicians currently focus on middle-class needs because organized working-class political participation has declined sharply. The answer is less about individual actions and more about collective bargaining.

In response to Fawcett’s report on worsening economic conditions for middle-income earners, I would argue that there is not one bloc of middle-class Canadians but two distinct middle classes: private and public. Over the past several decades, the unionization of private-sector workers has declined while public-sector unions have held strong, so the public-sector middle class generally has better working conditions, salaries, benefits, pensions, and job security. I worked as a teacher for many years, a public-sector employee with regular salary increases and a pension indexed to inflation. The various unions to which I belonged led us in strikes in Quebec, Ontario, and British Columbia, and we won concessions each time. My husband, who worked in the private sector, wasn’t so fortunate.

In the January/February issue, Nadine Caron and Danielle Martin wrote about how Canada’s health care system is neither comphrehensive nor equally accessible—and what it would take to reform it.

In “The Myth of Universal Health Care” (January/ February), doctors Nadine Caron and Danielle Martin lay out a compelling vision of post-pandemic medicare. Due to the burden of COVID-19, countries around the world are coping with backlogs and wait lists for care, and proponents of privatization are already using this situation to advance their agenda. The best available research tells a different story: to achieve true universality, including pharmacare, long-term care, and mental health support, we need more public funding, not less. Policy makers and health care practitioners would do well to heed Caron and Martin’s advice.

In the January/February issue, Zoe Heaps Tennant wrote about the decades-long East Coast battle between fishers and the federal government over Mi’kmaw treaty rights.

I was glad to see Zoe Heaps Tennant’s article on the East Coast lobster fishery (“The New Lobster Wars,” January/February) alongside the art of my fellow Qalipu First Nation member Marcus Gosse. As a journalist and host of the podcast Mi’kmaq Matters, I’m all too familiar with the challenges of getting information from Fisheries and Oceans Canada. When a government department can seize lobster traps without laying charges and interfere in a fishery the Supreme Court says is legal, we have a problem. When officials feel they don’t have to answer questions about their conduct, you worry about the rule of law.

I was impressed by Tennant’s article on Mi’kmaw treaty rights and the lobster fishery. Other publications have put out stories on the topic, but Tennant’s work stood out by weaving personal anecdotes with historical context. One quotation in particular, from Mi’kmaw fisher Marilynn-Leigh Francis, stuck with me: she says the Canadian government is “so used to us not having anything that even a little bit of something is too much.” That insight invites so much reflection about what it really means for Canada to limit Indigenous people to a “moderate livelihood.”

“The time has come,” The Walrus said, “to talk of many things.” Send us a letter, an email (letters@thewalrus.ca), or a tweet, or post on this website. Comments may be published in any medium and edited for length, clarity, and accuracy. Mail correspondence to: 411 Richmond St. E., Suite B15, Toronto, Ontario, Canada  M5A 3S5 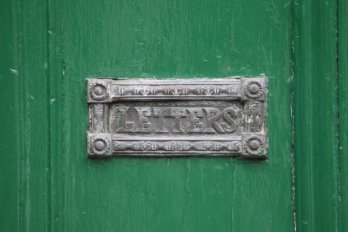