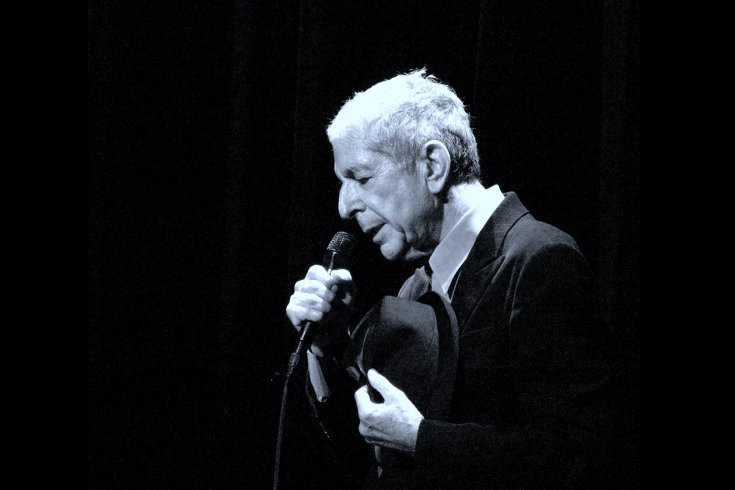 You are executor of the estate of a prominent author, lately deceased. The death may have been sudden or the result of a slow decline. The author might have recently published new work or might have fallen silent years ago. Either way, as executor an essential early task is to check hard drives, desk drawers, and banker boxes for unfinished writing. If you had been close to the departed, you might have a hunch about what you will find.

So begin the decisions about the posthumous work. What should the writer’s last words be? To complicate matters, what if the work unearthed is incomplete or perhaps not very good? Literary history offers plenty of precedents, none conclusive. While J. D. Salinger’s son and widow continue to exert strict control over what is rumoured to be a vault of manuscripts, Ernest Hemingway’s estate has always seemed untroubled about releasing inferior, partial books by Papa. And what if the deceased was spectacularly mistaken about their own literary worth? As executor to Franz Kafka, Max Brod defied his dying friend’s explicit instructions that his unpublished writings be destroyed. Thanks to Brod, we have The Trial and The Castle —and the twentieth century was given a mirror to look at itself.

Leonard Cohen is the rare example of a major artist who managed his own literary exit. The Flame: Poems and Selections from Notebooks, published this October, returns Cohen to print almost two years after his death, at age eighty-two, on November 7, 2016. Edited by academics Robert Faggen and Alexandra Pleshoyano, the book is a mashup of three projects. The first are sixty-three new poems selected by Cohen himself in his final months but composed over a period of decades. The second section offers the original poems that Cohen adapted into song lyrics for his last four albums. As the editors say, careful readers will likely note differences between the various versions.

The third part, “Selections from The Notebooks,” is taken from an epic never-before published project—a lifelong stream of consciousness that is composed of poems and sketches, including multiple wry self-portraits. It was an undertaking with no natural boundaries or shape, aside from the one artificially imposed, ironically enough, by death. Taking up about 100 pages of The Flame, “The Notebooks,” will, for many, be the natural centre of attention.

When an author’s dying directives are unclear or nonexistent, as they often can be, literary executors are forced to make tough calls. Not here. The Flame is the book Cohen wanted to leave behind, and his estate has honoured that wish. But, less than a month before he died, Cohen released what is arguably his musical will and testament, his fourteenth album, You Want It Darker. That he was also, around the same time, actively assembling what turned out to be a posthumous book presents us with the dilemma of two very different final acts needing consideration. Which has the better claim on our attention?

Over the course of a long and singular career, Leonard Cohen pursued various outlets for his creativity, usually all at once. A poet, novelist, visual artist, songwriter, and concert performer, he only really dropped fiction from the mix. Even there, he did so after publishing two novels in the 1960s, The Favourite Game and Beautiful Losers, both scandals in their age and influential afterwards. During one extended period, Cohen, also a Zen Buddhist monk, withdrew for five years to a monastery in California. Shortly thereafter, in his early seventies, he embarked on a now legendary five-year, 387-concert tour of, more or less, the planet. The man had energy and discipline aplenty.

We didn’t, it turns out, know the half of it. As well as the above, Leonard Cohen, we learn in an editorial note to The Flame, kept a journal from his teenage years right up until the last day of his life. Three thousand pages in all, much of it poems and drawings, laid out in his elegant script. In a separate foreword to The Flame, his son, the musician Adam Cohen, relays how essential this project was to his father. “By the early 1990s,” Adam Cohen writes, “there were storage lockers filled with boxes of his notebooks, notebooks containing a life of dedication to the thing that defined the man. Writing,” he adds, “was his reason for being.”

By Adam’s account, “The Notebooks” sound like a diary, one of the least fraught posthumous literary forms. Promising the private individual in real time, they often end up authentic and revelatory in ways that final novels and poetry collections are not. The most celebrated literary diarist of the twentieth century, Anaïs Nin, used her late volumes to fill in details about her life, right up to the end, long after her fiction had faltered. Also, advertised as “life” rather than “art,” diaries are not subjected to the same comparisons with literary work.

But “The Notebooks” aren’t a diary or journal. Based on the sample in The Flame, they are the physical manifestation of a lifelong aesthetic regime from an artist who had to write and draw the way the rest of us have to eat and sleep. An artist, too, who practised his craft constantly, compulsively, and who actually had little interest in revealing his private life, even to his private self. At a glance, “The Notebooks” seem mostly about form, about insisting on the necessary self-control and concentration as a poet. They are about being in the moment and about just being. They are Zen.

For this reason, perhaps, Cohen did not care much about chronology. “The Notebooks” contain no biographical details; poems simply line up against each other, dissolve one to the next, without context or a timeline. Faggen and Pleshoyano explain the reasons for this: “Leonard would often work on the same notebooks over many years with various coloured inks showing the different entries.” He also numbered the volumes “in a system we do not understand.” Cohen did occasionally assign a poem a date or reference a city where he was performing. The self-portraits along the margins were also frequently dated. Based on these hints, much of the selected material is from the 2000s.

Poems in “The Notebooks” retell dreams and elliptical stories and rehearse lines and jokes that eventually ended up in songs or published poems. Cohen was talking to himself, for sure, expressing weariness at the same old personality ticks and tricks, and yearning for release: “I call out your name,” one poem declares, “and I ask to be done / with this burden of heart / with this pride of despair.” Women figure prominently throughout—desire and seduction remained at the forefront of his daily deliberations—as do God and mortality. In fact, women, God, and mortality are bundled: “there was so little to say / all my prophesies / were coming true / I was old / my work was done / Then you began / To undress for me / On Skype / And I had to think / About my life again.”

As well, there are poems as gorgeous as this Song of Songs–infused entry:
Beautiful are the nights in Canaan
How long will you live in my heart,
O homeland
Sleep my darling girl
A girl is expecting her lover
She lies in bed listening
to the train

Given Cohen’s need to revise his poems and lyrics, often for years and years before being satisfied, it is unsettling to read raw fragments composed, apparently, on hotel stationery and cocktail napkins. Additionally, there is the awkwardness of editorial intrusions where his actual handwriting can’t be deciphered. Bringing into public light what was designed to be useful in private shade is tricky. If this sample represents barely 5 percent of the total existing content, what do his executors have on their hands? Going by The Flame, it is likely nothing easy to frame or present as, in and of itself, a natural next literary step. As raw resource, those 3,000 pages could become the foundation for a strikingly original biography, the authorship almost shared between subject and biographer. If presented to the public as tactile art, the notebooks themselves, in particular the drawings, might also make for a compelling museum or gallery show.

That, or Cohen’s keepers could opt to do nothing further with “The Notebooks.” Here is the river that his volcanic creativity and resolute discipline helped replenish most days of his life. Stepping into the current for just a few pages is likely enough for all but the most ardent of fans.

The muted artistic success of The Flame need not carry the burden sometimes placed on posthumous work—of being the author’s legacy claim. Happily, Cohen has a whole other clear path to eternity. It is hard to imagine a time when people won’t be listening to his songs, especially those from You Want It Darker, a record made while he was gravely ill—multiple spine fractures left him immobile and in pain—and released seventeen days before his death.

Plenty of attention has been paid to the quality of the nine songs on Cohen’s last record and to the timing of the album. Less remarked on has been the musical arc of You Want It Darker. Though sombre and hushed, the album is actually all lift and opening out, as though recorded not in his living room in Los Angeles—as was the case—but between earth and sky. The first and final tracks outline this mysterious space. As noted by Pico Iyer in this magazine, on the title song, Cohen sings Kaddish for himself, backed by the liturgical group from the Westmount synagogue of his Montreal youth. “Hineni, Hineni,” he chants with the choir—Hebrew for “here I am.” And then, in case it isn’t clear in which direction his spirit is bound: “I’m ready, my Lord.”

The final track offers a string quartet reprise of “Treaty,” the album’s melodic jewel. Stripped of lyrics and riding the sonic wave of strings, the melody soars. When Cohen’s voice reappears in the closing seconds, a loop of the last stanza of the sung version, he suddenly feels far away. Far away and not coming back—at least not “in the human frame,” as he says elsewhere.

Is this what departure, and death, sound like? To a degree and on a level far deeper than in The Flame—the poems cover almost a half century and the book only offers a tiny coda of last-days literary Cohen—You Want It Darker contains precisely what one dreams of finding in a late work: an account of a great artist’s leave taking, written or composed from astride the grave. “You lose your grip,” he sang on “A Thousand Kisses Deep,” a song from 2001, “and then you slip / into the masterpiece.”

By being so resolute and focused at the very close of his days, Leonard Cohen achieved two things: a masterpiece about the masterpiece he had been preparing to meet and how it might feel, musically at least, to slip into it. That’s a perfect way to say goodbye.

Charles Foran teaches the contemporary Irish novel at the University of Toronto. His new book, Planet Lolita, comes out in May.
X