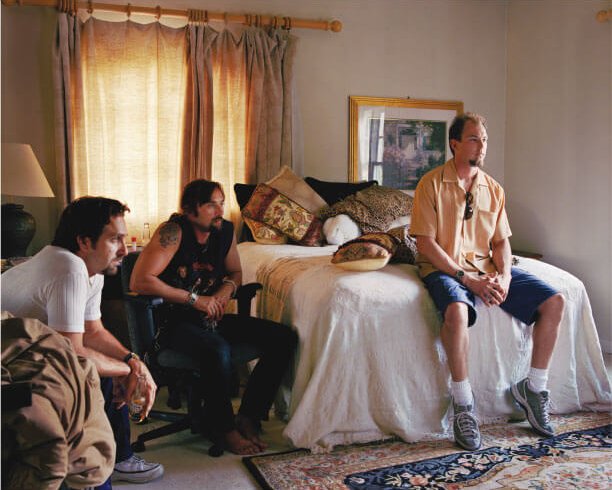 Pornography, it is worth remembering, peeled off its brown-paper wrapping only quite recently. The way it struts through popular culture these days, waving various small flags of faux liberation and a much larger banner bearing a simple dollar sign, you might think it had gone mainstream back in the 1960s, along with the pill. In fact, the porn parade down the boulevards of North American life is about a decade old, and many middle-aged watchers, unschooled in sex.com or Britney Spears, still may not be sure what those raunchy floats and teenaged pole dancers represent. Younger observers, having grown up inside the Internet, and anyone attempting to raise children in the early twenty-first century know all too well.

Ariel Levy began noticing the change several years ago. The author of Female Chauvinist Pigs would switch on her television to find “strippers in pasties explaining how best to lap dance a man to orgasm.” Viewing the film Charlie’s Angels, a hit in the summer of 2000, she would contrast the assertions of its stars that they were presenting strong women with the visual evidence of the actresses dressing on screen in “alternating soft-porn styles.” On the newsstands were fresh examples of the “porny new genre” dubbed the “lad magazine.” Publications such as Maxim, FHM, and Stuff fixated on “greased celebrities in little scraps of fabric humping the floor.”

“Raunch culture,” as Levy calls it, may be hardest on adolescent girls. Blitzed with images of how to be “hot,” young women, already prone to insecurities, have a difficult time distinguishing the fake from the real. Their mothers, at least, could summon an era when the politics of feminism were ascendant. Not so for their new-millennium daughters. “They have never known a time when ‘ho’ wasn’t part of the lexicon,” Levy contends, “when sixteen-year-olds didn’t get breast implants.” Nor do most teens yet possess the sense of irony needed to negotiate a cynical, commerce-driven pop culture. This is their reality, and too often they accept it at its false-face value.

Much of Pornified is devoted to cyber-porn addiction. Paul’s broad focus is on men and boys, by far the biggest junkies. Interviewing American males with names like Harrison, Gabe, and Ian, she learns how obsessive cruising on the Internet wreaks havoc on their conceptions of women and sexuality. They become impatient with their real-life partners and grow numb to the pleasures of conventional sex. “Pornography leaves men desensitized to both outrage and to excitement,” Paul writes, leading to dissatisfaction with the emotional tugs of their own lives. By definition, addicts crave more junk. With cyber-porn those cravings encourage greater expansion of the global “pornotopia”: more gonzo group-sex sites from Russia, wilder teen stuff from Japan. Addiction, Pornified contends, leads cyber-viewers to extreme forms of sexual debasement, which in turn deepens the addiction.

For all its moral outrage, Pornified advocates a tempered “censure-not-censor” response, the aim being to move society away from viewing pornography as “hip and fun and sexy” and toward recognizing it as “harmful, pathetic, and decidedly unsexy.” Here, one suspects, is the Rubicon none of us should seek to cross. What cyber-porn permits isn’t so much boundless tawdry choice and glum stimulation as too effortless an absolution from the reality of what is being observed. Flickering across a million monitors in a hundred countries at this very moment are not tales taken from Debbie Does Dallas or Another White Trash Whore, but images of women and men most of whom are performing lewd sexual acts before a camera because they are poor, damaged, or have been coerced into doing so. It shouldn’t be so easy to ignore this while pleasing ourselves.

In two recent novels, the identity of those shark victims varies according to generational conceptions of how pornography does its damage. Margaret Atwood’s Oryx and Crake offers a traditional portrait of abuse. Porn has supplanted intimacy in the novel’s devastated near-future setting. “Executions were its tragedies,” Atwood writes of this world, “pornography was its romance.” Oryx, first sighted by her would-be lover on a kiddie-porn site, is abused starting at a young age, and her eerily flat recounting of the experience is definitely a clich_ that bears repeating: “Whatever it was, you had to do it, and you did it because you were afraid not to. You did what they told you to do to the men who came, and then sometimes those men did things to you. That was movies.”

“It wasn’t real sex, was it?” her friend asks, clinging to the illusion that maybe no harm is done during these encounters. “It was only acting. Wasn’t it?” To this, Oryx replies: “But Jimmy, you should know. All sex is real.”

Britain’s Helen Walsh’s debut novel, Brass, posits a complex new kind of victim. Millie O’Reilley is a bright but jaded Liverpool university student whose impulses are those of a “female chauvinist pig.” The opening scene alone, where Millie pays for rough lesbian sex with a teen prostitute in a graveyard, is both scandalous and revelatory. This young woman, raised by a professor father in the 1990s, is no more sensitive than the most brutish male. “I manipulate myself hard and selfishly,” she says of the encounter, “the whore becoming nothing but a body. A cunt in a magazine.” Millie admits that she, too, sees females as objects rather than as humans; she sees them “through the eyes of a pornographer.” Though Walsh, who is just twenty-eight, isn’t explicit, her character is offered as both victimizer and victim — a distinctly twenty-first-century casualty of porn.

Mercifully, it is still men’s thoughts, more than their actions, which stumble about in the cave. A father who has suffered a “de-enlightenment” due to a violent assault starts to fantasize about his daughters. (“They’re mine, and I can’t protect them. So why not rend them? Why not rape them?”) A scurrilous journalist wonders about his failures at relationships. (“Each night, as he entered the Borgesian metropolis of electronic pornography — with its infinities, its immortalities — Clint was, in a sense, travelling towards women. But he was also travelling away from them.”) Imagine what would happen, Yellow Dog contends, if such thoughts were let loose as actual acts committed upon actual people. “We get over it,” a porn actress says of the abuse she suffered in childhood. “No you don’t,” she is corrected. “No we don’t,” she concedes. “Obviously.”

There is no end to the obvious damage on parade in extreme pornography, should one wish to acknowledge it. Nor is that extremity difficult to find, thanks largely to the Internet. But even if one grants that a pornographic sensibility has gained a degree of mainstream acceptance in society, is there actual evidence of a slippery slope of collective harm? When the Supreme Court of Canada ruled in favour of legalizing sex clubs in December, it declared that there was no sign that “the sexual conduct at issue harmed individuals or society.” Dissenters to the ruling, including the editorial writers of the Globe and Mail, argued back that the courts should be used to discourage activities that “offend community standards.” The paper also decided that waiting until there is a clear indication that indecency is sliding into depravity is waiting, in effect, until it is too late. But a consensus about “community standards” may no longer be available. Sex remains a moral issue for most adults, but not in the way it once was. The movement has been away from the morality of sex itself — no pre-marital sex, the proscription of homosexuality — to the issue of harm: people shouldn’t be getting off on the acts of those who are themselves traumatized and are being traumatized by what they are doing. Maybe terms like “obscene” and “pornographic” have lost their nuance. Words such as “dangerous” and “humanly disastrous” might be more to the point.