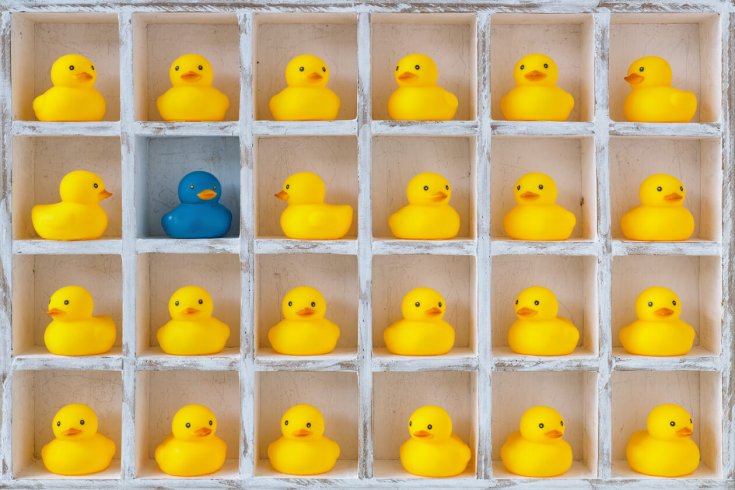 Early in July, hours after an awkward meeting with Ontario’s new premier Doug Ford, Prime Minister Justin Trudeau denounced “populism” before a crowd of supporters at a rally in Brampton. Associating the political phenomenon with the federal Conservative Party under Andrew Scheer, Trudeau sought to contrast a divisive style of campaigning with a more “inclusive” vision that refuses to “create wedges within communities and across communities.” Apart from being a fairly typical Trudeau-ean rhetorical flourish, the prime minister’s singling out of populism reflected the term’s growing currency within contemporary political discourse.

Used since the nineteenth century to describe “a bewildering variety of phenomena” (according to political theorist Margaret Canovan) the label “populist” has been having quite a renaissance—applied with reckless abandon as a lazy shorthand for anyone or anything that stands in opposition to the ideas, institutions, or norms that bind together the liberal democratic consensus: Trump; European antiausterity parties like Spain’s Podemos; partisans for Brexit and other euroskeptics; Italy’s ideologically nebulous Five Star Movement; the nativist far-right in countries like France, Hungary, and Germany; democratic socialists like Bernie Sanders or the UK’s leader of the opposition, Jeremy Corbyn; civil-society formations like Occupy Wall Street; and politicians like Kellie Leitch, Kevin O’Leary, and Doug Ford. (Most recently, while still a candidate, Mexico’s new president-elect, Andrés Manuel López Obrador, was assigned the label by comedian John Oliver who credited him with tapping “into populist anger” before comparing him to both Sanders and Trump.)

Despite its widespread and often belaboured usage, the precise definition of populism remains somewhat elusive, and its actual meaning is, at best, confused—a problem, surely, for a phenomenon that is supposedly everywhere and often referred to as a threat. Applied to right or left, at least in a mainstream context, populist tends to be a pejorative label: it connotes a politics deemed to be polarizing, outsider, and antiestablishment. But beyond that, its actual meaning often becomes obscure or simply incoherent in telling us anything much about the subject being described—a redundant adjective arbitrarily affixed to a noun.

This can have very real implications that go beyond innocent confusion for anyone trying to follow or make meaningful sense out of politics. For one thing, the label’s almost uniformly negative connotation has created a parochial shorthand by which any serious critic of the status quo can be summarily dismissed regardless of their actual analysis or their ultimate political demands (whether you favour them or not, calls for tuition-free universities or universal social programs are categorically not equivalent to closed borders or fear-mongering about immigration). For another, it often has a way of needlessly glamorizing political behaviour that is, in fact, quite traditional. Is Doug Ford, for example, really a populist or is he just the scion of an entrenched political dynasty who’s cavalier with the truth and likes to say “folks” so much that people forget he’s a multimillionaire? Let’s avoid ascribing some ethereal mystique to good old-fashioned political posturing or demagogy. But finally, and most straightforwardly, incoherence is generally harmful for democracy—when people go to vote, we presumably would like them to have some idea of what they’re actually voting for, and not all populisms are created equal.

What exactly, after all, do the various political figures and tendencies cited above actually have in common? Not much, it turns out, when we factor in their varying objectives, values, and motives. Some populists are propelled by exclusionary ethnic nationalism, and others by opposition to cuts in public spending; some target corporate oligarchy; others stoke fear about pluralism and immigration; some are simply truculent toward the media, temperamentally unpredictable, or rhetorically opposed to elites.

Which is to say, in its contemporary usage, populism seems to be more of a floating signifier than something that usefully connotes a specific ideology, tendency, or political project. True, antiestablishment posture seems a common thread in these examples. But establishment and elites are themselves quite mutable terms and refer to completely different groups and institutions depending on who you ask. Are “elites” and members of the “establishment” state bureaucrats? Academics? The media? Corporate CEOs? People who prefer a glass of sherry to a pint of beer or happen to live in a major metropolitan area near the coast? The various individuals, parties, and movements cited above would likely offer very different answers.

What about “outsider” status? Again, the framing arguably applies, but in relation to what? Donald Trump, for example, was, in a sense, an outsider to the Republican Party, but he was hardly some obscure figure languishing on the fringes of American public life. Populists can also turn out to be a long-serving political figure, like Corbyn or Sanders, whose outsider status is earned by way of frequent conflicts with their colleagues in the mainstream or whose political temperaments are deemed to be outside the norms established by the more polished, photogenic, and scripted.

And how about polarization (or “divisiveness,” in Trudeau’s formulation)? Once again, the term is arguably applicable in relation to each of these “populisms”—all, in their own ways, divisive—but what the polarities themselves actually are turns out to be wildly different. In some cases, these polarities correspond to questions of race, citizenship, and national identity (“real” members of the national community versus “illegals,” for example); in others, to economic schisms (the “1 percent” versus the “99 percent”); and in others to an implied, though far vaguer, division between “the people” and “the elite.”

At best, then, populism seems to connote a style that is practiced by people considered to be outsiders (in a variety of senses, some of them more or less aesthetic), deliberately polarizing (though in different ways), and at odds with the existing political consensus (for wildly different ideological reasons). When we get down to brass tacks, in other words, it sounds an awful lot like what we’re discussing is still, ultimately, concerned with familiar lines of division between left and right and less with some enigmatic new phenomenon.

Reactions to Ontario’s recent election and its new premier—both of which have predictably inspired numerous meditations on the subject of populism—offer an interesting case study in the uses and perils of the term as a political descriptor. Doug Ford has been widely labelled a populist. But the extent to which his leadership represents an ideological break from the last PC leader to contest an election in Ontario is far from obvious. Tim Hudak might not have styled himself the same way, but his 2014 campaign was similarly erected around the themes of out-of-control government spending; a bloated, supposedly intrusive provincial bureaucracy; and the need to cut taxes (he even had his own “buck-a-beer” moment!). As with Ford’s PCs, the spectre of social conservatism hung over his campaigns (though he managed and weaponized it with far less political skill).

No, what primarily makes Ford a populist in the eyes of observers and voters alike has more to do with rhetoric and how he personally fashions himself—his combative temperament, his use of words like “people” and “elites,” his performative folksiness—than with any new political project. The same might be said of the Trump phenomenon, which is also frequently discussed as if it were something altogether distinct from a more respectable, ideologically consistent, traditionalist conservatism. Again, it would be difficult to dispute the novelty of Trump’s personal style or the unhinged brazenness of his rhetoric, but that is precisely the point: it’s primarily a style we’re discussing here rather than a distinctive political ideology.

Since at least the late 1970s, the basic premise of conservatism throughout the Western world has been that activist government—and its assorted pillars from Keynesianism to progressive taxation to the welfare state—unacceptably restricts the market and should be reduced or refashioned along market-inspired lines. This current of thinking has often been aligned with a cultural politics that claims to champion ordinary people, is hostile to social change, is skeptical of pluralism, and promotes a more homogenous national identity—something often pursued by invoking a lost greatness (Ronald Reagan’s use of the slogan “make America great again” presaged Trump’s by more than three decades).

True, these ideas don’t apply uniformly across different conservative movements—conservatism is not an ideological monolith. But these basic contours have informed, and will continue to inform, the politics of the right in varying degrees for the foreseeable future, the currency of populism notwithstanding. (The same, of course, could be said the left and its own, quite different, animating themes.)

As fashionable as it has become, then, the populist label may only be useful in a broad, aesthetic sense, and even then its value may be limited. Unhelpfully, it often grafts an aura of novelty on to well-worn ideological divides and, in the process, puts completely disparate politicians and movements into the same box. In trying to interpret various movements of the left and right, let us stop conflating a political style with a distinctive ideology.

Luke Savage is a writer and blogger based in Toronto. His writing has appeared in Jacobin Magazine, The Guardian, Canadaland, Maisonneuve, The Tyee, Now Magazine, Current Affairs, and on CBC Radio.