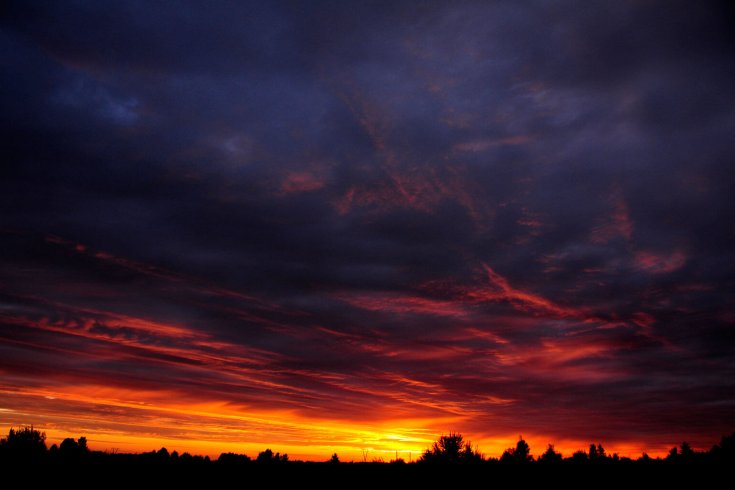 Today, January 26, for the twenty-second time in history, the timepiece that monitors how close we are to extinction will be adjusted. At 1:30 p.m. (EST), we will be reminded once again, no matter how briefly, that end times are not just a fundamentalist’s wet dream but a palpable possibility.

The entire time I have been alive, that most of us have been alive, has been spent in the shadow of Armageddon, on the eve of destruction, listening consciously or unconsciously to the tick-tock of the Doomsday Clock. It is a steady rhythm, whispering, sometimes yelling urgently, pay attention.

It was imagined as a one-off by an artist connected via marriage to the Bulletin of Atomic Scientists, the peacenik group founded in Pugwash, Nova Scotia, by some of the same folks who brought us nuclear power, nuclear weapons, and the first glimmer of planetary destruction. The metaphor has stayed with us in ways its creators never envisaged.

The clock made its first appearance in 1947 in the group’s magazine with the minute hand set at five to midnight. It is a compelling image, graphically grabbing our attention and screaming “See how close we are to being wiped out.” It has the essence of revelations mixed with a hint of existentialist dread, just the right combination to transform you into either a whimpering mass of fear or a stalwart citizen mounting the barricades screaming into the air “Someone do something!”

Doomsday literally means the day the world ends and for most of the clock’s sixty-nine-year history the nuclear scientists responsible for alarming us repeatedly were convinced that The Apocalypse would emerge out of a battle no one could win, a mutually assured destruction, with the unleashing of whole arsenals of nuclear weapons. So many weapons in fact that even the generals admitted that the arms race had descended into nothing but a competition to see how high we could make the rubble bounce.

In 1953, the year I was born, the clock was moved closest to midnight, two minutes to midnight. The timekeepers explained—blamed, actually—the shift on the American decision to develop the hydrogen bomb. The furthest from midnight the clock has ever been was in 1991 when it jumped back to seventeen minutes to, after the collapse of the Soviet Union, the end to the Cold War, and the US and Russia agreeing to start dismantling their arsenals of death.

On the clock’s sixtieth anniversary, in 2007, the Time Lords decided that, being the ingenious beings we were, we had managed to come up with a host of means for destroying humanity and the planet: climate change, superbugs, automated weapons systems, and, of course the old stand by, nuclear weapons. So calculating how close we were to pulling our collective plug became more complicated, a form of tai chi, balancing out with some degree of precision whether death would be by fire, ice, or at the cold hard metal hands of a Terminator.

The odds are even this year as to whether we have moved a bit away from certain destruction or closer to our final destiny. Last year did see agreement on a climate change abatement plan, though the sceptics believe it was too little too late. On the other hand the number of nuclear players seems to be growing, the nuclear arsenals of the main players are being refurbished, made modern, and more lethal, and the number of hotspots of armed conflict are increasing. The real worry is that before we can fry the planet we’ll stumble unintentionally into a world conflict where the question of a nuclear exchange is more about when than whether.

The true horror of the clock and its message of impending doom lies in the real uncertainty about who can best move the hands back. Periodically ordinary people feel they can change the world, that if they band together they can alter the course of time, so to speak. We know the images well, thousands, tens of thousands marching in the streets of London, Paris, Berlin, New York, and Vancouver. Banners held high proclaiming certain doom if we don’t act now. I was in those marches but it was the early eighties and our true dread was the seeming certainty of nuclear annihilation. I did the whole nine yards. I was the Canadian Pugwash Delegate to a conference in Bulgaria on the role of small nations in the preservation of world peace. For nine days we listened to the Soviet and American delegations, by far the largest of all the nations present, lecture us on how to act in a bi-polar political world. We were convinced to the point of messianic certainty that if we didn’t act now then, in the words of Nikita Khrushchev, “the living would envy the dead.” I returned home convinced that something needed to be done. We marched as if our lives depended on it. We stopped marching because we thought a deal had been done and the threat was abetting.

Watching the climate change marches last fall I felt a sense of déjà vu, a sense of envy, a sense of been there done that. I couldn’t help but wonder when the marchers might decide, “Well that’s accomplished. What’s next?” Recently, I took part in a quick Facebook survey that asked what our favourite doomsday scenario might be. I was the only one who mentioned nuclear Armageddon. The others weren’t optimistic about humanity’s chances; they just thought we’d be done through other means.

Ever since Thomas More invented the idea 500 years ago, great minds and great writers wrestled with the challenge of creating utopias. In the twentieth and twenty-first centuries we imagine dystopia after dystopia. Where once we were driven by optimism, we are now bedevilled by pessimism. The Doomsday Clock is analogous to a phone app that we keep tapping to pause the alarm, no real wake up, no real sleep, just a continuing postponing of the inevitable.