Is Fast Fashion Finally Out of Style? | The Walrus
Skip to content

Before COVID-19 shuttered retailers across the country, Montreal-based shoe brand Maguire was selling dozens of pairs of buttery leather heels each day. But, with office goers stuck at home and events cancelled for the foreseeable future, those sales have since come to a halt. “I’ve barely sold a pair of heels in almost two months,” says co-founder Myriam Maguire.

Boots, however, tell a different story. In a regular year, half of Maguire’s sales come from winter footwear. Since the start of the pandemic, the company has seen a 25 percent increase in boot sales alone. Popular styles—“Rachel” and “Cortina,” both lined with sheepskin—have already sold out multiple times. Instead of restocking once, as Maguire normally does, she’s placed seven reorders with her suppliers.

Outerwear has always been ingrained in Canadian identity, but investing in high-quality items hasn’t necessarily been top of mind—especially for city dwellers. During past winters, when the bulk of socializing took place in cozy bars, restaurants, or our living rooms, it was a lot easier to get away with wearing a pea coat and a pair of unlined boots. Now that our lives and sources of entertainment have moved outdoors, we’re starting to rethink the way we dress—both in terms of functionality and sustainability.

Since the start of winter, Toronto-based outerwear company Wuxly has been sharing photos of snow-covered trails on Instagram, reminding Canadians that “outside is still open!” Beatrix Eng, Wuxly’s PR and communications manager, says that the performance factor of winter wear is now a huge priority for shoppers. “If you don’t have a durable winter coat that will actually protect you from the elements, you’re not going to be outside for very long,” she says. “People are looking for an investment piece and not necessarily looking for trends. They want something that they can wear for a very, very long time.”

As interest in made-in-Canada boutique retailers grows, the world of fast fashion has, inadvertently, been brought to a reckoning. According to consulting firm McKinsey & Company’s The State of Fashion 2021 report, the global sector predicted an estimated 93 percent drop in profit in 2020 compared with the year prior, and brands with massive retail footprints have permanently closed down many of their bricks-and-mortar stores. Just two months into the pandemic, Aldo filed for bankruptcy protection and, in an attempt to trim some of its debt, will close more than 40 percent of its Canadian locations. Like those of so many other multinational companies, most of Aldo’s products are produced offshore (mainly in China). When malls closed down, revenue plummeted and the cost of paying retail rent became too much.

At the same time, the overseas factories that supply single-season clothes to fast-fashion chains lost billions of dollars through cancelled orders and unpaid contracts—despite the fact that many of the items were already made and ready to be sold. An accountability campaign called #PayUp demanded that major players in the corporate world—including Lululemon, H&M, and Zara—settle their debts so workers could be paid their wages. As more of those big-box stores closed down, it seemed like people were finally starting to pay attention to where their clothing was coming from. Now, changing appetites threaten the very foundation fast-fashion brands are built on, and homegrown designers have everything to gain.

According to Toronto stylist and creative consultant Elaine Jyll Regio, Canadians have altered their consumer habits over the past year: we’re buying less, we’re becoming more conscious of brands and their manufacturing practices, and as a result, we’re more willing to spend on quality items. The 2020 Conscious Fashion Report by online retailer Lyst notes that, since the beginning of last year, there has been a 37 percent increase in searches related to sustainable clothing. “When you’re producing something locally and selling locally, you have better control over how your product impacts the community and environment,” Regio says.

Maguire, which was founded by sisters Myriam and Romy Maguire in 2016, is upfront about where and how its shoes are made. It lists “transparency pricing” on its website, which breaks down the prices of materials, manufacturing, shipping, and the company’s own overhead. Unlike larger brands that produce mass quantities of products that often need to be ordered months in advance, Maguire orders smaller batches of its designs each season from factories in Italy, Spain, Portugal, and Canada. Its business model not only helped prevent excess stock during last year’s lockdowns but also allowed it to quickly pivot once the pandemic hit and consumer desires shifted.

Premium winter-jacket brand Quartz Co, whose designs start at $700, found itself in a similar situation. The company was largely business-to-business, selling wholesale from Quebec to retailers in places like France, Germany, and Japan. Last year, it quickly changed gears to focus on selling directly to consumers, focusing the majority of its marketing budget on Canadian customers. Francis Guindon, Quartz Co’s head of marketing, says that, since most people can’t travel right now, they have more disposable income. “[They think], ‘What should I do? I’m stuck in my place with my family and it’s winter. Everything is closed, so we’re going to go outside and play and do outdoor sports,’” he says. “The winter-jacket industry is a good place to be in right now.”

The fact that Quartz Co makes all its products in Canada is both a selling point and a logistical benefit when trying to run a business during a pandemic. Manufacturing locally, Guindon says, has helped avoid any production bottlenecks and has given the company more ability to ensure that all of its products are up to standard.

According to Guindon, not only has Quartz Co seen an increase in jackets sales but customers also started shopping for winter gear earlier in the season than in years prior. Last fall, to keep up with demand, Quartz Co opened its first retail space, in Montreal, where customers could prebook shopping appointments to comply with social-distancing regulations. “It was a big exercise of rethinking the way we’re doing business,” says Guindon. “The wholesale part of it still is super important . . . but the direct-to-consumer side is a new thing for us, and it’s working really well. I think people understand more now that buying locally is not just about helping your neighbour. It’s like: you actually have to do this to make sure your country is doing well.”

Of course, the price point of made-in-Canada goods—especially higher-end ones—is not accessible to everyone. That is especially true for the more than 60,000 Canadians who lost their jobs last December alone. But the consumer desire to buy local is poised to grow as the economy rebounds. It’s a trend we’ve already started to see in the past few months as a handful of new local fashion companies—like Toronto-based loungewear brand Body of Work and sustainable mask line Gotcha Covered—have opened for business. According to a November survey by the Retail Council of Canada, 90 percent of Canadians acknowledge the importance of buying from local retailers.

Regio says she doesn’t see a quick return—even after stores reopen—to frivolous spending on fast fashion. “How we dress reflects, internally, how we feel,” says Regio, adding that, right now, we’re craving things that make us feel warm and comfortable to help us cope with the changes brought about by COVID-19. Some of those changes have been undeniably challenging, but others, like the recalibration of our shopping habits, could benefit the local retail landscape for years to come.

Back at Maguire, Myriam has noticed that people are buying less. It may seem counterintuitive, but it has worked in her favour. “People have realized that they don’t need to buy five or ten pairs of shoes a year,” she says. “They prefer to [support] companies that produce better quality and have realized that, with their money, they have power.” 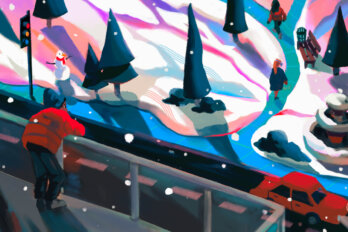 How Parks Got Us Through a Tough Winter 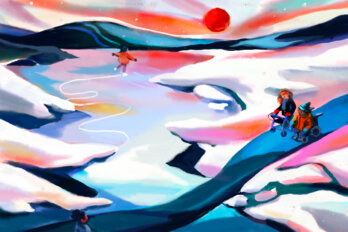 Will COVID-19 Change How We Think about Disability? 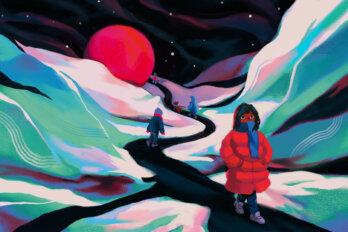 Having a Miserable Winter? Go for a Walk