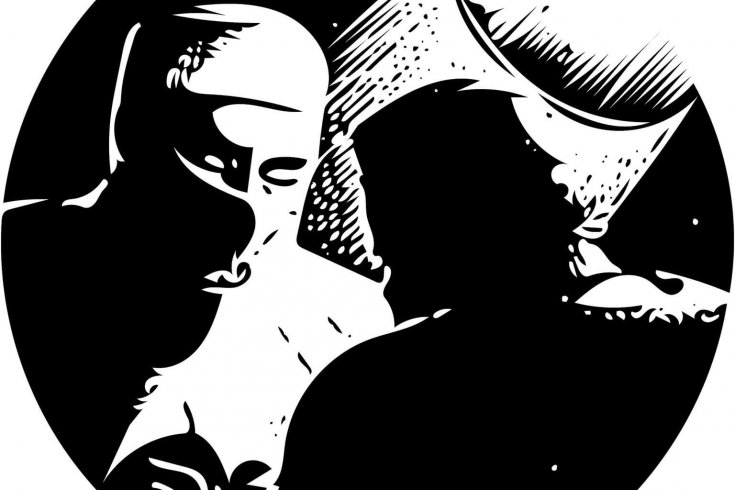 Though this movement was started by female professionals fighting back against sexism, I see many of the same frustrations among doctors who aren’t white. Even in the field of global health, which should be broadly reflective of the community of nations, colonial narratives and old stereotypes persist. In the West, such stereotypes negatively affect the careers of minority doctors. And in the developing world, barriers to surgical training have life-and-death ramifications.

For me, the problem is symbolized by one face—that of a young Malagasy girl who I will call Anja, her soft features distorted with pain. I wonder what she would be doing if she were alive today.

It was the start of the dry season in Madagascar. As a Canadian medical student, I had done my research: I chose to spend two months in a reputable hospital with excellent supervision and staff who had dedicated their lives to serving the poor. Still, every day I witnessed the tragedy of limited resources and geographic isolation. A young woman whose four-day pedestrian journey to hospital had left her with a stillborn baby and a fistula. A child with an infected heart valve for whom the appropriate antibiotics were too expensive (and, in this part of the world, likely unavailable at any price), let alone a consultation with a cardiac surgeon. But Anja, I thought, we would save.

Unlike many sick children in the poorest parts of the world, Anja made it to a hospital. Her family brought her in on a stretcher of rice sacks suspended between bamboo poles. Sweat poured down her face. Her abdomen was rigid. Suspecting typhoid, which still infects 12 million people in low- and middle-income countries each year, we gave her fluids and antibiotics, then brought her to the operating room. We administered anesthetic and made our incision. All with no anesthesiologist, because none was available. When we had finished, the surgeon removed her breathing tube, she developed a rash, lost her airway, and died of anaphylaxis despite our every effort to resuscitate her. She was the oldest in her family, and her parents had high hopes for her future.

According to the Lancet Commission on Global Surgery, 5 billion people cannot access or cannot afford safe, timely surgical care. Of all deaths worldwide in 2010, one in three, or 16.9 million, were due to conditions treatable with surgery. In the world’s operating-room logbook, 143 million surgeries are missing each year. Our global community of surgeons, anesthetists, and obstetricians will need to grow by at least 1.27 million over the next fifteen years to accommodate the world’s surgical needs.

Despite the fact that surgery is highly cost-effective, and the economic cost-benefit ratio favours a massive scale-up of surgery, major deficits remain. Only 12 percent of the global surgical workforce cares for all of Africa and Southeast Asia, an area inhabited by a full third of humanity. In Madagascar, for instance, there are estimated to be only 139 surgeons, anesthetists, and obstetricians for almost 23 million people. This equates to 0.6 providers per 100,000 people, a number far short of the twenty required to meet the country’s needs.

After Anja’s death, I continued numbly with my work at the hospital. I replayed events in my head, developing a list of who or what could have saved her, from a trained anesthesiologist, to a surgical checklist, to a reliable pulse oximeter. The system had failed her; we had failed her; I felt like a fraud. I had wanted to pursue a career in surgery, and now I wasn’t so sure. I worried I wasn’t skilled enough, smart enough, aggressive enough, or dedicated enough. I feared that I didn’t look or act like a surgeon. I certainly didn’t feel like one.

I still have the scrubs from the first operation in which I ever participated, two years before I arrived in Madagascar. It was a breast surgery in Montreal. I loved it. I met the patient before her operation; she was scared. Her surgeon, my mentor, put her at ease. An hour later, the woman’s cancer was gone.

But there is a blight on the memory. When I told the inquiring anesthesiologist that I wanted to pursue a career in surgery, she said, “You don’t have any delusions of having a life, do you? Because you won’t.” Perhaps this was meant as friendly advice about the long hours required in this field (and they are punishly long). But it felt like a punch to the gut. Over the next two years, I was told that I didn’t have the personality for surgery, that I wouldn’t be able to handle the stress, that I didn’t want it badly enough.

Once, a surgical fellow with whom I was working was called in to do a kidney transplant on the day of his wedding. I had seen work commitments rip apart my nuclear family. Were the sacrifices worth the sense of satisfaction I derived from correctly executing an important operation?

Thus was born the fear that both motivates and destroys surgical trainees—the fear of not being sufficiently hardcore.

This is a common experience for everyone in my field. But it is worse for foreign medical graduates, visible minorities, and women, who must also deal with an often unwelcoming or unaccommodating work environment. Resident physicians who completed medical school in other countries are more than twice as likely to feel inadequate despite evidence suggesting their skills are equivalent. Black physicians in residency often face micro-aggressions and outright discrimination from both patients and colleagues. In some cases, they are ignored by senior staff, called names by patients, mistaken for custodial staff, or held to a different standard.

In the worst cases, this can lead to job attrition, or outright dismissal from their training programs. Surgery, in particular, is still perceived as a male-dominated area of medicine, and unfriendly to anyone raising children. Data from the United States show that non-white women surgeons earn far less money than their white counterparts, and both earn less than men.

This is unacceptable. To promote a healthy, diverse workforce, these issues must be addressed by medical schools, residency program directors, hospital leadership, and surgical colleges. The women and visible minorities who choose to join the surgical workforce often cite caring mentors as being critical to this decision.

After Anja’s death, I was drawn back into the surgical fold by a non-white woman surgeon. A dynamic leader, a technical wizard in the operating room, and a caring physician, her encouraging words have buoyed me through many a setback. She told me that she believed in me, and she modeled a life that I would want to lead. Despite being one of the highest-volume liver and pancreas surgeons in Canada, she had time for her family.

While training contexts and professional resources vary among continents, we resident physicians share many common experiences. Surgical residents at Groote Schuur Hospital in South Africa, for example, spend an average of 105 hours per week in the hospital. These conditions are guaranteed to repel many qualified candidates. In a Nigerian study of specialty preferences among hospital interns, those avoiding surgery most commonly did so because of the perceived stress of the job and because of future family plans. Among the survey’s respondents, no married interns—and four times fewer women than men—considered a surgical career.

Of course, surgical training always will be tough: It’s not for everyone. The process of training individuals to cut safely—to remove the cancer, to fix the hernia, to get the baby out—should engender careful self-exploration and the humility that comes from a measure of self-doubt. The standards must be kept high. But to maintain these rigorous standards while also recruiting enough surgeons, anesthesiologists, and obstetricians to satisfy the world’s growing demands for surgical care, we must do more to engage, encourage, and accommodate every corner of the global talent pool. Without a diverse, inclusive global surgical workforce, we will continue to lose millions of lives to preventable causes. The economic stakes are high, too: Over the next fifteen years, an estimated $20.7 trillion (US) in economic output will be squandered due to surgical disease if we do nothing.

In a re-imagined future, Anja has survived. The hospital had an anesthesiologist who noted her low blood pressure before removing her breathing tube, and safely treated her anaphylaxis. Anja goes on to defy custom by attending secondary school. She wins a scholarship to attend the local university. She volunteers at the hospital, and, encouraged by the doctors, she decides to attend medical school in the capital city, Antananarivo. She is offered a surgical residency position in East Africa, which she accepts after flatly rejecting warnings from her friends that this is beyond her capacity.

Training was tough, and she wanted to quit more than once, but a tenacious mentor wouldn’t let her. She joins the group Women In Surgery Africa. After a tough emergency case, she looks in the mirror and smiles, her eyes wrinkling below her scrub cap in testament to her journey. She looks like the surgeon she dreamed she would become.