In Defence of Hate | The Walrus
Skip to content 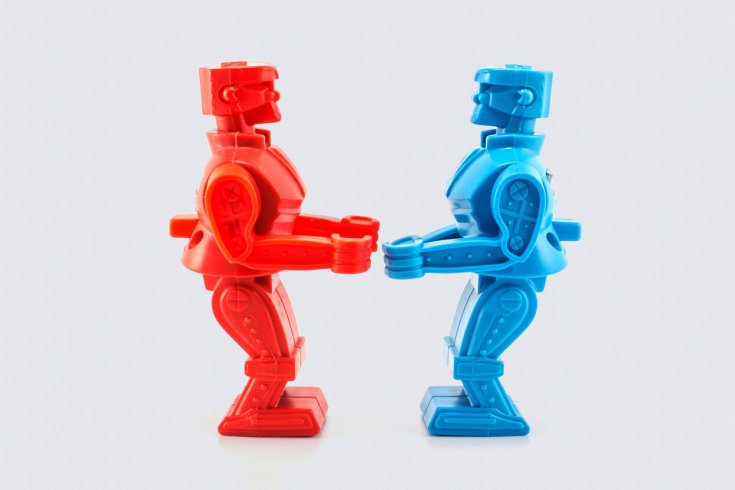 We have forgotten how to hate.

This may seem like a counterintuitive—or even gallingly stupid—assertion in a world rocked by partisan political infighting, by global-scale ideological conflict, and by a renewed activity in formalized hate groups. Indeed, in 2018, the Alabama-based Southern Poverty Law Center reported that the number of hate groups in the United States has swelled by 20 percent since 2014. On the face of things, the problem would not seem to be too little hate but far too much of it. Hate is a boom industry.

So let me clarify: we have forgotten how to hate well. We have forgotten how to hate rigorously and virtuously. This is, I believe, because we have forgotten how to distinguish between hate’s negative and positive iterations. In the former camp is racial hatred, religious hatred, and other forms of intense, frothing, violent dislike inflamed by malformed ideological doctrines and blind prejudices. The latter, more productive, form of hating is conceived as a form of rigorous, ruthless critique. Anger, says my therapist, inadvertently summoning the spirit of ex–Sex Pistols/Public Image Limited singer John Lydon, is an energy. And this energy can be productively harnessed.

In contemporary political and cultural discourse—as in ancient, Manichaean, yin-yang conceptions—the opposite, and antidote, to hatred is love. “Love trumps hate,” beamed a light-up banner brandished outside Trump Tower in the days following the 2016 US presidential election. But such a proclamation betrays its own animosity. There is no meaningful, Christian-style charity in calling someone hater and bullying them into accepting an (insincere) doctrine of love. There is only a different kind of hatred and anger, which disingenuously hides behind the prettified verbiage of love. It is a hollow love, drained of purpose. And love without power and purpose, to paraphrase Martin Luther King, is facile, anemic, and (worse) cloyingly sentimental. The proper curative to blind, contorted, utterly useless hatred is not love but a better hate.

This is especially true in the realm of cultural and production and reception, which has been wrapped in a coddling security blanket of agreeability. If we’re constantly leaned on by the gentle pressure to nod and smile and agree upon the ever-expanding constellations of cultural consumption and appreciation, then disagreeability, scowling, and shaking one’s head feels urgent and even necessary. Our culture seems largely defined by either an overstated performance of enthusiasm or a painfully convoluted different kind of enthusiasm. Take so-called think pieces, like “Why Game of Thrones Is about Single Payer Healthcare.” That’s a lot of effort going into intellectualizing something because it’s popular. But where is the conversation on whether something is even any good?

In this environment, being smug, annoying, and contrarian strikes me as having an inherent virtue. Hatred needn’t be just the formless, frothing resentment toward something. (Though, yes, it certainly can be, and often is, that.) Hatred can work as a corrective, a way of clarifying and refining a more profound love for a thing—like pruning the tatty, dead leaves from an otherwise beautiful flower.

“Devil’s advocate.” I’m sure we’ve all heard the phrase before—perhaps most recently (and more often of late) employed by some tertiary acquaintance in a fedora trying to bogusly undermine a conversation about political correctness. But the term has its origins in the Counter-Reformation Roman Catholic Church.

While references in existent Vatican literature date back as far as Pope Leo X (1513–1521), the position was formally enshrined by Sixtus V during his relatively short stint as pope, from 1585–1590. The actual technical term for this role was promoter fidei (promoter of the faith), but it was colloquially known as advocatus diaboli, or devil’s advocate. It’s not really an official posting within the organizational structure of the Catholic Church anymore; the job was drastically revised under the rule of Pope John Paul II in the late 1970s. Still, the Church may, from time to time, summon people to support the role. (Christopher Hitchens, for instance was actually retained in 2002 to sportingly speak against the canonization of Mother Teresa.)

They’d attempt to poke holes in the would-be canon saint’s character, cast a chary eye on the legitimacy of their miracles (proceeding, of course, from the belief that there can be wholly legitimate, nonfraudulent miracles), and generally play the part of the Church’s Official Skeptic. They’d square off against the advocatus Dei (that’s “God’s advocate,” as you have likely guessed), who was arguing in favor of canonization, of miracles, and of the unimpeachable saintliness of the person in question.

The devil’s advocate would mount a case against the prospective saint. And not necessarily because they detested the person or even thought them unworthy of sainthood. (Though Hitchens, for what it’s worth, was genuinely unimpressed with Mother Teresa, calling her an “ally of the status quo” who essentially exploited the wretched and suffering she professed to help, all to the end of expanding the profile of the Roman Catholic Church.) Generally speaking, the aim was to perfect the case for sainthood, to ensure that the given individual was free from damning blemishes.

In all this, the devil’s advocate is not a doubter but a promoter of the faith. Even the twin titles speak to the dialectic interplay between hatred and love, antagonism and advocacy. While ultimately contrarian, political, and even more than a bit disagreeable, they are so by design. At the end of the day, the devil’s advocate—when operating under the auspices of honesty and clarity, which is certainly not always the case, especially now—can be a force of good.

I am sometimes overwhelmed by pessimism at the prospect that—despite the best efforts of critics and scholars to insist otherwise—criticism, however ruthless, cannot actually change the material reality of social and political life.

The “revolutionary” or even plain “political” potential of art and entertainment has pretty much never, ever translated into actual, real-world revolutionary or political change. Art can be provocative or reflective, but can it be actually, manifestly transformative? It’s a hard case to make without playing the proverbial Pollyanna, coming off totally naive or, worse, like an aspiring artist pleading their case before a grants commission. Let’s imagine a starving man begging for food. It no more makes sense to wax philosophic on his condition than it does to hand him a copy of some Rimbaud poems and say, “Here. This’ll help.”

This misgiving is further compounded in the wake of recent goings-on, like the UK’s Brexit vote and America’s election of President Donald Trump. Any belief that a thorough, hypercritical, left-progressive cultural politics might lead to a comparable conventional politics (i.e., voting, legislation, etc.) was effectively sucked into the black hole of political darkness that resulted from the reemergence of a renewed conspiratorial, populist, ethno-nationalist politics.

Put even more bluntly, and despairingly: Why should we believe in the ability of art or culture to reshape politics and society when such a reshaping has literally never happened? Why be ruthlessly critical and productively contrary when doing so often proves historically defeatist and defeating?

The obvious, empowering answer, the one that’s meant to get piss and vinegar pumping through the veins, is that such a stance is fundamentally noble. In July 2000, the Palestinian American scholar and critic Edward Said was travelling through Lebanon with his family. While there, he took part in a protest against the state of Israel, joining fellow Arab protesters in lobbing rocks across the Lebanon-Israel border, in the general direction of Israeli border-security guards stationed at a nearby gatehouse. Given the distance of the gatehouse, there was little threat that any of the stones would do any damage. The protest was purely symbolic. Said described throwing the stone as a “gesture of joy.” Like hurling a rock at some guards you stand no chance of hitting, a critical disposition may be valuable precisely because it is pointless—because it suggests a self-ennoblement and uprightness against a culture that slouches onward. Quite simply: the contrarian, the curmudgeon, the hater rejects consensus, sloppy thinking, and the debasement of principles because it is the right thing to do. And that rectitude can be, in a world of winnowing possibility, nourishing and sustaining.

My hope, still, is that literature, music, all art can constitute a site of dissensus: a notion discussed by French philosopher Jacques Rancière that pushes outcast, marginalized, or disagreed-upon notions to the fore—a space where one can howl, “NO!” or acquire courage to learn to prefer not to. Progress is not a process of consensus and accord but of argument, disputation, and rejection. Even if the realm of culture and critique is a mere sandbox, in which the hater can play and grow before moving into the harsh concrete jungle of realpolitik, it is a necessary one. The aesthetic dimension is the space, the abstracted realm, in which one learns how to consider, how to admire, how to disagree and undermine, how to think for oneself.

This spirit of dissensus, rejection, agonism (as distinguished from mere antagonism), and contrarianism is energizing. It is the daft and ultimately affirmative spirit of optimism expressed through ruthless criticism and through acts of ostensible negation. It is the refusal to accept things as they are.

Excerpted from Hater: On the Virtues of Utter Disagreeability by John Semley. Copyright © 2018 John Semley. Published by Viking Canada, a division of Penguin Random House Canada Limited. Reproduced by arrangement with the Publisher. All rights reserved.