How We Talk about Race | The Walrus
Skip to content 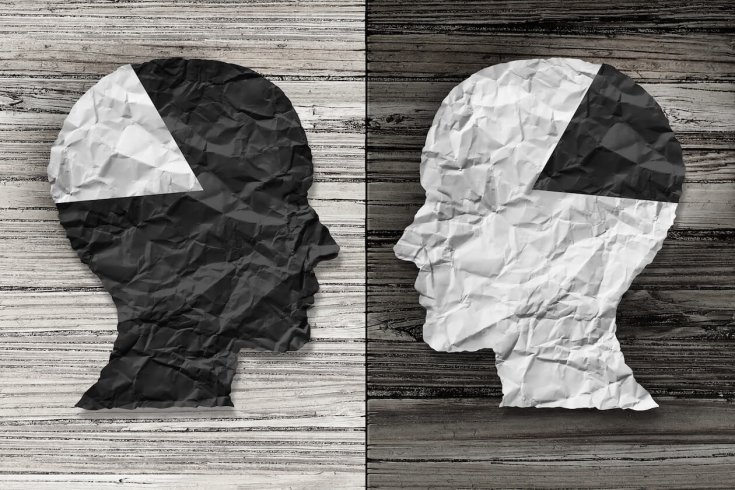 Ethnic equality concept and racial justice symbol as a black and white crumpled paper shaped as a human head on old rustic wood background with contrasting tones as a metaphor for social race issues. (wildpixel)

It was an innocent mistake—but one that brought widespread humiliation on a noted Canadian journalist and illustrated just how much our country lags behind America in terms of race coverage.

“Code-switching” is the act of changing the language you use, or how you express yourself in conversations, depending on the context. It’s a way to navigate different social and cultural settings. “Coat-switching,” however, is a gaffe that became a nationally trending hashtag last week after Toronto Star film critic Peter Howell misspelled “code–switching” in an article about Moonlight, a black gay coming-of-age drama.

Meanwhile, in Canada, racism is less overt—and it’s not because we’re too polite to talk about it.

Howell and the Star caught a lot of flack. On Twitter, readers surmised that if the Star’s newsroom was more diverse and covered race more frequently and with more depth, someone would’ve caught the error.

I wasn’t at all surprised that it happened, though. In my experience, Canada’s stale coverage of diversity stems from our national reluctance to tackle race-related topics. It’s a big reason why I decided to leave home for America, the land of Fox News and hologram reporters. Granted, journalism in the country has a reputation for recklessness, but the flip side of that is innovation.

Traditional newsrooms in Canada, where I received the bulk of my on-the-ground training as a young journalist, are overwhelmingly white and male. Some of my editors in Toronto rejected story ideas that I and people like me found interesting—not out of malice, but ignorance. They simply couldn’t relate to my worldview as a person of colour, so coverage of minorities was limited to either multicultural celebrations or incidents of outright racism. In other words, stories stayed black and white, but seldom explored anything in between.

That was several years ago, and the industry across North America has improved since then, moving toward more nuanced reporting of communities of colour. For example, Globe and Mail journalists Denise Balkissoon and Hannah Sung launched Colour Code, a podcast on race, in September.

But that’s two years after our country’s first Black Lives Matters chapter formed to protest the police shooting death of Jermaine Carby, and 14 years after a groundbreaking investigation revealed that blacks arrested by Toronto police are treated more harshly than whites. The Globe, like many Canadian outlets, was late to the game.

On the other hand, the US was and still is ahead of the curve, as evident from its many new media outlets focused on diversity—such as my current employer, Fusion—and old media outlets carving out a space for the subject. NPR even has a race-focused news site called “Code Switch.”

Although Canadian media has made strides, much of our coverage still amounts to he said, she said–style stories about racial grievances, such as “Muslim mother cites racism after she and daughter forced to leave pool,” “Thunder Bay police investigate officers’ alleged racist Facebook comments,” and the occasional contrarian op-ed that dismisses movements challenging the status quo with words such as “bullies.” Meanwhile, American coverage is more complex: for instance, a story about one marginalized group supporting another’s protest efforts, a guide on how to react when loved ones say racist things, an analysis of the stereotypical belief that multiracial people are always attractive. The difference is that such stories humanize people of colour, showing that there’s more to our lives than just outrage or celebration.

So why do American media talk about diversity more often and better than we do? First, they’ve been doing it for far longer: The US is notorious for its history of institutionalized racism, from slavery and Jim Crow laws to the recent police killings of minorities. (Of the 1,146 Americans killed by police last year, 47 percent were people of colour, according to The Guardian; this includes 18 percent black people, although they only make up 13 percent of the U.S. population.) Black Lives Matter sprang up there in 2012, two years before it caught hold in Canada, bringing race issues to the top of most Americans’ minds.

It also comes down to numbers: The US has ten times Canada’s population—including 38 percent visible minorities to our 19 percent—so from a business perspective, there’s a bigger market for race-related stories. There’s also greater supply: Many new media outlets have emerged in America over the past decade, including BuzzFeed, Vox, Mic, and The Intercept. They must constantly innovate to stay ahead, whereas Canadian outlets don’t respond to industry changes quickly enough because there’s less competition and therefore no incentive to evolve.

Born as start-ups, new media outlets also have non-traditional workplace cultures, including flatter hierarchies. As a result, young journalists can—for better or worse—take chances on coverage without having to go through an extensive approval process. In my experience, reporters occasionally self-assign and get to work immediately, whereas limited space in a newspaper or time in a newscast means this approach is riskier at traditional media outlets.

Start-up-style workforces skew younger and more diverse, a trend that naturally lends itself to fresh ideas and greater risk-taking. From its infancy, new media has also relied on traffic analytics to determine the kinds of stories that resonate with readers—and as I’ve discovered through my time working in new media, the story of Black Lives Matter is one of them.

Meanwhile, in Canada, racism is less overt—and it’s not because we’re too polite to talk about it. We’re just too uncomfortable to admit it.

Canadians tend to congratulate themselves on taking a more measured approach to news coverage, especially compared to that of Americans. But while caution is necessary when it comes to responsible reporting, it’s detrimental when applied to the industry as a whole. Racism exists in this country—look no further than the disproportionate number of Indigenous men and women in our prisons, for example—and diversity, here, is far more complicated than is traditionally portrayed. Only by talking about these issues as citizens can we start to move forward.

Canadians aren’t prone to speaking their minds, but with a racist demagogue rising to political prominence south of the border, we’d better get used to it.

First, we must accept that Canada’s demographics are changing, and that we’re no longer a nation of predominantly European backgrounds. Second, we should acknowledge that these changes may make some of us uncomfortable, but recognize that open discussion is the first step to finding solutions. Silence only perpetuates the problem.

Anita Li is a journalism consultant and instructor who specializes in editorial and business innovation in media. She is the author of The Other Wave, a newsletter about challenging the status quo in Canadian journalism.